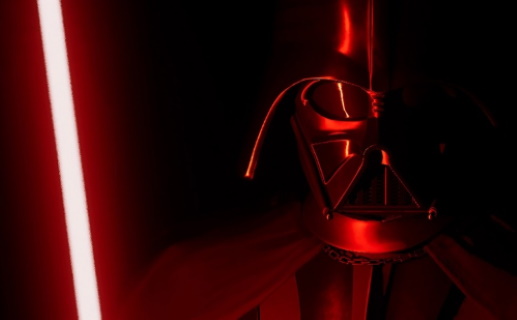 This is Part 7 of the Mythic Guide to Heroes & Villains.

Constructing a proper story without an excellent villain is almost impossible. Their absence from a story is almost always limited to plotlines in which the hero is his own worst enemy, and the story focuses on him defeating inner demons.

More commonly, the hero’s path is being blocked by an external force. Enter the villain. Not only does this opponent seek to hinder the hero at every turn, but at first he often succeeds.

In almost any story, the villain plays just as vital a role as the hero. The antagonist is often the primary reason why the hero’s story is even worth telling. Without the villain, good has nothing to triumph over, nothing challenges the protagonist, and everyone just goes about their average lives.

Without Darth Vader and the collective Empire, Stars Wars would have been about A Galaxy Far Far Away, in which Luke Skywalker helps Uncle Owen with the harvest. Without the evil step-mother, Cinderella would have been a story about a peasant girl going to a ball without resistance and marrying her prince without a hitch. Without Sauron, The Lord of the Rings would have told the epic tale of fuzzy footed individuals sitting around on peaceful grassy hills, and doing nothing.

Some stories can exist without villains, but they are often weaker for it. Take The Wizard of Oz for example. Without the Wicked Witch, this particular story would still have a plotline and an ultimate goal that would need to be accomplished. But what made the story epic for many of us as children were all the scares and suspense. We remember the witch conjuring fire, and we remember her creepy minions flying down and ripping the scarecrow apart. Having a source of danger and uncertainty gave the story most of its power. Sure, there would still be some interesting visuals and the setting would maintain its creativity. But few of us would ever come back to the vanilla plotline as adults, as we do for the story as it is with its iconic villain.

Not only is it important to have a villain, but you must have a great one. A boring villain does give your protagonist something to do, but it is all done in a lame and predictable fashion.

Some of the greatest icons in literature and cinema are villains. Far less people could tell you who Jim Hawkins is, as opposed to Long John Silver.  The story of Treasure Island has withstood the test of time for it’s extremely ground breaking villain. When we think of pirates, we think of snarling black-toothed thugs, stupid and violent in nature and serving no purpose beyond some generic opposing force for the hero to vanquish. But when we meet Long John Silver, he is not introduced to us as some illiterate evil beast. He is initially portrayed in a positive light and we learn to love the character. Only gradually is his true nature exposed, and when it hits us we take it as hard as the protagonist. Long John Silver is also unique in that he does not pay for his crimes in the end, but actually achieves a rather happy retirement as speculated by the protagonist’s narration. What’s weirder still is that we don’t feel particularly bad about it; we’re actually glad that the villain got a happy ending in this instance.

The story was groundbreaking at the time, especially for a children’s story. People crave more of that golden storytelling now. Your readers want originality. They don’t want the same two-dimensional villain that they’ve already seen far too many times.

Your best bet is to give your villain’s construction the same dedication and care that you give your hero. Don’t make your villain an extension of your hero, i.e. a generic force whose sole purpose in life is to make the hero more interesting. Instead, make the villain his own character. The villain is a real person, treat him and write him as such. He doesn’t oppose the hero’s objectives for the sake of antagonizing him. He just happens to have his own views and opinions that collide with those of the hero.

An intricate and well-written villain can make the difference between an excellent novel, and an outright terrible one.

Read more of the Mythic Guide to Heroes & Villains.  Part 8 will look at The Shadow Archetype and Powerful Villains.

More so in the movie than the book. He’s interesting in the book, but it’s really Hopkins’ spin that takes the character to another level. At least for me when I read it.

Silence of the Lambs is an excellent example. Hannibal was such a well-written and fascinating character that we were drawn to him… in spite of his horrible appetites.

I forgot to mention but someone once told me, when it comes to real villains in Fantasy, to write the story around them as much as the main character because they are the fuel for everything and usually the mc is in the position they are in because of the villain (they used Hunger Games as a example) or at least their situation is mad worse.

Once of my favourite villains even as an adult is The Goblin King from The labyrinth. Because we saw so much of him and he had a personality, plus he didn't seem totally unfair. And he didn't just kidnap the child, she asked for her little brother to be taken then regretted it. I felt like he taught the MC that every action comes with consequences and the fight to get him back was hers.
I like seeing the relationship and animosity between the villain and the hero.

Maybe I see it wrong but to me a Villain is usually evil. Not all black and white but their motivations aren't good.

Does that make any sense? Or am I talking nonsense again?

I think that often we, as new writers, tend to write the villain/antagonst as a puzzle piece, fitting it in to give the story its opposing pushback. I love to create the villains as full-fledged characters first, often spending more time trying to get to know their side of the story ahead of time than any other character. How did they get where they are. What hangs in the balance for them if they fail/achieve their goals. I want to make it personal. Once I've done that, it makes it nearly impossible to just plug and play with the villain role because I have to stay true to who they are as much as my protagonist and it always brings up situations and scenarios I would never have thought up if I had simply worked the story from one side.

I'm reminded of Silence of the Lambs. We were repulsed, scared and disgusted. . . and yet, was there anyone out there who wasn't at least a tiny bit happy to see Dr. Lecter free at the end?

“I’m reminded of Silence of the Lambs. We were repulsed, scared and disgusted. . . and yet, was there anyone out there who wasn’t at least a tiny bit happy to see Dr. Lecter free at the end?”

That’s an excellent example. Hannibal was such a well-written and fascinating character that we were drawn to him… in spite of his horrible appetites.

When it comes to the lack of villains, I’d say they come in two formats: The focal ones and extras. In doing a short story, having the latter without the former is doable. If you want to write a series or one single book, then focal villains are a must.

Secondly, less is more and better if we’re talking about focal villains. The problem I’ve seen in my local drama shows is this: The audience knew the villain, but only as one. What do I mean? Villains are far less of a monster and more of a human being. When someone said humanity and monstrosity are two sides of the same coin, it means a good storyteller must know how to look at it from the negative and positive. In this sense, one can say there’s not much difference between the hero and the villain. This goes back to less is more and better. I prefer working on one focal villain instead of attempting micro-management. This gives me the time and space to plan and flesh out the villain. Because as a storyteller, I know a villain should be more than just a pantomime baddie.

Lastly, I’d like to throw in a question: Is there a difference between villains and antagonists? It sounds like a textbook question, but it may not have a textbook answer.

“Lastly, I’d like to throw in a question: Is there a difference between villains and antagonists? It sounds like a textbook question, but it may not have a textbook answer.”

I think that the difference is motives. An antagonist is someone who gets in the way of the protagonist. The antagonist may have either good or bad motives. For example, a straight-laced police officer could be an antagonist in a story while being driven by honorable motives.

A villain, on the other hand, may or may not be an antagonist. But the villain has corrupt, selfish, or destructive motives. The villain may not be entirely bad, but his motives are less than pure.