blog An Overview of Fictional Travel

An Overview of Fictional Travel
This article is by Zaivy Luke-Aleman, and is presented by Worldbuilding Magazine. 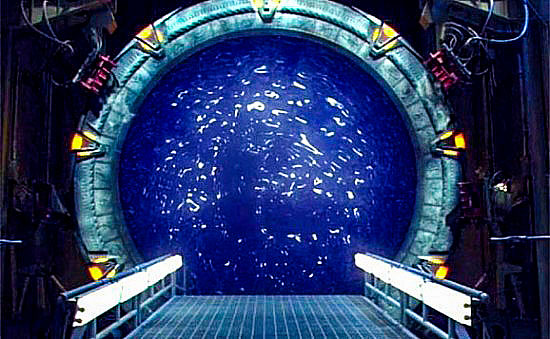 Transportation can reveal the quality of life, stage of development, and interconnection between cultures in your setting. Like all things in worldbuilding, small details can reveal a lot of information. For something so incredibly common in everyday life, transportation has many opportunities to influence your story. To show this point, I want to go into a small case study with a world I’ve been building. In it, magic users in the Anderlin area typically live isolated from people who do not use magic. Far to the west, non-magic users are rapidly developing technology, but not in a way that exactly matches how we might in real life. Where Earth citizens made carriages or wagons, the Anderlin people used a different vehicle.

About half a century ago, non-magic users went to war with the sorcerers. As a result, the scientifically-inclined soldiers from West Anderlin became curious as to how this magic was created. After the war, they used their memories of the magic they had seen, created theories around it, and developed technology influenced by it. Although they did not have the ability to use magic because of their exposure to it, their ways of thinking changed.

Sorcerers enjoy convenient travel on a hovering, blank platform. Their spell makes it so...
Continue reading the Original Blog Post.

In my story setting, different planets in different galaxies can be access by traveling through one of the eight Transitory Planes. You use a Portal to go into another universe (with some unique properties and some variations on the laws of physics) follow a route through that universe until you reach another Portal that leads to another planet, potentially in a different solar system in a different galaxy. In other words, you bypass massive amounts of distance in the original universe by going through a different one.

However, some of the Transitory Planes are set up so that Portals can be moved closer together, shortening the distance to almost nothing in some cases, which means you can travel from one planet to another as though you were stepping through a door. This is the case with the Mirror Plane, the Portals of which take the form of mirrors or highly reflective (and relatively unchanging) surfaces. (So, a pane of polished metal could become a Mirror Gate, in other words.) However, the size of such Portals is usually small, so that only one or two people can go through at a time. Setting up near-instant travel for something the size of a train or a ship through such Portals is almost impossible, at least at this stage.

Regarding vehicles, while animals still pull a majority of them, magic is being combined with technology to create new forms of vehicles, such as magical steam engines. Instead of using coal for fuel, magic energy is used to heat water into steam. This means the scale of steam engines can be reduced to some extent, so steam-powered automobiles and bicycles are currently being explored by inventors (with mixed and often dubious results.) However, even vehicles pulled by animals can be enhanced with magic. A material called Float Stone can be attached to the underside of a wagon. When heated, Float Stone will be repelled by gravity instead of attracted. The hotter the Float Stone, the stronger this effect. So, if you can set up a magical system that controls the temperature of a number of Float Stones attached to key points of a vehicle, you can make that vehicle levitate off the ground. This enables wagons and carriages to not only travel more smoothly but also get over terrain that they would normally be unable to cross. The downside is that Float Stone has to be hot enough to burn skin on contact in order to work, so designs have to take this into consideration. It can also cause the interior of a vehicle to get uncomfortably warm if there's nothing to keep the heat from being transferred inside it. This means that vehicles equipped with Float Stone are costly in a majority of cases. One other downside to Float Stone is that it does not provide either propulsion or a braking mechanism, so not only do you need animals to pull the vehicle, you also need a way to stop it without hurting the animals in the process.

While horses and oxen are among the draft animals in use, there are other varieties that I'm developing. I'm thinking of drawing inspiration from some animals that are extinct with some of them. However, not all draft animals are organic in nature. In a period before the Divine War, when the gods waged war with each other directly and messed up a ton of stuff, there were Machina (basically magical robots) that were built with designs based on various animals, including draft animals. Some of these Ancient Machina are still around and in use. Indeed, I'm working out ideas for a magical AI called the Stable Master which controls a pocket dimension called the Mechanical Stables, which is home to thousands of animal Machina. He loans these to Adventurers and other people who he believes will allow them to have experiences that might help them to become self-aware (and to use them as spies to keep tabs on what's going on in various places.) The Equine Machina are the most popular mounts and draft "animals" that he lends to people, especially the ones that can convert into a sort of hovering motorcycle with an "amazing" top speed of 50 mph / 80.5 kmph (that can only be sustained for an hour at a time at most before the Equine Machina needs to recharge.)

Airships (that is, ships that fly, not zeppelins) are a thing that exist in my story setting. Most of them use a powerful variation of Float Stone to levitate. However, like actual airships, they are rather slow and are at the mercy of the weather. Indeed, the reason they're not used for crossing oceans is because there's no solid ground for them to anchor themselves onto during storms and airships tend to be pretty terrible in the water, so weathering a storm on the ocean is... not a good idea.) For the most part, they're used for getting over difficult mountain ranges. Airships are not generally used in warfare due to their size and low speed. Since there is a crude, magical form of radar, they can't easily conceal themselves in clouds, either, and the altitude that puts them out of range of magical artillery is also the altitude where temperatures are well below freezing, which is an issue for keeping the Float Stone hot enough to be repelled by gravity. In short, getting them within striking distance of a target without being noticed is next to impossible. There is a bit of an arms race to develop airships that can overcome these obstacles, but for the time being, such vehicles are too expensive to mass produce and only good for patrol and recognizance purposes, not for combat. Even as cargo vessels, they're not that dependable, since the amount of Float Stone needed to move heavy cargo in addition to a heavy vessel would be massive and keeping that Float Stone at the right temperature would be difficult, to put it mildly.

Steam vessels are rather common in lakes and rivers, but ships traversing the oceans are still mostly powered by sails because the noise generated by paddlewheels and propellers tends to attract Sea Monsters (most of which are kaiju-sized.) Since getting attacked by Godzilla is obviously not something most ships would like to risk, sailing ships are still the most common vessels on the high seas. Steam locomotives are still mostly in their early stages, but on certain Transitory Planes, especially the Plane of Earth, they're really catching on because gravity always pulls towards the walls of the passages, not the center of mass. This means, for all intents and purposes, the train is always moving on a level surface, as far as gravity is concerned. You don't have to spend more fuel getting the train over a hill or worry about it going out of control going downhill. This means getting from one planet to another using a train is not only possible but very efficient.

But I think the thing I'm going to enjoy figuring out the most will be magical steam powered automobiles. With magic providing the heat to convert water into steam, you don't have a fire-box, so a boiler can be much more compact. I'm thinking that there are steam-powered motorcycles in the works in addition to automobiles, but there's still a lot of issues and hazards that have to be not only solved but identified before such vehicles come into widespread use. (You can't invent the windshield until you have a vehicle that can travel fast enough to require one, after all, and it's only after you have a windshield that you discover the need for windshield wipers.)

So, those are just some of the ideas I'm exploring in my story setting as far as transportation is concerned. It's a place where magic has met the industrial revolution, so there's a ton of possibilities to consider, and I'm loving it!
T

Travel. As it happens, travel is a big thing in the current WIP. Two groups of characters, at different points along the 'Strand,' a world girdling ribbon of dry land that is maybe 10 - 25 miles wide in most places, heading towards each other. They become Pilgrims, because Pilgrimages between highly unusual shrines is an accepted thing that cuts across racial and political boundaries, offering travelers a measure of protection. The first group starts out on foot, hikes most of twelve hundred miles to the first shrine, then joins a fairly traditional fantasy caravan. After that, they hop a train (yes, railway train) to the next shrine and then buy an ox cart. Second group starts out on foot, decides that really sucks after the second day and are currently 'working for bicycles.'
You must log in or register to reply here.

M
Should I include only one or several language(s) in my fictional universe?