Civilizations Thrive in Adverse Environments
This article is by Eleanor Konik. 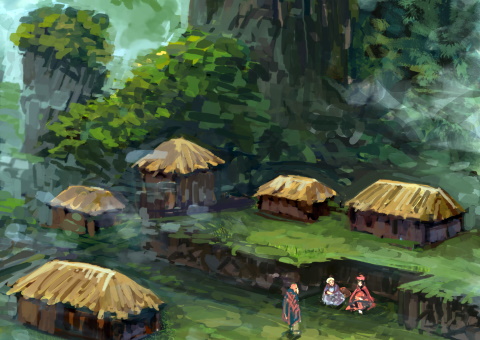 The earliest human civilizations arose in conditions that were favorable for agriculture. Ancient river valley cultures gave rise to some of history’s longest-lasting and most powerful civilizations, including the Egyptians and the Chinese.

This does not, however, mean that civilization arises exclusively in fertile floodplains, or that civilizations require the advantage of easy food production to do well. Although 21st century population density maps show urbanization centered around rivers, coasts, and temperate climates, humanity is a cosmopolitan species with permanent habitations on six of the seven continents. From the heights of La Rinconada, Peru (the highest human habitation in the world) to Oymyakon, Siberia (the coldest), we make it work.[1]

Throughout history, humans have eked out homes in the most adverse places, surviving despite challenges that often seem insurmountable even to ourselves. But we’ve done more than survived—we’ve thrived, developing cities, complex governments, record-keeping, technological advances, and other hallmarks of civilization.

The Incas, Greeks, and Aksumites forged empires in the middle of vast mountain ranges, while the Venetians and Aztecs built their...
Continue reading the Original Blog Post.
You must log in or register to reply here.

The evolution of urban civilizations