blog Lessons from the UFC: How to Keep Blood-Sports Interesting

Lessons from the UFC: How to Keep Blood-Sports Interesting
by Roel Karstenberg 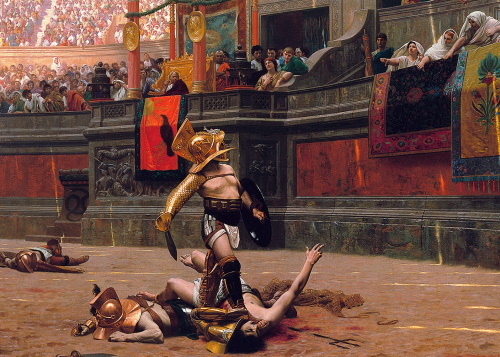 It sounds like an oxymoron: “How to keep blood-sports interesting?” You’ve got blood and you’ve got sports, the term does its own advertising! And yet, fighting promotions rise and fall, where Pride and Strikeforce once reigned, now stand One and Bellator, but one promotion stands above all its competitors. The world of MMA knows one promotion which has clawed its way to the international top and established itself as the gold standard upon whose hallowed surface skulls are crushed and blood is poured. I’m talking about none other than the UFC.

Having established itself over the years as a beacon of both quality matches and consistent drama, the UFC attracts the lion’s share of international talent in the MMA world, and with it the eyes and ears of MMA fans everywhere. Having well and truly stroked the ego of the promotion, you might be wondering what on earth any of this has to do with writing or fantasy?

Well, does your world happen to feature prizefighting, ritual combat, or the eternally popular fantasy fixture called the gladiatorial arena? If so, there are a lot of writing and worldbuilding lessons you can learn from observing the biggest promotion in the biggest modern blood-sport of the world. What makes MMA in the UFC so interesting to so many of us? And how can you use this knowledge to your advantage? To quote the Elder Scrolls IV Oblivion: “Let’s find out... LOWER, the GATES!”...
Continue reading the Original Blog Post.

Good article, cuz this stuff can be surprisingly boring if not done well.
You must log in or register to reply here.

How many times must I learn the same lessons?

Good Ways to Keep Everything Organized?

Do you keep a writing journal?

Flashforwards... ClichÃ© and how to keep suspense?