Yes, true. I like the title and I'm a sucker for cats... However, Stephen King is like putting M. Night's name on a movie. I stop right there.

Also spotted this one today: 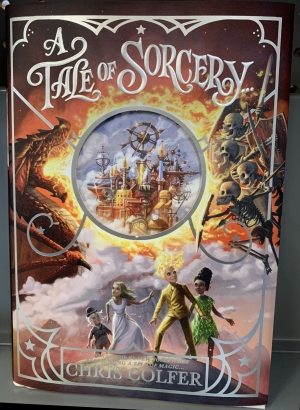 ​
A part of me liked it in the first moments. I quickly decided it was way too busy. Then I thought, WTH, Chris Colfer writes fantasy?

Too busy, but I like the impression and feel it leaves, although a YA vibe.

YA or children's. I didn't spend much time with it.

Interesting that the cover art caught my attention first. Then title. Then author's name...and I was surprised by the author's name, heh.

Edit: I'll add this. On Amazon, I found his other books, and they have the same styling for the covers. So someone familiar with his books might have associated the art and the name at a glance. At least the YA/Children's aspect would have been immediately apparent.

Demesnedenoir said:
What we really need is the author equivalent of Led Zeppelin to do a cover without their name on it and still hit #1 for months, heh heh heh.
Click to expand...

I like this idea. Perhaps it's worth a try.

I think the Dean Koontz one's quite good. Simple but attractive. The Game of Thrones cover looks completely bland to me, except for one thing. The wolf running towards me catches my interest—so that makes it a good cover.

I like a lot of the old covers. Images that I can't imagine anyone using nowadays. Like this one by Michael Moorcock. 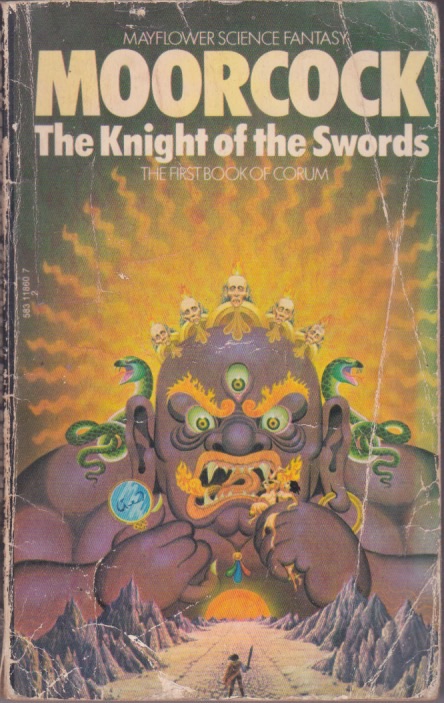 I liked the covers for the belgaraid sage, mostly cause of the use of the map on the front cover to show where it was.

I also liked the older Elric covers, they had a neat style that made them look like a tapestry with interesting art. 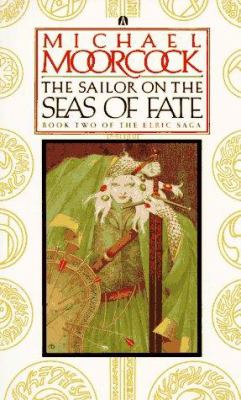 Oh yeah! I forgot the Belgariad covers, loved those back in the day, and they are still very nice.

Funny enough, I just hopped over to Godreads and pummeled with Dean Koontz Quick Silver ads with that cover. LOL.


pmmg said:
I liked the covers for the belgaraid sage, mostly cause of the use of the map on the front cover to show where it was.

I also liked the older Elric covers, they had a neat style that made them look like a tapestry with interesting art.

The Koontz cover is less than half a dozen steps in GIMP and probably similarly easy in paint.

I'd be tempted to say that having a murky "gray and gray" cover is pretty fitting for GoT. ;-)

I feel like the Koontz design could be very effective if the background was more intriguing and suggestive of the novel's contents, as long as you can create or find an image that is intriguing where the whole thing contrasts sharply with the area around the letters. Make the mind use it's imagination to fill in the gaps. Imagine a post-apoc novel with a shattered cityscape showing through the letters. Or maybe a grimdark novel with a battlefield covered with bodies in various tones of mud and blood. Something horror with a really creepy swamp or a dark mansion against a similarly dark sky. Or the hide of a scaly dragon curled up and possibly sleeping. Endless possibilities.

It's a great way for those of us who have some level of artistic skill but not enough to really do a picture that would stand on its own professionally to do our own cover work. This kind of thing is also why it is a good idea to keep an eye out for textures. If you see an interesting wall or cliff face, or tangle of vines, take pics of them because the safest royalty-free photography is the stuff you know isn't owned by anyone but you.
Last edited: Feb 15, 2022

Now I just might have to write a story that goes with that haha.

ButlerianHeretic said:
Having some fun with the Zeppelin and Koontz concepts with random name that fits a cool pic
View attachment 3072
Now I just might have to write a story that goes with that haha.
Click to expand...

Well that's how Roger Corman was said to have made movies. He'd come up with a poster, see who wanted to show the film and then make it if there was enough money...

CupofJoe said:
Well that's how Roger Corman was said to have made movies. He'd come up with a poster, see who wanted to show the film and then make it if there was enough money...
Click to expand...

I can certainly see that. It would be an interesting way to come up with stories if I ran out of ideas. Find interesting pictures, figure out how to turn them into a cover then write a story about whatever they suggest.
You must log in or register to reply here.