A few weeks ago I went camping for a night with five of my mates.  While there, they called over a trio of girls who were setting up tent in the plot next to ours.  The entire time the girls were there I sat on my lonesome prodding the fire and only vaguely listening in on the conversation.  It was mostly uninteresting. “What’s your favourite TV show?” or “What type of music are you in to?” or, sadly, “What foods do you like?”

Eventually, the topic of books was somehow brought up in the random array of subjects, although the only things I heard were derogatory to the art of reading and writing.  “I don’t read,” or “I’ll never read a book,” or “Why would I read a book when I can watch a movie?”  It disheartened me, and it made me understand how isolated I am in the 21st century as a literature enthusiast.

As time moves forward, traditional literature is slowly being put on the back burner.  Everyone would much rather plop a DVD into their surround sound system and watch a movie than sit in the corner, being quietly swallowed into a tale crafted only by words.  Why is this?  Why do directors insist on making film adaptions of every best-selling book, and why do movie-lovers continue to ignore the source material and praise only what they can see without effort?

“Writing is not a profession but a vocation of unhappiness.” – Georges Simenon, 1955

As technology progresses, we are given more and more unique ways in which to enjoy stories.  We now have the computer power to bring Middle Earth to life; to unleash a spell on Hogwarts and see it with our very eyes; and to travel through the wardrobe and be cast into the magical realm of Narnia.  There are many optimists who see this as a chance to expand on the worlds created by our most beloved authors and bring their visions to a wider audience—the stories will never die.  However, is this really the case?

Did you feel like you were right alongside Frodo as he hiked the peak of Mount Doom when you watched Peter Jackson’s rendition?  Did you feel as if you were casting magic along with Harry on the big screen?  Did you feel the coldness of the snow as you stepped foot into Narnia with the poorly computer-generations animals?  From the conversion between book and film, many things are lost.  It may be a subplot, side characters deemed unnecessary, or even entire story arcs altered by the director’s discretion.  Regardless of what is and what isn’t lost in transition, the end result always feels different; there will always be a clear distinction between book and film—the latter will never be as immersive as the former, no matter how many 3D gimmicks are fed to us.  CS Lewis once stated he wished for his creation, “The Chronicles of Narnia,” to remain as a series of books and never make the transition to movies.  He believed the magic of Narnia would never have the same impact on screen as it does in his books.  And I would agree.

“Acting is easier – writing is more creative. The lazy man vies with the industrious.” – William Shatner

People are lazy, this is truth, and the progression of technology provides only further excuses to be lazy.  Society may see itself moving forward, but in reality, all that is happening is we are finding new ways to complete tasks without exerting any effort.  However, is the developing laziness truly the answer to the downfall of reading?  You may have thought this to be the reason, and while it may hold a strong portion to the answer, I beg to differ.

Laziness does not discourage reading, rather, technology desensitises us to reading.  Computers, movies, music, video games.  The current century has so many leisure outlets that we are growing less and less despondent to what is being classed as ancient activates.  Reading is being pushed away and being replaced by other ways of absorbing a story that engages the audience in other manners.  Writing still exists but in many forms; writing a script for a movie, television or video game.

It is a sad truth that the more traditional expression of stories is fading from our world in place of interactivity.  Yet as small as our army of readers and writers has become, we still press on.  It is something of a privilege—nay, an honour—to stand for what we know and love.  And if it is a battle doomed to fail, our bookshelves abolished and replaced by DVD and video games cases, all of us and our descendants will likely go down with the ship as the last of a dying breed. 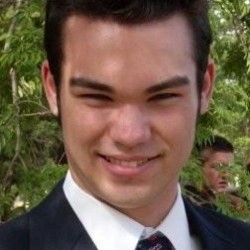 KJJ Carpenter
KJJ Carpenter is a writer, an editor and currently studying to be a teacher.He has completed one book and is currently in the search for a publisher.

Good observation but IMHO we should speak out about the virtues of reading a book to those who don’t read regularly. Reading has so many benefits and those who do seek it out miss out on them. They need to be encouraged to be reflective and thoughtful.

I am late coming in on this thread; but I have something to say. The writing community has known for some time that the industry will change…has changed…from the advent of computers to the modern day do-it-all.

Like any other industry that has versatility and value to any group of people, however small, writing will endure. Does that mean the Great American Novel will never get written? No. The Great American Novel has been written, time and again, by authors known and not. The skill and determination that must go into being an author will never become obsolete. If anything, I fully believe that we will be needed ever more as time goes by.

We must prepare for change, be able to change as the authors and publishers before us were forced to accept new frontiers. Be brave friends, and face down this tangible fear with courage and honor. It may be easier to watch a movie; but how long has it been since anyone said “that flick is my best friend?”

Every one has made such good points, that I feel over shadowed but I will voice my opinion anyway, after all it’s my nature. I’m not sure if it’s a case of my own laziness or that I find myself spread so thin. I haven’t read a book in some time now.I once believed, If I was entertained by the film, I would adore the book. I new the book would contain so much enriching extras the film would not have time to touch on. The problem with this belief system is I haven’t enjoyed a film in years. I feel out of touch with the current novelists abroad. I miss those days of obscure genius falling into my lap. what ever happened to my volume’s depicting Elrick of Melnibone, Oh where are you now prisoner of the horned helm. Sometimes it really does feel like, video killed the radio star.

I agree generally with your comments, especially concerning adaptation from text to other media. To my mind, nothing can replace the interaction between reader and text, no matter how compelling or technically sophisticated the adaptation might be. And I do think it’s laziness, at least in part, that keeps non-readers the way they are: home from work, they simply don’t want to be “bothered” by something that does require their attention. At the same time, though, I am heartened by the fact that the Kindle is Amazon.com’s all-time product sales leader. And that’s just counting the most recent generation of Kindle, never mind previous generations or competing products. So people are still reading, even if it isn’t paper text (which is not altogether a bad thing)… and if my local bookstores are any indication, I’m not seeing any signs of the book publishing industry being endangered any time soon—which implies there might actually be more people reading text now than ever before. I can’t recall a time when I perceived “more” people reading than I do now; to me, it seems about the same. Then again, the people I normally associate with are people who do read books: that’s part of how we became friends in the first place, so my experience is probably biased. Still, I seem to see as many people cracking paperbacks on the bus or at the airport as I ever did. So I’m fairly confident that reading isn’t a dying pastime, and am cautiously optimistic that it might even be on the rise. We can certainly hope it is.

Wonderful article all around. Very provocative.

Has there ever been a golden age of reading? By which I mean, has it ever been anything other than a minority past-time? Although I was always reading as a kid, I was pretty much alone in that. Most of my friends preferred playing football or creating whatever mischief they could legally get away with. These days, with a multitude of ways to entertain ourselves, I imagine holding a book in your hand might seem like quite a dull way to spend a few hours. Having said that, I don’t think the joy of immersing oneself in a well-realised world will ever disappear (though it may suffer a peculair transformation with the advent of e-readers). And even if the publishing industry died tomorrow, I’ve still got shelves and shelves filled with old friends. That’ll do for me.