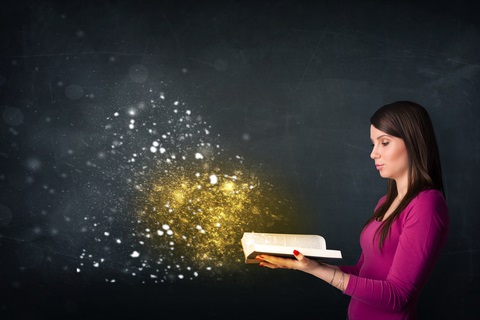 When the spark of a new story ignites in my brain, often it is merely a snap shot, or the heart tug of an emotional moment. That heart tug can sometimes hit me so hard, and feel so real, that I know there is a story lurking behind it, begging to be written.

Erik Bork, writer of the mini-series Band of Brothers, notes, “as writers of stories, our mission is not so much to engage people’s minds by presenting them with things that are interesting. Our primary job is to stimulate them to feel something – and that’s what they pay us to do,” (Ten Key Principals to Writer Success).

I believe that at the end of the day, when a reader chooses a story, either from the shelf or from a device, they are searching to feel something in the same way we felt the first heart tug that compelled us to write in the first place. Whether that feeling is joy, passion, aliveness, fear, or relief, readers want to feel part of something they care about and connect with.

But as writers, navigating the vast emotional landscape of an entire novel can be challenging. How does one create the authentic emotions in a character necessary to create deep emotional attachment by the reader?

I wore a black suit and a white shirt, a black tie and black shoes, all polished and shiny; clothes that normally would make me feel uncomfortable, as if I were in a stolen uniform, or pretending to be an adult. Today they gave me comfort of a kind. I was wearing the right clothes for a hard day.

Neil Gaiman, The Ocean At The End of The Lane

When I first started writing I knew I wanted to stir a deep well of emotion in my reader. I poured my heart and soul into the emotions of my characters, allowing them to laugh, cry, scream, rage, tremble and sigh. Yet, when people read my stories the feedback would always come back as “I did not feel connected to the character in this moment. The emotions did not feel authentic.”

Did not feel authentic? How was that even possible? I had written entire pages describing the pain and sadness of grief. I had showered the page with my character’s tears. I had been brought to tears myself! How could this not feel authentic?

So how do we avoid ‘on the nose’ emotion in our writing?

By understanding that human beings never feel one emotion at a time, and mining those alternative, subtle, nuanced emotions.

Oftentimes newer writers will give the character the first emotion that comes to mind, usually the most obvious emotion they think the character would feel. But real people don’t feel only one emotion at a time. Real people can feel a confusing mess of many possible emotions, sometimes even in conflict with each other.

Hunting for ‘On The Nose’ Emotion

Familiar emotions, especially when in neon lights, have little effect on readers. By contrast, going sideways to explore secondary and nuanced emotions can bring a fictional moment ferociously alive.

But all of these are obvious emotions.

Have a look at your character again. If he/she is feeling rage, fear, loathing, desire, joy, or grief, delete that now. Think sideways. What other emotions could that character be feeling at the same time?

If we consider the quote above by Neil Gaiman, he gives the character an obvious emotion, discomfort. The character is on his way to a funeral, dressed in clothes that normally would not make him feel himself. Gaiman could have stopped there, but he didn’t. Simply stopping there would have given us only one side of the character making him a flat cardboard cut-out. Two dimensional.

In order for our characters to feel three dimensional they must feel more than the obvious, and so Gaiman showed the reader that while typically these clothes would make the character uncomfortable, today they felt like the “right thing for a hard day”.

The character feels two conflicting things at once, bringing him to life and making his grief feel more authentic.

Have a look at that emotional moment in your manuscript again.

Think of a few other emotions that your character could be feeling at that time. Perhaps the grieving woman is also relieved that the dead no longer feels pain. Perhaps the man in the tavern brawl feels remorse about damaging an establishment he enjoys frequenting.

Replace the obvious emotion with a less expected nuanced emotion to wake up your reader and make your character feel more alive.

Are you a cool or warm writer? Do you love to keep character emotions off the page, or do you prefer to splay character’s hearts wide open?

What strategies do you use to help bring life and humanity to your characters?

How do you handle character emotions in non-human characters?

Have you ever been surprised when you planned for a character to feel a certain way, but when it came to writing it down it came out as something unexpected? 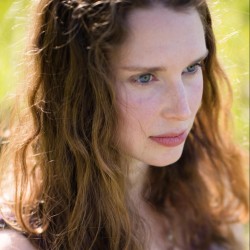 Jennifer Baruta
Reading outside. Preferably in a tent in the rain.

I can’t imagine writing a book where seriously deep thoughts and emotions weren’t a major part of the story. When reading, i enjoy lighthearted reads, but when I write, I want to punch a reader in the gut and then kick them while they’re down, I suppose. But I hope that with each ending I write, it feels like a hand extended to the reader, to help them back to their feet. I’d hate to be cruel, but I do like to cause a little hurt. I don’t know what that says about me as a person, but it’s what feels right.

I definitely subscribed to the same belief, even before I ever knew it was actually a thing: make a character want two equal but opposite things. She wants to run in fear, and wants to stand her ground and draw a line in the sand. He wants to trust her, but he doesn’t trust women anymore. They always swore they’d be friends forever, but their paths are diverging.

I think the best scenes I’ve ever written had those equal but opposite sorts of emotions, and though the emotions may not have been particularly “strong” (I mean that someone might have been annoyed, rather than hateful, or proud, rather than elated), they were magnified by their conflict with the opposite feeling that occurred at the same time.

Thanks Brian, I’m glad this was helpful for you! A little trick I have learned is when writing an emotion scene if a certain character reaction comes to me right away I reverse it. This way I avoid the obvious reaction and offer the reader a puzzle instead. When i reverse the obvious reaction and find a way to use the opposite the reader has to sit up and take notice because it becomes a mystery. Why would the character react this way?

I find when I get in the habit of doing this the scene becomes more ‘real’.

Thank you for this great reminder.

I try not to be blatant and one-dimensional with my characters’ emotions, but I sometime wonder if I go too far the other way. I find it challenging to gauge how a reader will respond to my attempts. In going too subtle, have I made the emotion not there at all?

It’s possible you are just a “cool” writer, in the ranks of Hemmingway. Many writers believe in keeping emotion off the page, leaving it up to the reader to fill in the blanks. That is totally okay and if your readers are satisfied then keep doing what you are doing!

I know that I often find myself rewriting paragraphs because the emotion that’s coming across just doesn’t feel right. It’s one of those things that’s usually hard to put your finger on, which is why I appreciate this article. I’ll be on the hunt to weed out “on the nose” emotion in my writing.