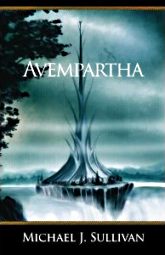 Whether you are planning to self-publish or go the traditional route, there are two important pieces of writing that you need to pay particular attention to.

The first is what is sometimes referred to as the back of the book marketing copy (which I may cover in a future post), but today I want to talk about your book’s opening.

Whether it’s an agent reviewing submissions or a potential reader browsing through new releases, if you aren’t compelling right from the start they’ll quickly move on—an opportunity lost.

So what makes a good opening?

Ask any group of writers and you’ll likely get a number of different answers, but for my money the answer is always: curiosity.

You have to pique their interest, give them something to ponder. Like the Reese’s Pieces that lured E.T., you have to provide something tasty to entice them toward the next sentence, to the end of paragraph, and if they reach the end of the page … you’ll be in good shape.

Because the opening is so crucial, many authors find themselves spinning their wheels early on.

I agree that it requires a lot of effort to come up with a killer opening (I’ve been known to spend 20 – 40 hours on a first paragraph), but it’s usually a waste of time to concentrate too much on your opening right off the bat.

In fact, I suggest you reverse the process; the opening should be the last thing you work on.

I’ve written more than 25 books and none of them start where I thought they would. In Nyphron Rising what was once page one is now page 105, and the opening chapter of Avempartha was cut altogether.

Starting at the Right Place

So how should you go about polishing your opening?

The first question you need to ask yourself is, “Does my book start at the right place?”

Many new authors provide too much setup or background on characters, settings, or both. This is almost always a mistake. Yes, it’s important to give your reader a grounding, but an experienced writer knows there is a whole book to tell all that cool stuff you’ve thought up. If you preload information, you’ll come off looking like a novice. Fight this urge … fight it hard.

I want you to pay particular attention to your first sentence. You’d be surprised how many book bloggers routinely quote it when reviewing your book. This can be fantastic free advertising, if you realize this fact and plan appropriately.

Here is the opening to my second book, Avempartha.

As the man stepped out of the shadows, Wyatt Deminthal knew this would be the worst, and possibly the last, day of his life. Dressed in raw wool and rough leather, the man was vaguely familiar, a face seen briefly by candlelight two years earlier. A face Wyatt had hoped never to see again. The man carried three swords, each one battered and dull, the grips sweat-stained and frayed. Taller than Wyatt by nearly a foot, with broader shoulders and powerful hands, he stood with his weight distributed across the balls of his feet. His eyes locked on Wyatt like cats stare at mice.

Here are some of the things I was striving to do.

“Baron Delano DeWitt of Dagastan?” An accusation, not a question.

Wyatt felt his heart shudder. Even after he recognized the face, a part of him—the optimist that had somehow managed to survive after all these dreadful years—still hoped the man was only after his money, but with the sound of those words that hope died.

Now I’ve provided some more information … The man is calling him by a different name. Wyatt has been barely surviving for some time and obviously did something that would invite retribution when posing as DeWitt.

Notice that in just three paragraphs I’ve established not only a setting, but provided a small mystery, and even some insight into Wyatt’s past without “spilling all the beans.” I’m holding back details to coax the reader towards subsequent paragraphs.

If you are new to writing I suggest that you study other author’s openings. Make a list with one column for good openings, another for those don’t invite the reader to delve further. Use the “Look inside the book” feature of Amazon. Find at least twenty openings that you feel draw you into the story. Then put your own alongside them.  Does it stack up? If not, then you need to work on it some more.

Do you have what you think is a great opening? If so please post it here and I’ll be glad to provide some feedback.

Michael J. Sullivan’s Heir of Novron was recently published by Orbit Books.  You can learn more about his Riyria Revelations (an epic fantasy series about two unlikely heroes) at Michael’s blog. 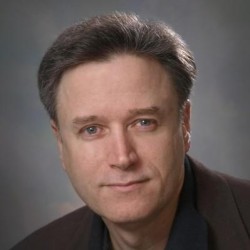 Michael J. Sullivan
Michael Sullivan is a full-time writer whose Riyria Revelations series has sold more than 100,000 copies. His books have been translated into elven languages and have spent many months on multiple Amazon lists for Historical Fantasy, Epic Fantasy, and Fantasy including: Bestsellers, Top Rated, Most Wished For, and Hottest New Releases.