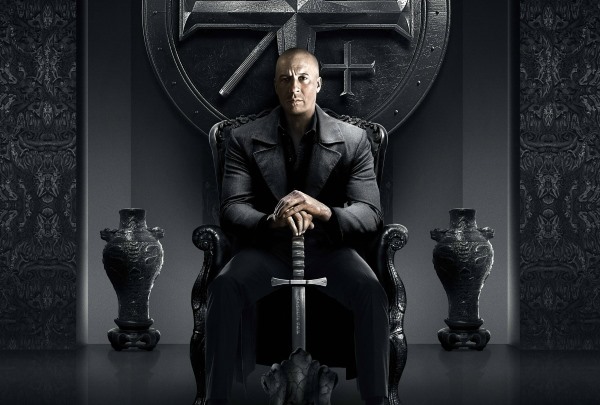 When The Last Witch Hunter first hit the theaters, the reviews were a mixed bag of complaints and acceptance. Many often stated that the movie entertained, but lacked the depth of a blockbuster offering. I have to admit, such reviews prevented me from watching the movie on the big screen.

A recent international trip offered the movie and quite a bit of time on my hands. Left with little else to do (I watched another movie beforehand), I gave The Last Witch Hunter a try. The results were exactly as the many reviewers related. But it didn’t have to be so.

What follows is a discussion of what went wrong and how these lessons apply to our writing. For obvious reasons there will be spoilers. I repeat, SPOILERS AHEAD.

The first item that derailed the movie was the prologue/flashback. Fantasy writers tend to want to share their darlings. They want the reader to marvel at the rich past and see how cunning they were in tying an event from the distant past to the present. In The Last Witch Hunter, the prologue shows of the original slaying of the Witch Queen. This is where our hero Kaulder, played by Vin Diesel, is cursed with eternal life for the stated reason of punishment. So, what’s wrong?

We didn’t need to see any of the flashback. The scene devoured ten or so minutes of movie time. The only thing it did was establish the Witch Queen as killable. Well, that’s anticlimactic. I want a sense of unknown when the two finally square off at the end. Instead, I now have expectations. Since the movie played to my expectation, I was left underwhelmed. Better to cut the prologue and dive right into the present story. Sprinkle some of the past history throughout the movie with dialogue. 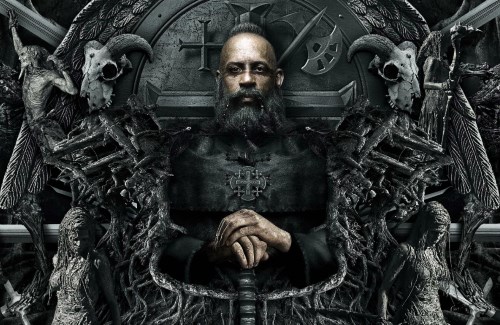 Next on the list is pacing. A significant segment of the movie was devoted to something called a memory potion. Kaulder needed this potion to discern the motive of the bad guys in the present plot. While the idea itself is fine, the time invested in this pursuit dragged the movie along. There were three attempts at gathering the ingredients for a memory potion, and all three attempts failed. The first failure was handled well, albeit a bit forced (the sudden loyalty of Chloe, a witch, to the Witch Hunter). For the second failed attempt, I gave them a pass. The third attempt, however, did nothing to push the plot forward.

Finally, when all three attempts fail, Kaulder asks Chloe, played by Rose Leslie, to perform a dream walk to trigger his memory. She reveals herself to be a dream walker in the third attempt.

But, wait, you said all those attempts did little to move the story!

Well, this is my third gripe. Kaulder tells Chloe about her abilities. She is the dream walker, but he is telling her how to use the gift. This makes Kaulder a Marty Stu (Mary Sue) of sorts. Not only is he immortal, extremely wealthy, able to fight, and use some magic, he knows more about the abilities of witches than witches. The simple fix is to have Chloe tell him she can do this after the failed second attempt. They story writers placed a nice obstacle concerning her dream walking that would have served well in my proposed modification.

Finally, the biggest gripe of them all, is the transparent or inconsistent plot devices. First, Kaulder lost his wife and daughter 800 years ago as a result of the first Witch Queen. Such familial deaths are an instant way of garnering sympathy for the main character. They did this little justice, or tried but failed, depending on which way one would choose to fix it. I’d invest less time to this plot device. It’s been 800 years, after all, and time tends to heal.

Another clumsy plot device is the Reluctant Sidekick. The writers botched this. Instead of giving Chloe her own motive to help or impede Kaulder, she just ends up tagging along. The writers try to link her motive to her own life—Kaulder promises to keep her alive if she helps—but the whole thing screamed lazy transparency. Instead, give her a moral motive. She likes the current peace between witches and humans and wants to uphold it. Done. Now she’s less of a shadow of Kaulder, lost in the story, and more of a strong secondary character.

Near the end of the movie a cleric, someone charged with helping Kaulder in his mission to stop corrupt witches, betrays Kaulder. This manifests as a hostage situation where the priest has Chloe at gunpoint and tells Kaulder to not kill the reincarnated Witch Queen. The problem is that earlier the cleric was alone with Chloe, tasked with protecting her as she dream walked into another witch to stop the summons of a plague. He could have betrayed the protagonists there by killing Chloe. He had a gun, they were alone, she was not aware of her surroundings, done. Nope. A public betrayal (to Kaulder) was forced upon us for dramatic effect, and to keep the heroine/love interest alive.

The writers could have opted for a cleaner scene, one where the cleric touches Chloe and is pulled into her dream walking (touch seems to be important for the magic to work). The resulting scene would have made Chloe that much more capable by dispatching two threats and the betrayal more potent for its suddenness.

Immortality is next on the list. Kaulder loses it when the Witch Queen is resurrected, but gains it back upon her inevitable destruction. No reason is given (unlike the first time he received it). This is just lazy writing. A simple solution is to have curses visible to other witches. Chloe, when walking in Kaulder’s dream, could have seen the curse. Upon the destruction of the Witch Queen, she could have renewed the curse to save Kaulder’s life. Simple and cleaner.

My final complaint is the cliffhanger for a sequel. I know movies do this for monetary potential, but such a standard tool should be handled with more thought. Chloe tells Kaulder that she saw the threats of greater evils during her dream walking with the Witch Queen. This foreboding was enough to persuade Kaulder from destroying the item that grants him his immortality. So, this world has so many evils but nothing is present to the audience except the threat shown us? This is lazy world building and created the effect of a classic RPG video game. Defeat one quest and then move onto the next. Life doesn’t work like this and neither should a fantasy world. The simple fix is to have some threat presented in the background. A news story, a discussion between the protagonists, etc.

I’ve listed my complaints and simple ways to fix them, but what are the lessons?

I’ve learned this lesson the hard way. Sometimes we are so eager to complete a story that we rush the production and skimp on quality. Readers (or viewers) can detect laziness. It’s the plot holes, the stilted dialogue, the lack of imagination in world building, pacing issues, and so on. Lazy is not putting your work through enough revisions, or not investing properly in the revisions. Give your works time, let them breathe, put them through scrutiny. Do all you can do to make your story of the highest quality.

I’m sure the writers of The Last Witch Hunter had their work reviewed. At least, I hope so. The challenge isn’t submitting your work for criticism, it’s dispassionately processing the criticism and applying what works to your story. Writers (artists), suffer from the curse of ego. These are our creations forged in the fires of our imaginations. How can someone other than us know how to polish what is ours?

The answer lies in the difference between a hobbyist and a professional of the craft.

You’ll never think to eat plain rice when hungry, but it gets the job done. Lackluster stories are the same. No one will think to pick up your future stories if they are burdened with run-of-the-mill quality. Learn the art of storytelling, get feedback, and make a masterpiece. Essentially, follow the rule of quality over quantity. Your audience will come back for more.

Do you agree with my analysis of The Last Witch Hunter? If not, where am I going wrong?

I’m considering making film analysis a regular feature on Mythic Scribes.  Can you suggest another movie for me to place under the microscope?