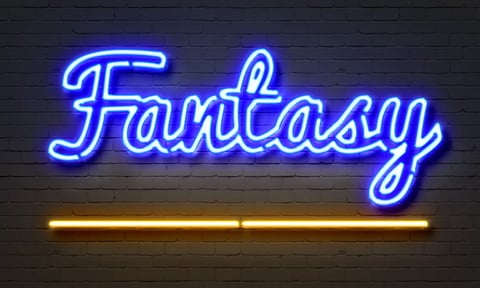 Alright! The Muses sing, drawing you to the desk, pump your veins with hot blood and fill your mind with combustible imagination. You’re on fire and ready to write. The idea once tumbling in your mind is bucking with life and wants to breath words on your screen. It’s awesome. You’re awesome. All is good.

Then the passions temper under the cool, steady light of your computer screen. The process of fleshing out your idea with words demands time. So much so, you feel the vibrant energy of your story suffocate under the process. Now you’re using the logical, analytical side of your brain. Each scene or circumstance demands continuity and must fit into the internal logic of your world. Everything must make sense; else the reader will dismiss this pile of junk for amateur hubris.

With logic comes the questions. A train of them, each rumbling down the tracks uncaring of the idea which once bucked in the stables of your mind, eager for freedom, now tied to the rails. All of the doubts can easily be summarized into “Can I?”

Does it make sense for a dragon to love a human?

Does the magic system make sense?

Does the social construct I want to use make sense?

I hope you’re sitting down. This may rattle what remained of your original gusto. If you’re asking this question, then the answer is no. None of it makes sense. Hold on, put your knives away. I have a wife and kids! And I have proof!

You, oh author, are the first audience of your work. You possess a level of logical deduction falling within the general spectrum of your audience. That doubt you feel? That resistance? That’s your logic hijacking your subconscious and trying to steer you off the course you’ve taken. It senses the danger that you don’t see. It knows that just past that bend is a sheer cliff leading to a valley of dead ideas. It wants to save your story.

Knives still out? Well, the good news is it’s your mess. Also, you have the power to fix it. Here are the things I consider when I run face-first into a wall of logic.

All Stories are Entrenched in the Human Condition

What does that have to do with anything? Well, plenty. Save for the hyper intelligent cat or the self-aware AI, anyone who picks up your story will be a human. As such, they have their own set of experiences as well as an ancestral narrative which firmly defines their sense of the probable and plausible.

Beyond those experiences, most readers will have a shared spectrum of emotional reactions. These emotions are what you, the author, want to tug on for the story to latch onto their hearts and leech blood to stir its own life.

That said, your characters will most likely mimic the reader’s emotional spectrum. They will react as readers would react. They will exist in a world where their emotions evolve the same as ours.

The great things about living, breathing humans is their ability to negotiate. They’ll gladly give the author time to pitch them their fantastic idea if their attention was bought with something. Whether it’s solid prose, or an interesting character, or a solid premise.

With the purchased patience in your pocket, you’re able to pitch the unbelievable. They will give you enough time to see what else your selling, and if it’s done before they lose interest, they may buy that, too. Surround your unbelievable with other commonly accept currency. Bribe them for the time. Bribe them to invest in your story. Bribe them to set up the next leg.

What is normal in a work of fiction? Slap fantasy on that genre and suddenly you’re given so much room to explore the unbelievable. The key, of course, is that all the unbelievable you want to showcase must follow an internal world logic.

Do women only have the ability to shapeshift? Sure, so long as this is established, and the world exposed to this bizarre trait react accordingly.

Does a nation follow the leadership of children? Why not. Make the internal logic work for this nation. Make it believable to these people.

Are wars settled by a competition of dancers? Have at it. As long as the rules are followed, and the repercussions of actual war cause an unwanted consequence.

At the end of the day, we write fantasy. Fantasy allows the author the freedom to explore, wait for it, fantastic ideas. Don’t shy away from the challenge. Don’t ask “Can I?” Instead, ask “How do I?”

Here are some question to ask yourself:

I prefer the old skool side of things

Is it really doubt?

Or is it the dawning reality of exactly huge is the task?

Gets easier once you've completed a draft with which you're happy. You understand the process and the volume of work much better then (and know you can actually get through it).

I agree. The hardest part for me seems to be the long haul through the middle of the story, connecting all those interesting scenes in a way which makes the story complete. I try very hard not to think about the size of the task when I start a new story (especially when it's intended to be a novel) and instead focus on the joy of creating. As for making sense, I think that provided you have some idea of where the story is going then it will work out once you get it down in writing.

If you are creating your own world, sure, anything goes, right?

With other stories, things have to happen to make a story exciting. Can your main characters get into jams over and over and get out of them? Well, they have to solve them for the story to continue. If they didn’t, well, that’s not interesting is it?

Readers also have to suspend their disbelief in many ways, accepting that the author is creating a world or story that will come to a conclusion after many ups and downs within the narrative.

Is it really doubt?

Or is it the dawning reality of exactly huge is the task?

Gets easier once you've completed a draft with which you're happy. You understand the process and the volume of work much better then (and know you can actually get through it).

I have often thought the question, "What is allowed?" to be ridiculous. Can you? Yes, you can. It's speculative fiction; do whatever you want. Sell it.

"Can glass swords work?" No. Yes. Which world are you using?

"What would happen if…." is sometimes a difficult question to answer correctly for our own world. What would happen if I get married? If I bought a Powerball ticket? If I started my own business? If extraterrestrials landed in Central Park? Does anyone know the full scope of any answer to any of these questions? Who is a prophet, here?

But in a created world, with its own history, physics, biology, cultures, and people…The full answer may be easier. You, as author, get to determine the answer however you see fit. Make it work.

All this said, legitimate limits exist. Can you? I don't know, but I know this question is different than May you? Sometimes, you can't sell it. Not yet, at least. You haven't figured it out. You haven't found or invented the logic sufficiently for yourself let alone for a set of as-yet-abstract readers.

Should you try? Yes, I think so. Why not? If it matters to you, give it a go.

Should you give up? No. Yes. Maybe. There are trillions of ideas, and you don't have time to devote your lifetime to figuring out all of them.

But do get on with it.

You have perfectly encapsulated the motive behind this post. I often wonder why this question is asked in this forum and so many others Can you? Is the question more of self doubt than curiosity? I think so.

“Get on with it.” Is the perfect answer.