This article is by Keitha Sargent. 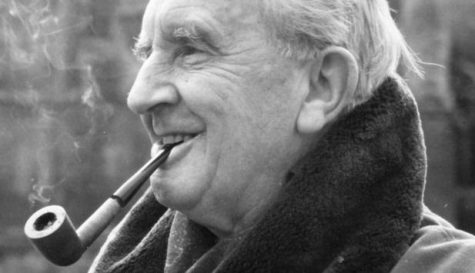 To get the most out of Tolkien’s works, it is important to understand a little about the man, his life, passions and views. Several things shaped the imagination from which Middle Earth emerged: his childhood in England, his experiences in the First World War, and his love for ‘Northern’ myth and literature.

Tolkien was born in South Africa to English parents. When he was 3, his father died, and in 1896 the family settled in a small village in central England. In 1966, Tolkien described the place as “a kind of lost paradise” and, for the rest of his life, it remained an ideal. Tolkien had a deep love for England, even suggesting that, thanks to a sort of race-memory, he recognised the Anglo-Saxon language when he first encountered it as a boy.

Closely related to his love for England was his distaste for the modern world. This extended even to literature. For a professor, he was remarkably ignorant of contemporary writers and used to joke “English Literature ended with Chaucer”, inverting the cliché that Chaucer was ‘father’ of the language. For Tolkien, ‘modern’ was a word with negative connotations; to him it meant industrialism, machines, overcrowding, noise and speed. In 1933, he returned to the village of his childhood and wrote bitterly that the place had been engulfed by trams, roads, and hideous housing estates. 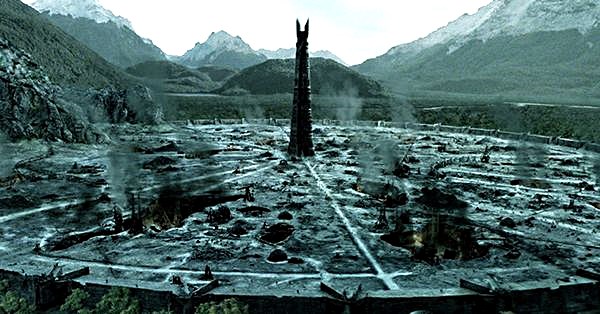 The First World War was the historical event of Tolkien’s youth. Overshadowed by the second war, it is difficult today to grasp just how momentous an event it was for those living through it. On the first day of the Somme battle, for example, the British lost nearly 20,000 men. By the end of the war, virtually every family in Britain had lost someone. Tolkien himself fought as an Officer and took part in the Somme battle.

Finally, there was Tolkien’s love for ‘Northerness’. By this, he meant the literature, myth and language of the northern European peoples. The atmosphere of Beowulf and the Norse sagas appealed to Tolkien, and he was impressed by the grim, stoical courage of the ‘Northern’ warrior. As professor of Anglo-Saxon at Oxford, he knew this world thoroughly. For Tolkien, the Norman conquest of 1066, which brought the Anglo-Saxon period to an end, pained him as much as if it had occurred in his own lifetime. More generally, Tolkien, though a committed Christian, saw immense value in Myth itself. He disagreed with C S Lewis’ view that myth was ultimately a lie. Instead, argued Tolkien, by creating myth, humans are expressing divine truth.

Once these facts are understood, the works begin to make sense. The Shire mixes together his love of England and preference for the simple, rural life over the urbanised, fast-paced modern world. Tolkien once said “the hobbits are just rustic English people”, adding “I am in fact a hobbit”. Like the hobbits, Tolkien had a great love for what he called the ‘homely’: simple food, beer, pubs, tobacco and crackling fires. The Shire was not so much a creation as an idealized re-creation of his rural childhood and the life he would himself have enjoyed. 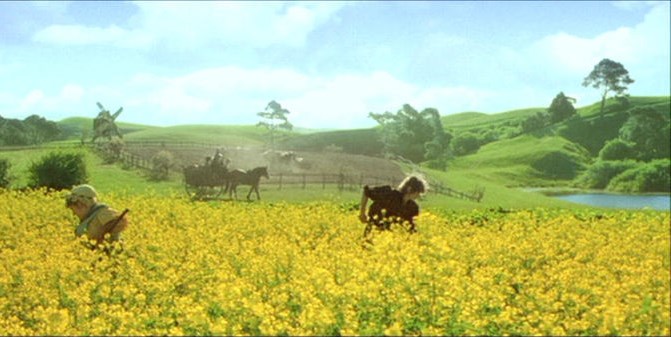 And, just as the peace of the Shire is threatened by an outside power, so the England of Tolkien’s youth faced the German army. As an officer he came to admire the courage, suffering and sacrifice of the young British soldiers, many of them away from home for the first time. And Sam, The Lord of the Rings true hero, is based on the young privates he met, many from simple, agricultural backgrounds.

Finally, there is Tolkien’s interest in the Anglo-Saxons and pre-Christian, Northern European cultures. Out of this, he formed his own mythic landscape. In a sense, The Hobbit and The Lord of the Rings consist of two separate worlds arising from two separate parts of Tolkien’s psyche. In the background is the vast, mythic landscape of Middle Earth, formed out of his love for ancient myth and literature. And in the foreground, the Shire, based on his English childhood.

No great work emerges from a void. The writer’s imagination is moulded and shaped by the passions they develop and the experiences they undergo. This is especially true of Tolkien.

Tolkien saw immense value in myth itself. Do you agree with Tolkien that by creating myth, humans are expressing divine truth?

Do you sympathize with Tolkien’s distaste for the modern world? For you, does “modern” have negative connotations?

Has your own writing been shaped by your life experiences? If so, how?

While I respect Tolkien, I just can’t get into his works. And I’ve tried. I feel like an outcast sometimes because the Tolkienverse bores me to tears. In fact, someone once recognized a book to me titled Bored of the Rings, LOL.

I would have to say that I do believe in the value of myth as that is why many readers are reading in the first place, they want to read something different than the norm. My own childhood has affected the way I write and what I write about. It could be things that I wanted to do as a child but couldn’t or the things that I aspired to be when I grew up.

I noticed that while my writing hasn’t been related to my experiences in my book, it has in my poetry. I don’t know if anyone who read this article writes poetry but if you do, I am sure you can relate. A lot of my poetry comes from sadness and hard times, and I feel those emotions are sometimes best for writing.

Modern world has enslaved us to live in the clutches of capitalism. Someone must suffer in order for someone to enjoy. We work to pay inevitable bills and debts. We don’t get to enjoy life and see what the world has to offer. That makes me pessimistic to that term.

To what term? Myth?

Great post! I too agree that myth can show truth. LOTR has deeply affected my world view, so much that I can have hope that my seriously ill father can recover when others do not see that, because if Sam can have hope while Mount Doom is exploding around him and Faramir can and Gandalf can and Aragorn can in their situations, so can I! Please pray for him. Thanks!

For further reading on myth and what it can convey, I highly recommend Tolkien’s delightful essay “On Fairy-Stories” which goes in to detail about this.

Do you have a link to the essay?

I don’t know if it’s legal to distribute the essay online. But here’s a link to the most complete edition on Amazon:

I learned so much from reading this. Myself trying to break into fantasy writing, I wish I had a similar life experience to him, instead of the doldrums that comprised my childhood. I agree that myth promotes divine truth; myth helps us explain what we perceive as the unknown. We make sense of things that are out of reach of us.

I agree with Tolkien that by writing myth, humans are expressing divine truth. Myths speak directly to the unconscious mind, and tap into the recesses of the human soul.

When I first read The Hobbit as a child, it spoke to something deep within in me. It was as if old memories were awoken. That’s because The Hobbit, as a well-crafted myth, tapped into my deepest longings as a human being, and conveyed truth. That’s the real power of fantasy.