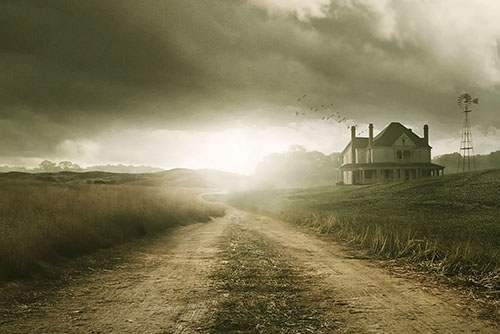 A few years ago, I wrote an article for this site called The Walking Dead is Not About Zombies.  In it I show that the zombie apocalypse is just a backdrop.  The thought experiments that explore who we are as humans is where the core value of the storytelling resides.

Now, a few years later, we can take this a step further and show how the Walking Dead explores society itself.  This has occurred in phases.  Each phase can be defined in terms of a central threat, and questions about how to deal with it from both a strategic and moral standpoint.

Phase 1.  The Walkers
After the outbreak occurred a lot of questions arise as to how to kill these walkers, and if it was okay to kill them given that they were once humans.

Phase 2.  The Humans
After it was determined if and how to kill walkers, the next thing to deal with were other non-walker humans.  In a lawless society, some individuals will resort to blunt force to get their way.  Determining how to deal with those individuals became the next phase.

Phase 3.  The Other Group
For the survivors who were intelligent enough to realize that every-man-for-himself was a bad approach, there was a realization that there is safety in numbers.  Thus, groups were formed.  Some groups wanted to live in peace.  Other groups used their numbers to get whatever they wanted through force.

Phase 4.  Us
Once a group had relative safety and enough resources to sustain itself, it needed to determine how to organize it’s internal society.  What were its guiding principles and chief aims?  What laws would it have?  What would it do with those who broke those laws?

Phase 5.  Groups of Groups
As these groups formed, some groups came up with different answers to the questions posed in Phase 4.  While many groups were mostly concerned with themselves, there where groups who were interested in how they could perpetually farm resources from other groups using force.  Now groups have to form alliances to help take care of this.

In Phase 5 of the series, we see a microcosm of the real world.  Instead of countries, we are working with smaller groups, but with some of the same problems.  The thought experiments are now about how to morally create a society when there are no longer governments.

Interestingly, these types of thought experiments are not new.  If you’ve ever delved into anarcho-capitalism, anarcho-communism, or minarchism on the internet, most folks with those ideologies believe in shared principles such as the Non-Agression Principle:

The non-aggression priniciple… is an ethical stance which asserts that “aggression” is inherently illegitimate.  “Aggression”, for the purposes of NAP, is defined as initiating or threatening the use of any and all forcible interference with an individual or individual’s property.

Such groups view the state as a violation of the NAP, so they look for ways to structure society in a way that is voluntary (and therefore stateless).  Whether you agree with their beliefs or not, the philosophical thought experiments that they conduct in terms of imagining what a stateless society would look like are fascinating.  And, in a sense, the Walking Dead is effectively just that.

So, as with all good fiction, the Walking Dead has us asking question about our own reality and our relationship to it.  Questions like:

To what extent are we okay with our government doing things in our name (and with our money) that we disagree with?  You wouldn’t go to your neighbor’s house and demand to lock them up if they didn’t give you 15% of their income.  Are you okay with the government doing that on your behalf?

What do you think of the folks in Negan’s group who are doing something similar to that?  How is that different?  They are mean about it, instead of being polished and statesmen-like politicians.  There are many good and bad answers to those questions, but it’s cool that thought experiments like The Walking Dead allow us to ask them to ourselves and each other.