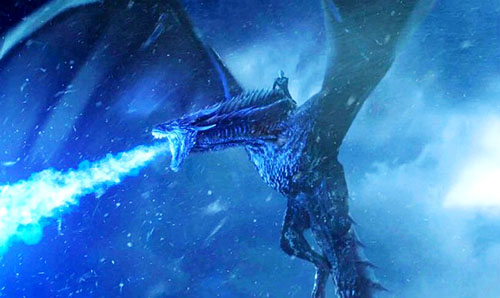 Among the many things that I’ll miss about Game of Thrones are the memes.  They were often funny and insightful, even when I didn’t agree with their point of view.  When the last season came to a close, the memes pretty consistently expressed disappointment.  Honestly, this was to be expected, as the negative voices on the internet tend to be the loudest.  Also, the human mind is more easily attracted to the negative than to the positive.  So, negativity gets more clicks.  That being said, there were unanswered questions, plot points that felt forced, and apparent inconsistencies.  For some good examples, see these.

Yet there was a lot of good in the series (and its conclusion) that is missed if we focus on the disappointments.  Thus, let’s first look at the good.  Then I will explain why the disappoints don’t really bother me.

Initially, most Game of Thrones fans thought that the series was going to revolve around Ned Stark. Then, upon his demise, they assumed that the story was no longer about him.  The truth, however, is that he was the most impactful character in the series, due to how he behaved as a father. The children that he raised reflected his honor, and they eventually saved Westeros together.  Events in their lives molded them into a collective weapon that ultimately brought peace.  Ned’s honor got him killed, but it also planted the seeds that upended the system that killed him. 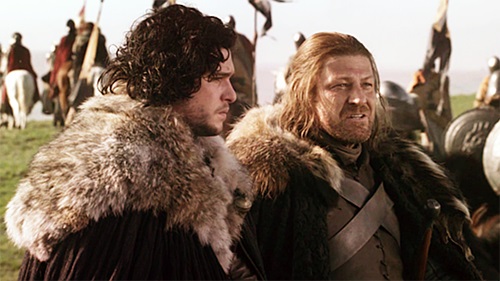 The strength and honor that he instilled in the children that he raised saved Westeros.  Arya would kill the Night King.  Jon would sacrifice everything to kill a Queen that he loved when she became a tyrant. Bran would use the powers of the three eyed raven to understand how the past, present and future of Westeros fit together.  He was as a molder of events — similar to Varys — but perfected, because he didn’t need “little birds.” He WAS the bird.  We only know part of his story, but it was at least implied that he was setting up events for the outcome that occurred.  Theon, a ward of Ned’s, died an honorable death protecting Bran.  And Sansa’s strength ensured that the North would remain an independent territory, as it once was.

All of these characters faced challenges that molded them into who they needed to be to save Westeros. These event could have destroyed them, but instead strengthened them.  Why?  Not only because they were from the North, but because they had compasses that pointed North.  Their beliefs and actions obeyed their compasses.  This is what Ned gave them.  While he died in the first season, Ned was present throughout the entire series, in how his children overcame challenges and made tough decisions.

While preparing to write this article, I re-read my first article about Game of Thrones, that I wrote when the series first aired.  The thing that struck me at the time, after having read only 100 pages of the first book, was the role of the outliers.  These were characters that didn’t fit their role in the world around them. 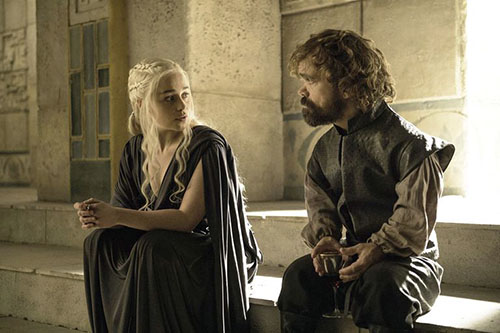 Having re-read that article, it’s interesting to see how most of the outliers that I mentioned ended up changing that world.  The Starks, Tyrion Lannister, and Daenerys Targaryen didn’t quite fit in their world, yet ended up changing it in significant ways.  As I mentioned in that article, “Outliers have this nasty habit of not only transcending the patterns they were born in, but changing them.”

George R.R. Martin has some interesting things to say about Arya as an Outlier in his interview with Rolling Stone.  In it, he also mentions how he wished there were more seasons of the show to explore things (which I discuss below).

Almost six years ago my wife and I had a little girl, whom we named Arya.  We did so because I loved that character.  However, I now realize that her name can be a reminder for me to display the kind of honor that Ned modeled for his children.  I won’t always succeed, but it’s a worthy goal. 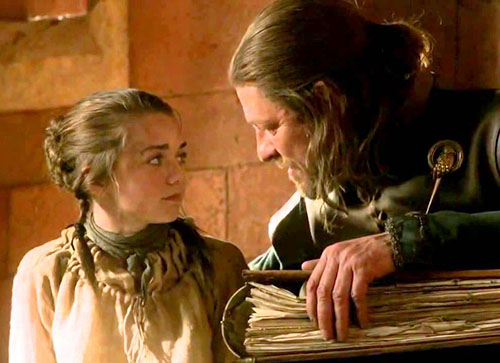 Stories are lessons.  While watching these characters over eight seasons, we loved some and hated others.  Yet they all taught us things about ourselves and the world around us.  For instance, have you ever likened unhealthy workplace politics to the politics of Game of Thrones?  The stories that we experience bleed into our collective and personal lives, even when we don’t notice.

Missing Pieces of the Puzzle

Nonetheless, there were issues that many viewers had with the final season, and especially the ending. There were outcomes that felt forced.  There were questions that never got answered.  There were events that seemed important, but proved inconsequential.  I also recognized these flaws.

Having read the books, and knowing the level of detail within them, the show always seemed to take place at a “lower resolution.” Sometimes by a lot.  The series omitted countless details about the story and the characters.  When writing the last several seasons of Game of Thrones, there were no books to be used for guidance.  And, it’s pretty clear, that the creators of the show were constrained by the amount of show that remained for them to wrap things up. Also, they couldn’t spend years figuring out the details, like George R.R. Martin could. 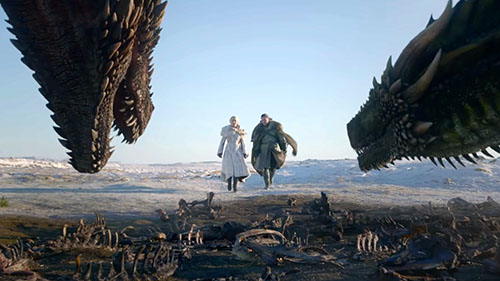 Putting together a story is like putting together a puzzle.  In the final seasons of Game of Thrones, some of the pieces were missing.  I hope and believe that these missing pieces can be filled in by George when/if he finishes the books (see his blog post here).  Translating a story from one medium to another is difficult.  And the challenges are far great when the story, as told in the source medium (the books), isn’t finished.

I’m looking forward to seeing the rest of the puzzle come together.