This article is by C.D. Waller. 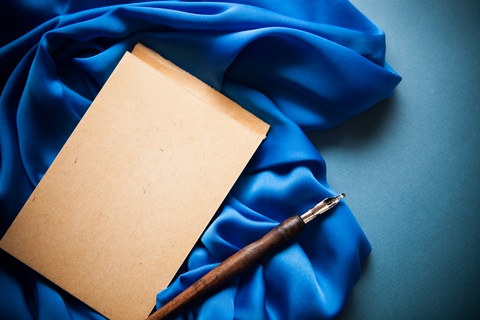 Writing strong characters is one of the biggest secrets to pulling readers into your story. Here are five myths that you should avoid when attempting to write compelling characters.

Myth 1: Protagonists Must be “Good Guys”

A lot of people think that the role of a protagonist is to be a shining example of good morals. But not all heroes need to be Superman with a Boy Scout badge sewn into his cape.

The hero that never does anything wrong and has nothing but selfless motivations is, more often than not, a two-dimensional and boring character.

People want to be able to relate to the protagonist. That’s the main purpose of his role: we want to use his challenge as a metaphor for our life. The problem with a perfect hero is that a perfect person doesn’t exist. No one can relate to him.

The character also doesn’t have any room to grow. A “perfect” person can’t learn anything. They can’t better themselves in some way. You’re better off giving them basic human flaws, so that your audience can better connect to their struggle.

Myth 2: Villains Must be Hated

Far too many villains have been written as two-dimensional characters. They seem to do nothing but stand in the hero’s way just for the sake of opposing him. While it’s true that a villain does need to be an antagonist by definition, the belief that he must be a monster is a myth.

Villains are allowed to have redeeming qualities, and are often stronger for it. Just because their views and beliefs do not align with the hero’s, it does not mean that they must be wrong on every level.

Myth 3: There Must be a Love Interest

As you write your story, one of the first questions you may feel the need to ask yourself is “who does the lead character end up with?” Really, a question you should ask before this one is if you even WANT your lead character to end up with anyone.

The love element has been forced into a lot of stories. Oftentimes it isn’t even the point of the story; the author just felt it needed to be in there. This often leads to love interests who contribute nothing to the story, and just stand in the background, serving as a means of motivation for the real character. If you’re going to add one to your book, make sure they add to the story.

Myth 4: You Have to Use the Classic Archetypes

Using the classic archetypes in a story certainly has its merits, but it’s a myth that you HAVE to use them.

In A Clockwork Orange, the “hero” possesses this title in the most forgiving use of the word imaginable. He carries little to none of the classic hero traits. There is no clearly defined shadow/villain (beyond the lead character himself). There is no true ally. There is no mentor. There is no love interest.

While archetypes certainly have their uses, the belief that you NEED them is a myth.

Myth 5: A Good Character Must be Unique in Every Possible Way

If you create compelling characters, your readers will want to know more about them.  This is one of the key elements that makes for an engrossing story.

One of the things I like doing is showing the darkness in a so called “Good guy.” I’ve done that with Will Diaz. In the first book, I hint at something that happened and Max stopped him from doing it.

In the next book, we find out what it was, and how it so terrified Will, that he sought redemption for the act.