This article is by Alanna J. Jordan. 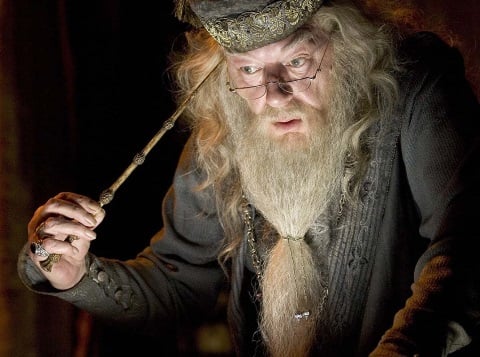 As a fiction author, archetypes can be a powerful tool in your writing arsenal. Archetypal characters draw upon the human psyche, enabling you to write characters who are instantly recognizable.

But as with any other tool, archetypes can be overused or badly bungled. Here is some advice on how to effectively write archetypal characters.

Key 1: Treat Your Villain with the Same Time and Care as you do Your Hero

Take a moment to think about some the most famous and most iconic written works you’ve read.

What are some of the titles you came up with? Hamlet? Sherlock Holmes? The Wizard of Oz?

Now consider what any of those stories would be like if they were to be retold, without a villain.

One of the primary advantages of even using archetypes is that it quickly allows the reader to identify each character’s role. They know early on who the hero is, who the villain is, who the mentor is; all from familiar little identifiers that they’ve seen countless times before.

But TOO much familiarity can be a bad thing. You don’t want to just recycle that same hero and villain that’s been seen in countless other works.

Use just enough of the old stuff that your readers know who the characters are, but don’t be afraid to experiment a little beyond that. Readers don’t pick up your book and expect Harry Potter, or Superman, or Peter Pan. They expect a hero, that may share some traits with those characters… but they want something new.

There are a number of archetypes that the audience has seen many times before, and this familiarity is part of why they are still used. It helps the flow of the story that your reader knows a character’s role right away, and what to expect from them to a certain extent.

Some common examples of well-known archetypes include the hero, the shadow, the mentor, the trickster, and the herald. Each has a unique job to fulfill with the story.

The common archetypes have withstood the test of time for good reason, so you should study each and give them consideration for your story.

While archetypal characters have their uses, some authors become so enamored with them that they feel the need to cram every archetype into their story. But there are a lot of archetypes available, depending on which list you refer to.

Rarely is there going to be room to fit all of the classic archetypes into your story. If they do fit naturally, then great. But you don’t want to hurt the flow of your story just to cram in a character, simply for the sake of having them there. Use the ones you need and fill spots for characters in your plot-line as they appear naturally.

Do you consciously use archetypal characters in your stories? If so, how do you make them original or interesting?

As a writer, what is your favorite archetype to work with? What do you like about this archetype?

In your opinion, which archetypes have been done to death?

I’d like to see an actual Shadow in action sometime–one that genuinely parallels (and in truth grows out of the hero or heroine.

I’ve been drawn to writing Architect figures, probably because they inherently engender the question, are they good or evil? (Does a noble end justify questionable means?)

The Mentor figure in my WIP is an Architect type, and his new proteges, the two main characters, at first have to figure out his angle or motivation before they can trust him.

So, just so you know where I’m coming from, I write TV scripts and pay close attention to how they’re structured – mine and those I see on TV. My latest obsession is the CW’s Riverdale. They blend archetypal high school characters with a Twin Peaks-like flair. Very good.

I have been trying to work out a story idea in my head in which I want the “hero” to essentially end up being the villain. In that kind of approach, how would I establish the villain in a hero’s light while doing the opposite of the actual hero? That may be hard to follow. I agree that villains need as much attention. They are what give the “hero” a reason to exist after all.

Villains actually should get more attention and development than your main protagonist. For a story that I read years ago, I usually have a longer-lasting impression of the villain because of all the obnoxious things he did. It triggered so much emotions in me, indignance, scepticism, worry… often more intense than the protagonist did.

Excellent advice here. I’ve worked a lot with archetypes in my heroes, but I do think my current project needs more thought and development to the villain. Also, there does seem to be a fine line between crafting someone a little different without jarring your readers out of the story because the person is too different. Carolyn Myss is a good resource for information about archetypes.

My favorite archetype is the shadow. A good shadow character mirrors the darkness within the hero. It’s fun to draw those parallels.