This article is by Terrie Quincey. 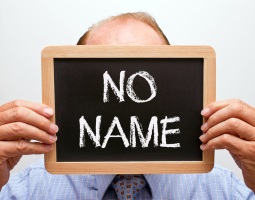 Naming your characters is often step one in the writing process. Don’t let it hold you back. Create names using these quick tips so you can move on with your story.

This is a useful tool to get the ball rolling. Does your character have an ancestry in your mind? You can look up a list of names from that background and see if any seem like what you’re looking for.

If nothing else, this is a good way to narrow your options if you’re struggling. This can be true of characters that come from a distinct ethnic background.

2. Stop Stressing if the Name has Been Heard Before

Some people can’t stand to use names for their characters, if that name is well connected in their mind to someone already; be this a person in real life or in fiction. While it’s good to be original… the problem with this, is that you’ve probably heard almost every name in existence throughout your life, and have a face you can connect to any one of them.

Unless you’re writing something like fantasy or sci-fi, and nonexistent names like “Mevtral” and “Glorbluk” are acceptable to you; you need to be willing to use a name you’ve heard before.

While you certainly wouldn’t want to name your character “Michael Corleone,” there is absolutely nothing wrong with having a character whose first name is “Michael.”

There’s even less reason to be stressing if the name is from someone you know in real life. Just because you think of that person every time you see that name, doesn’t mean your readers will. If you’re worried about using their name without permission, than just ask them. Most people would be flattered to have a character named after them.

There are all sorts of websites online with long lists of names. The main purpose for a lot of them is to help expectant parents pick a name for their child, but there’s no reason you can’t go to one of these sites to name your character.

These lists are typically huge, so just take your time and scroll through them. Have your character in mind as you read them off, and see if anything just “fits.”

To help narrow your search, it can sometimes help to have a first letter picked out. This doesn’t work for everyone, but some authors feel that a certain letter of the alphabet just “fits” their character. This can give you a starting point for your search.

You can also search under most popular names for a certain year. If your character was born in 1972 you can see which names were most popular that year.

Most writers stress about picking a name that “fits.” That being said, how on earth are you supposed to pick a name that fits your character, if you don’t know much about them yet?

A lot of new writers feel that they have to have the characters basics figured out before they can even start writing them, and that includes their name. This isn’t entirely true.

The next time you can’t figure out a character’s name, just start writing without one. Put an “X” where their name would be. Then just run with it. Once you’ve spent some time with the character, you may have a better idea what kind of name would complement them.

How do you come up with names?

Are there any resources that you find especially helpful?  If so, share them with us in the comments below.

Names are heavily stereotyped and this should be used to the story’s advantage.
Which is the schemer and which is the muscle?
Barry Sloan : Markus Stettner

Your conscious mind isn’t good at finding their distinctions, so trick it. Hop into the world with your character and watch them for a bit. Then have another character walk up and call them by name. Listen for it.

I think the point on ancestry is a good one. Often when I’m choosing names I’ll look at the etymology of said name especially when I have a certain race or family history in mind. Don’t want to name a kid with a strong Irish background, Miguel, you know? Also, I will admit that I’m kind of OCD when it comes to names and often spend too much time finding perfect ones before getting on with the writing. You often end up changing the names before the first draft is finished anyway, so I agree with your point on waiting to know the character before picking the name.

There is also the Character Naming Sourcebook published by Writer’s Digest. It organizes names by country of origin and gender and provides the meaning of the name. I’ve found it very useful.

As far as #2 goes, my serials FDR’s last name was originally ‘Steele’. Yeah. A reader set me straight on stressing about that one. It’s ‘Keeler’ now, courtesy of some coworkers Cc’d friend’s last name.

Come to think of it, a lot of my characters are named after distant, removed and emailed coworkers. Oh well – yoink!

That’s ‘my serial’s FMC’, and ‘coworker’s’. It’s a new phone. The autocorrect is trying its damndest.

Ironically I was going with Michael for my main hero’s name. 😛 Sole reasoning is Michael W. Smith being my favorite musician. 🙂 It’s how i pick names. Growing up I was obsessed with every toy having a name, so coming up with names isn’t hard for me. 😉

I also believe in just keep writing, come back to the name later approach. My current draft is full of things like
@someGuy
@anOldGuy
@mountainRange

Why the @ character? So I can quickly search and find them all later during editing!

This topic. This is one of those things that I think everyone struggles with at some point or another.

The main characters in my stories, or those who have little screen time but meaningful roles, usually “tell” me their name. I know it sounds crazy, and but there it is.

For those who just need a name but hardly matter, I go to behindthename.com and pick their ethnicity. Like, an Irish dude or a Hispanic American or something like that. Then, I start looking at options that don’t start by the same letter as the main characters (that confuses the reader, I’m told) until one of them clicks.

Then, I have the other naming issue. For the most part, I write urban or paranormal fantasy, but I’m also planning a more traditional fantasy for future release. Oh, the places. The countries. How the blazes am I supposed to name those?

Great article; I look forward to see what else everyone does.

I agree about starting writing before you know the names. For the long time I didn’t have ones for my wizard and apprentice, so they were just known as Wiz and App. My dad and I were in bookstore when he came up and revealed the apprentice’s name to me. That was years ago and I still remember it vividly. I had a character in another story appear in my mind out of the blue like Faramir had for Tolkien (unfortunately he was no Faramir. I gave him the last name of Jayare after J.R. Ewing). For the fantasy I am working on now I was having a lot of ideas for someone I simply called ‘the guy.’ I got tired of that and asked him his name. He spelled it for me but didn’t pronounce it. I have someone else called ‘the woman’ until I figure out her name. I search baby name lists too and found a Celtic one that describes her perfectly. I may use that one, but it’s so close to my own it makes me feel a little weird. But if that’s her name, that’s her name, and I think it is.

I like to use name generators and baby naming sites, for the most part. Here are a few of my favorites:

I like to give names that have meanings and also fit the ethnicity of the character. Four woman warriors I created a few years ago were given these names:

Addison Lane – a Celtic name meaning “awesome warrior” – in my first short story with her, my goal was that she’d live up to her name

I guess I went through all of the above steps except for #2. The names seems unique enough to me. I imagine not many girls are named “Baldhart.” I found that and other names on a website that lists baby names. I had to dig a bit more for surnames, and for some ethnicities, it’s not easy to find name meanings in English. The Japanese name took me the longest. I had to sit on a couple names before finally rejecting them.

Addison Lane was the name I loved most, especially since that character was the most “ordinary” of the group (in the concept stage). Her name gave me a purpose when I finally wrote her in a story. I even called the short “Awesome Warrior.” She was awesome. She won me coffee!