This article is by Vincent Langford. 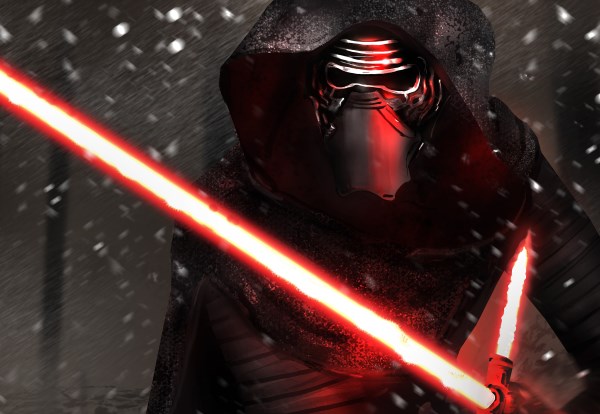 So, you’ve just started planning your book and everything seems to be going smoothly. You’ve created a cool main character, you’ve fleshed out your world, and – best of all – you know exactly where you want your story to go. But as you sit down to start churning out the next Harry Potter, you start to feel like you’ve missed something important.

And that’s when your villain, tired of being ignored, kidnaps you and ties you to the train tracks.

Not every story needs a villain, but a good one can thoroughly entertain your readers and make an otherwise forgettable book memorable. These days, many writers focus so much on other aspects of their books that they don’t give their villains the attention they deserve. This has led to an onslaught of cookie-cutter bad guys who pop up a few times in the story to spout clichés before the hero effortlessly defeats them near the end. Villains like this, while easy to write, simply aren’t interesting. Here are some tips that will help your villains reach their full potential:

Villains Are People, Too

Many writers often use their villains as a tool to progress the story. If your hero needs to rescue a princess from a tower, you might want to throw an evil warlock in there for him to fight on the way. Some would be satisfied with using the warlock as an obstacle and moving on, but if you want to make him interesting, you should treat him like a person and flesh him out.

Every villain has a story. Think about why the warlock would be guarding the princess. If you say it’s because he’s evil, your readers will collectively groan and roll their eyes. Good villains rarely consider themselves evil, and if they do there is almost certainly a deeper reason than their devotion to darkness.

Make your villain a person. If you reveal that the warlock is the princess’s brother and he locked her away to protect her from the outside world, your readers will start to empathize with him. And you don’t have to stop there: If you explore your villain’s motivations and his relationship with the cast, you’ll have a bad guy that can stand on his own as a genuinely good character.

One thousand years ago, an evil warlord gathered his armies to take over the world. Think for just one moment about how many villains that one sentence could describe, and you’ll realize that writers often struggle with making their bad guys original.

Set your villain apart from the rest by offering a different take on standard tropes. You could still have your evil warlord aiming to conquer the world, but instead of making him another Sauron, you can make him terrible at his job. And just because he’s a terrible warlord doesn’t mean he’s a terrible villain. Your warlord could be falling into the depths of insanity over his failed conquests. He could be lashing out at the world around him in a desperate plea for recognition. And as he becomes more desperate, he becomes more vicious and more dangerous.

Even if you can’t make your villain original, you can make him memorable by writing him well. If your warlord is utterly evil, show and don’t tell; make sure your readers will detest him as much as the heroes. Treat your villain as an antagonist not only to your heroes, but also to your readers. Write him so that your readers’ hearts will drop in their chests when he shows up on the page.

There’s a right way and a wrong way to have your villain affect your readers. Instead of simply saying that he flayed everyone in a village alive, make sure that your readers have a connection with that village. Name some of the villagers and have your heroes interact with them over the course of the story. And when the villain finally does the deed, you’ll have readers out for his blood.

If you’re going to include a villain in your story, it’s your job as a writer to make him stand out to your readers. Instead of treating your villain as a monster to be vanquished, develop him as you would any other character. Make him a presence in the story instead of throwing him in for the climax, and give the heroes a personal reason to take him down. If you have your readers either cheering or crying after your villain’s been defeated, then you’ve written one impressive bad guy.

Have you written a memorable villain?  How did you make your villain interesting?

Who are your favorite villains?  What makes them compelling?

Who are your least favorite villains?  What makes them bland?

Thanks for sharing your post, Roger. You have some terrific articles on your blog.

I’ve yet to write a villain, but I appreciate your points. I completely agree that there need to be details on the backstory — nobody appears out of thin air. Motivation is key. I’m going to stay out of the Kylo Ren conversation:razz:

Good tips here. I’m just really starting at the bare bones of my writing, so I’m still coming up with the story, where I want to go with it and the characters. Will definitely keep this in mind.

Going to have to be the voice of dissent on that – Kylo Ren was one of the worst villains I’ve ever seen. He was whiny and petulant, and while his temper tantrums were amusing, they certainly didn’t make him any more villainous.

He talks about how he’s trying to resist the temptation of the Light Side, and yet I don’t recall him showing that temptation for even the briefest moment. He clearly has daddy issues and desperately wants to be just like his big, bad grandpa, but that hardly makes him villain material. The Force Awakens had a fairly long list of things wrong with it, and Kylo Ren was right near the top.

But beyond the poor choice for the article’s picture, I really enjoyed the article, and completely agree. Writing a compelling villain is both a challenge and — when you finally get them right — also an absolute joy. One of my favorite quotes from the movie Serenity:

Capt. Malcolm Reynolds: I don’t murder children.
The Operative: I do. If I have to.

Just the cold, calm way in which the villain delivers that line is just chilling, and really tells you who this guy is. I’d love to write a villain like that one day.

Thanks for your comment, Ryan. I knew that Kylo Ren would be a controversial choice, which is why I chose him. I still think that he is a pretty compelling villain, although I agree that The Operative from Serenity is one of the best villains ever.

There are some moments in Serenity where The Operative is so logical, so reasonable, that I found myself empathizing with his point of view… and then feeling disturbed by that empathy.

This may be controversial, but I found Kylo Ren in The Force Awakens to be compelling. His backstory and inner conflict made him an interesting antagonist. Also, the film introduced a mystery: how did Kylo Ren become a villain? I’m looking forward to learning more about him.