This article is by Jessica Wood. 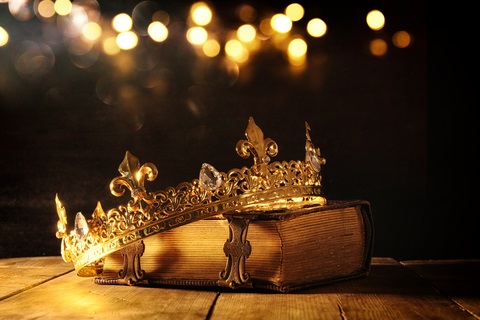 There are quite a few discussions about what makes a good writer, and they generally all come down to the same points; somebody who is hard working, perceptive, widely read, imaginative, and has close attention to detail. But what are the specific characteristics needed by a fantasy writer? What sets a great fantasy writer apart from a good one? If you write fantasy then you’ll still need all of the same characteristics as other writers, but the complexities of the genre require some additional traits on top of those. These are the most significant ones which I have noticed in the best fantasy writers:

All authors need to go over their work with a fine-tooth comb, but fantasy requires worldbuilding which makes it all the more difficult. If you’re writing a literary novel set in modern-day London, you don’t need to give much description as the readers can easily picture London for themselves. You may have to do some research, but otherwise the city of London is already there set up for you. When you’re writing a fantasy city of your own creation, you need to decide everything from the architectural style to the main imports sold in the markets.

It’s not that you need to describe every intimate detail or know them by heart, but the more you do know, the easier it is to describe, so there will be about a million additional things to think about.

All of this worldbuilding will require a high degree of trial and error until you get it right, even more so than other parts of writing. Authors of fantasy will generally have to try out several different ideas until they can shape their world and story into something plausible. They might have to change a character’s name half a dozen times or adjust the magic system until it makes sense.

All writing is essentially a giant ‘what if’, but even more so with fantasy. I’ve noticed that writers of fantasy often have a highly different way of looking at the world and the stories they read and asking ‘what if?’. They might see a design on a gate and decide it will be perfect for the sacred jewellery in their story. Or they might take elements from one genre and transfer them to a different setting to see what happens.

This is standard for all writers, but is perhaps even more important for fantasy authors. It is all well and good to read the fantasy classics and big names, but you also need to read many other fantasy authors, and especially more contemporary ones. You also need to read widely in genres other than fantasy to understand how good writing works, including genres you wouldn’t normally read or are outside your comfort zone. Non-fiction reading is essential too as part of your worldbuilding research. Depending on your story, this could include books on history, science, politics, geography, fashion, weapons, and many other areas.

An amateur fantasy author will clog up their stories with things to make it ‘cool’ or will overpower their characters with too many abilities, weapons, and items. It is tempting to do so, since fantasy is indulgent not just for the reader but for the author as well and I think all of us are guilty of doing this sometimes. But a great fantasy writer knows when to make things big and epic and when to keep things simple. They know to make their characters powerful and capable but also to give them limitations in order to make them relatable and well-rounded.

Respect and love for the genre

You would think that all authors of fantasy love reading it as much as writing it, but there are a surprising number of authors who consider anything other than Tolkien to be inferior and won’t bother reading anything else. Others write fantasy because they think that existing books aren’t good enough, which sort of raises the question of why they are writing fantasy in the first place. The best fantasy writers are those who have a huge love, passion, and respect for the genre and want to add something of their own to it.

What other characteristics do you think turn a good fantasy writer into a great one?

Jessica is a freelance arts and culture writer and an amateur fantasy author with a degree in Creative Writing from Bath Spa University. She has previously had work published in The Bath Chronicle, Fan/Slash Fic, Craft Your Content, and Blueink Review and is currently a contributing writer for The Culture Trip. You can see more of her work at woodthewriter.com.

I think I would have to argue a bit with Perfectionist (and perhaps its not really meant the way the word would imply). Perfect is an endless quest that has no end. At some point you have to know enough is enough and let go.

Imagine what they could do if they would fill all the pages with dense content.

I agree. Large, overblown epics with endless, meandering stories are the bane of fantasy literature.

I agree. But dang, these things sell in the millions.

Restraint, revision, and trial and error are indispensible to making a fantasy story tight and crisp. Bloat and shapelessness are the big killers that are plaguing the trade.

I agree. Large, overblown epics with endless, meandering stories are the bane of fantasy literature.

"…fantasy is indulgent…" Yes, yes it is. Some writers (and readers) long to bathe in the worldbuilding river, lingering there for pages, not bothered that the plot is going downstream with them. Others just want to make it across alive. :LOL:

A good case being made for Less is More. Not doing less work, but a serious effort to identify the important bits and clear out the clutter. I really like the quote (by someone) "Perfection is not reached when there is nothing left to add, but when there is nothing left to remove". Restraint, revision, and trial and error are indispensible to making a fantasy story tight and crisp. Bloat and shapelessness are the big killers that are plaguing the trade.

That is true, it is easy to get lost in worldbuilding that doesn’t make it onto the page. But I also think that the more effort you put into worldbuilding, the better it will come across in the final edit.