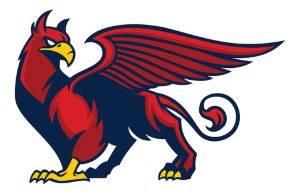 Being naturally drawn to mythology and the Reniassance Festival as a wee kiddo really paved the way for my geekiness as an adult (no way, really?). And it was only a matter of time before I laid my eyes upon this fantastic creature.

At first, I wasn’t sure what it was, but upon the shields of heraldry they stood, mighty-chested and with talons raised high. Looked like pissed off chicken-dragons to me.

So, I went to the library and tried to find some mythological creature books. Then my notebook, which definitely wasn’t filled with notes, was covered in sketches of them. I conscripted legions of them in Heroes of Might and Magic. One eventually became my Paladin’s trusted mount in World of Warcraft. And now they’re a major part of my WIP. It’s only fair to write an article on them

FOR THE LOVE OF GOD, MAN, SPILL THE BEANS! WHAT ARE THEY?

Half eagle. Half lion. King of the skies and king of the land in union as noblest of all beasts – The Gryphon. Traditionally viewed as having the head, wings, and front limbs of a massive bird of prey and the rear and hind quarters of the mighty lion, the Griffin takes on many different interpretations across the cultures of the ancient world as well as in today’s fantasy fiction – there’s even a famous family of them that live on Spooner Street. Although Griffons are but one mythical beast, their identity can take on just as many deviations as ways of spelling (see what I did, there?). Yeah, this leads to a bit of confusion.

Well, I mean, what’s so different about them? Their feathers?

In some legends, their talons were known to detect poisons and their feathers cured blindness.

In others, they, like some depictions of dragons, were gold hoarding creatures. Their tails were sometimes a vicious serpent. That’s a resume builder, for sure.

As the “Hounds of Zeus,” the Gryphons pulled the mighty sun-dragging chariot of Apollo. It was also the Griffin who Alexander the Great was able to wrangle, and fly. The Gryphon that carried my Paladin to and fro the black gates of Icecrown was no different from the Griffons that the Grey Wardens of Dragon Age rode into battle… okay, maybe the feathers were different colors – you caught me. This is the bestial form of the creature.

But there is also another archetype that portrays them upright, like man. In Legends of the Dragonrealm, the Gryphon was a character, a leader of a nation, able to speak and think as a man, but also having the strengths and ability of the animals its being embodied. This same physiology is present in Hinduism as a creature known as the Garuda, who would carry the God Vishnu.

Delving moreso into the chimerical aspect of the creature, the Griffin has taken the form of a man like the Sphinx – its Egyptian cousin, and the Hindu Leogryph of a serpentine tail and bearing the ivory of the elephant, the Griffin has flown across borders and seas and seems to have nested in the origins of humanity, as their appearances in the age of antiquity (and further back) suggest.

Chimeracy (I just made that up, but it sounds cool – so deal with it) is something fantasy writers get to play around with in the endless imagination of worldbuilding. You get to play Dr. Frankenstein as you stitch together your own version of a pissed off chicken-dragon. But why do we do it? Why not just create an entirely new being for our readers to visualize and experience?

Or, maybe to give some familiarity to our readers. It is a personal thought that if I opened a book full of entirely unique creatures from the soil to the sky, I would be a bit jaded from trying to populate all of that ecosystem in my brain. “What’s a <insert oddly-pronounced creature name here>? Wait, I think I remember. *Flips through 83 pages* Oh, right, the thing that acts like a dog. Why didn’t they just call it a dog?”

But these creatures serve a purpose. Evolution takes effect in your fantasy island, too. Man domesticated wolves to help him hunt and for protection. Man domesticated horses to ride upon and to share the burden of field and plow. Man domesticated birds to send messages to and fro, to have the most low-key text messaging service ever seen.

Man couldn’t domesticate something that would do all of that. If only he could. And then imagination came along and…

Need something with the strength of an ox and the lethality of a tiger? How about something with the cunning of a rat but the flight of a pelican? Instead of starting from scratch, Chimeracy offers a solid foundation to create a new creature.

I’m a big fan of recycling ideas, so long as you make it your own. Maybe what your world needs is a fresh spin on an old classic, like throwback Mountain Dew. And all it takes is a little bit of real sugar and a glass bottle. Not that reprocessed junk in the decaled can. Metaphors.

Griffins would have been sought after. They could hunt with their sharp claws and massive beaks, or they could be used as beasts of war, seeing as aerial combat would have been the most advantageous during ancient times. It is likely that they would have been hunted for their precious feathers and talons, or even to be removed from the local area. That is, if Man wouldn’t be dinner in the first place.

Now, I’m not saying creating new and fantastic creatures should be prohibited by any means. By creating a Chimera creature you merge two (or more) creatures together to create one that embodies each of the beings into one sort of Superbeast – and not the one Rob Zombie hit. This gives your readers with some kind of basis to imagine your fantastical beast, rather than throwing something brand-spankin’ new to them.

Put them together, call it something catchy, and sell it to your reader enough to make them want one as a pet, or fear their presence by reading their name on the page.

Though, beware, this can be a slippery slope as well. You can populate worlds of Frankenstein creatures, each one seemingly more unique than the last, until even a chipmunk seems like a unicorn (which is, you guessed it: a chimera). Such is the lure of Chimeracy. But as a rule of thumb to my worldbuilding: if it has no involvement with the plot whatsoever, don’t put it in the world. You’ll have enough fluff to cut after your rough drafts, and it will save you the pain of cutting them from your edits. Save your heart the ache, right?

Back to the Stylish

Naturally, the Griffin became the embodiment of many different virtues. Did you know that when a pair of Griffins mate, they become strictly monogamous? So much so, that if one were to pass on, the other would take to a life of heartbroken solitude. Till the end of its days.

No wonder the church used them as a strong symbol for marriage.

Their speed and strength thought to be so great as to be able to pull Apollo’s flaming chariot tirelessly across the sky, day in and day out.

Majestic enough that one feather can cure blindness?

Try to see them through the eyes of a denizen of your world. How are they regarded? How do they interact? Do they fear your creatures, work alongside them, are they prized creations, or do they serve?

Beauty is far more than skin-deep. Chimeras are living, breathing metaphors. Metaphors that eat people sometimes. But metaphors nonetheless. Are you creating new creatures just for fashion? Or do they stand for something more? Pondering these aspects of your chimerical creatures can really yield some depth for their identities.

And All It Took Was an Eagle and a Lion

Hundreds of stories, mythologies, and tales spawned from a little imagination.

Hopefully reading this article has breathed some new life into these hybrid creatures for you. Maybe your unique creature in your WIP can be a fresh spin on something old? In a world full of so much new, perhaps something a little older, a little more familiar is what your world needs.

What are some of your favorite uses of griffins – or other chimerical creatures – in stories or media? 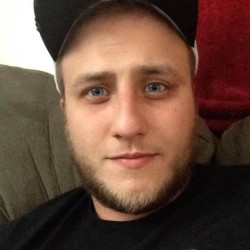 Griffins are pretty awesome. I think I was introduced to them in Harry Potter — no actually probably before that, but HP stands out a bit. There are some animal combinations that I find a little weird and distracting, though. I completely agree that it’s important not to overfill/overcomplicate your world.

I have seen many forms of these over the years but I can’t for the life of me picture where one was in my head! I have played all kinds of video games, watched anime and well as cartoons but I can’t picture even the last one I saw. LOL! Great read either way! I actually learned some cool stuff 🙂

I killed tons of these in Everquest. And if you haven’t experienced a Ren faire in full costume, then you have to give it a go. I went a couple of years ago in completely anachronistic shaman/witch doctor garb and had a blast. Yes, I’m a grown man, but once you put on full face makeup, all bets are off.

The chimera I’m most familiar with is the ancient Greek lion with the head of a goat on its back and a tail made out of a snake’s head. The thing that fascinates me is its genealogy, having descended from other hybrids and had chimera siblings too.

I became familiar with it because of a sci-fi book that used it as a symbol for a space race that was bent on taking over after earth became uninhabitable and humans decided to take off looking for better planets to live on. I became quite caught up with the symbolism and powers it had.

Thanks for bringing up the idea of making up my own! To be honest, the thought never crossed my mind.

I agree – griffins are very cool. Now that I’ve read your article and become an expert on griffin trivia I’ll try to it into the conversation at my next cocktail party. Woops, I don’t drink and never attend cocktail parties, maybe this info will useful as a crossword puzzle clue, or trivial pursuit answer. Fun post – thanks for sharing.

“if it has no involvement with the plot, don’t put it in the world” – I love this variation on Chekhov’s gun 🙂

Bravo! I thoroughly enjoyed reading your post plus I got all the jokes 🙂 Dragons are my obsession right now…dragons and something else…hum…

Glad you liked it! I was hooked on dragons for the longest time, ended up falling in love with wyverns and wyrms!