This article is by Bets Davies. 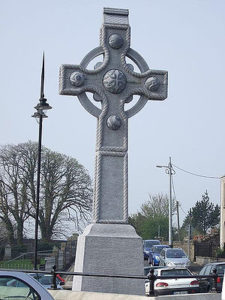 The question becomes inevitable when you have a novel in your head:  Where to start?  I used to plunge into a rambling first draft with inconsistencies, reams I had to cut out and reams I had to fit in.  Then there are outliners.  Plot every important event in sensible order.  Me?  I begin, continue, and end with character.  If I want to be character-driven, I let the characters drive.

It starts with the character sheet.  I use Leonard Chang’s but he claims it as intellectual property, so I can’t hand it out.  Suffice to say it is single spaced aspects about your character that take up more than a page.  You can Google one.  Make sure to fill it out in obscene detail.

I caress out every detail of these character’s psyche and life history.  There are reasons and events for every part of their makeup.  I may spend more time on character sheets than writing the actual first draft.  Why?

The characters, properly discovered, and this includes your villain, will write your book for you.  You will never hesitate who says what when.  They know.  They write the plot.  Whatever you throw at them, they react in their own, specific ways, which will partially dictate what happens next and dictate how they grow.

Let’s take my novel Rebirth as an example.  My mom got me fascinated by bog people—ancient Celts preserved by peat bogs—when I was eight.  At twenty-eight, I decided to write a book about a bog girl from a museum exhibit who comes back to life with magical powers.  I had some basic ideas about this girl’s personality, but to fill out her sheet, I needed research.

While I researched, I worked on the romantic interest, Gavin.  He pulls this naked girl out of a museum exhibit to help her.  So what kind of person does that?  This would be the kind of guy who picked worms off the sidewalk to save them.  Who brought home stray animals.  His kind, quiet mission to save the world.

The bog girl filled out as strong because she had to be, but still sassy and with her own sense of power as a midwife.

At this point, I had a problem.  Two, actually.  Gavin and Jobi –the bog girl–may give romance a shot, but it would fail.  The bigger shock:  This book belonged to Gavin.  My sidekick hijacked my book.  He would never be a hero in the classic sense—not like Jobi—but he saved people all the same.

Topher was a sideline character—Gavin’s best friend.  He rebelled.  Which changed Gavin.  Topher rebelled so hard he influenced Gavin’s book as much as Jobi.

Sigh.  Let’s leave it at not one character behaved.  I wasn’t sorry.  The character sheets saved my ass from a long, painful mess of a first draft that kept changing.

My characters morphed my book into something more complex and beautiful than I had conceived.  Create proper characters, and they will pop up in fourth dimensions to show you possibilities.

So I’m a character girl.

Bets Davies, author of Rebirth, did an abrupt turn around from studying memoir in her MFA to writing fusion fantasy.  She also writes poetry.  She lives in Ann Arbor with her two dogs and a parrot.  You can read her blog at betsdavies.blogspot.com.

Hey Bets — here it is:
http://leonardchang.tumblr.com/

One of the biggest challenges I have faced as a neophyte writer of fantasy/sci-fi is the allure of the world itself.  The races, the magic, the geopolitical nuance, the physics and metaphysics… it all becomes a consuming mosaic of interlocking elements that (for me) holds an endless – and sometimes crippling – fascination.

However, as Ms. Davies and the other commenters has pointed out, the finest world-building efforts are wasted if the world is not peopled with rich, complex, and engaging characters.  It’s easy to get swept away with the idea of “talking dragons” or “magic comes from eating rocks” will be so very amazing to our potential readers that we rely upon those environmental idiosyncrasies to serve as the foundation of our work.

When that happens, my stories lose steam quickly… a place has no meaning without people to give it relevance.  Exhaustive exploration into the characters inevitably provides an infusion of focus and excitement… a REASON for the world to exist (and for the story to be told).

I assume I’m not alone in this “world addiction,” so I offer my fellow world-junkies this bit of advice:  If you have come up with a world setting that has you cackling and dancing with glee, then you have found something important to you.  Now… ask yourself “why”.  What are the qualities of the world?  Is it rife with magic?  Is it sylvan or urban?  What is valued among the diverse people there?  How is life and death (and beyond) perceived?  Tease out the underlying themes of the setting you’ve evolved… then build characters based on those themes.

In doing so, I’ve finally discovered what I have read many times in books on our craft, but never really understood… the setting is as much a character in our stories as the people.  It deserves a thorough background, just like the other characters.  And, like all characters, they come to life when brought together in a community, fraught with conflicting ambitions and thwarted desires, fierce hungers and mortal stakes.

Your world is a character and deserves the same loving attention as your protagonist/antagonist.

It helps to have a character sheet, if you can find a good one on line.  Sheets are a little like truth or dare with no dare.  Dig deep and hit hard.  Everything should not be the obvious mesh to your main tenant of the character or you will still end up with one dimensionality.  For instance, your character is a warrior.  The sheet demands your character’s favorite childhood game.  It’s tempting to dash off:  playing war.  It’s a warrior right?  But then there’s no point in doing the sheet, because your character remains the flat outline you started with.  If you character is a big, male character in a sexist society, try “tea party.”  Then ask why tea party?  What was so fascinating?  Was it that his older sister would play it with him?  Does he secretly still yearn for those days or still have a love of the color pink?  You get a lot farther if you mix it up a bit, and then try to connect all the dots back together.

I really agree with this. Ursula LeGuin is a great example of character-driven fantasy. One or two characters central to each book in the Earthsea Cycle, and the only villains are within themselves. Very well thought out characters, so much that the characters become the story.

I’ve twice tried writing novels only to peter out quickly. To solve this, I tried plotting, but that didn’t help. It seems that I was trying plot, and then adapting my characters to it, which seems like the wrong way to go.

This time around, I’m going to spend a lot of time on characters up front. I’ll use the snowflake method (1 line summary, act breakdown, character sheets, expand summary, etc…) but I’m going to flesh out the characters before getting far.

Any tips on creating characters? My thought is I first want a basic premise for the story, then I want to look at each character and for every trait or event I’ll ask why? Why would they do this? Why are they in this place? Why are they in the station of life they are in? Why, why, why? Why seems like the best question an author can ask.

Everything start in your head, with the kinds of characters that make you salivate. It absolutely has to come straight out of one of those fantasies you just can’t let go of.
I personally start with a rough idea of the world (universe) in which the characters exist. i.e An ultra facist female governance council that uses cloning to make themselves immortal. Their ability to control the newly formed colonies on mars is breaking down, people are fighting back) This usually provides the base of characters (Mr. Assassin sent to quell the rebellion), which in turn help to build up the plot parts (He finds a girl he has been dreaming about is the leader of the rebellion, can’t kill her, falls in love blah blah).

Reading, prose, poetry, nonfiction it doesn’t matter. At least an hour a day provides so much to a writer. Start with short stories based on a fascinating concept and it will grow from there.