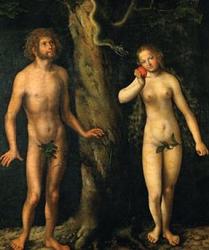 This article is by Dr John Yeoman.

Every plot is a cliché, isn’t it?

According to Christopher Booker, there have been only seven basic plots since the dawn of story telling, although Georges Polti expanded the total to 36. No good plot is original because successful stories evoke one or more of the Seven Deadly Sins.  (It seems humans are not clever enough to think of any fresh ones.)

Every one of the 3000+ tales I’ve judged at the Writers’ Village story contest have been grounded in a plot cliché. Yet some stories were spectacularly fresh. How come? Their writers had added a clever new twist, dropped in sensibility or played creatively with the cliché. Here’s how to do it:

Let’s start with a cliché. You’ve read it a hundred times. The tale opens with the funeral of Old Silas, a sainted pillar of the community. At the most solemn moment, five strange women burst in, each claiming to be his mistress or his wife. Revelations ensue. The old man had been a rogue! End of story. Boring…

Suppose the tale continues. The narrator or protagonist is Old Silas’s son. He’s summoned to the office of the family lawyer, Bill Grump, to discuss the Will. Who does he meet there but Old Silas himself. The rascal is still alive!

“I was disguised as a mourner,” the villain wheezes. “I wanted to see who truly loved me. Only one person shed real tears and she’s the one who’ll get my money when I die. Luckily, my heart is good for another twenty years.”

“Not so fast, father,” the son cries. He pulls out a gun and shoots Old Silas dead.

Shall we end the tale now? Not so fast…

A man creeps out of the adjacent room. It’s Old Silas! “I hired that out-of-work actor to disguise himself as me, just to test you,” the villain laughs. “I always suspected you were a rotten son and now I know it. The fool is dead and so are you. You’ll hang for his murder.”

“Not so fast, father.” The son smirks. “I never was your son. Mother told me all before she died. Thirty years ago, she had an affaire with Bill Grump, your best friend. He’s my real father.”

“Well, son,” says lawyer Grump with a smile “you can’t be charged with killing a man today who was buried yesterday. You inherit everything. Give me half of your inheritance and I’ll dispose of the bodies. Did I ever tell you” he titters “that I own a crematorium?”

“Not so fast, father,” the son cries. “I know all about your crematorium, and how to operate it. What will another body matter?”

And he raises his gun…

Stripped of its melodrama, that story could play either as farce or bitter-sweetirony, in the fashion of O. Henry. The trick is to drop in a twist, then twist the twist, and do it again. And again. Add extra characters, episodes and sub-plots and you might expand the story into a three-volume novel.

If every story is a cliché, it’s because the story contains conflict and there are only so many ways in which humans can wrestle with the Seven Deadly Sins. One way to redeem a cliché is to limn it, poetically, with nuances of feeling.

Take the oldest cliché, the Eden myth. Countless sci-fi and fantasy authors have had fun with the Last Man and Woman scenario. They meet by chance upon a blasted heath, naked and forlorn. Their task is to repopulate the world. They exchange their back stories (nostalgia). They reminisce on mankind’s folly (philosophy). They fall in love (sophomoric poetry). Epiphanies abound.

At the close, the man says to the woman: “I never did tell you my real name. It’s Adam.” The woman looks at him coyly. She says: “Mine’s Emma.” And she hands him a Hershey bar.

Oh, it’s as old as the hills! (Older.) But if the poetry does its job, it works.

3. Deepen the cliché into myth

No fantasy writer needs to be told that an epic tale invokes one or more Jungian archetypes, those ur-clichés engraved in our DNA. To salvage a story built on a cliché, we need only flaunt its archetype – then vandalize it.

David Morrell does this cleverly in The Brotherhood of the Rose. A Wise Old Man, Eliot, runs a network of assassins pledged to defend the American ethos. They wear mythical cryptonyms: Castor and Pollux, Atlas and Prometheus, Romulus and Remus, etc. As Daedalus, Eliot gives them lethal gadgets. As a philosophus gloriosus, he balms their wounds. As Merlin, he guides them with uncanny wisdom. They love him like a father.

Yet he betrays them. Why? Eliot is not a Wise Old Man at all. He’s the Trickster, Loki in disguise, the ultimate player of games. Morell has vandalized the archetype. His novel is woven out of a hundred clichés but his iconoclasm gives it a mythic resonance. It works.

That’s why plot clichés are a Good Thing. We’re programmed to enjoy them. As authors, all we need do is add a clever twist, drop in sensibility and bring out – wickedly – the archetypes inherent in the cliché.

Dr John Yeoman, PhD Creative Writing, judges the Writers’ Village story competition and is a tutor in creative writing at a UK university. His free course in writing fiction for the commercial market can be found at www.writers-village.org/story-course.

Love these ideas. I always thought cliches were important to telling stories. In my mind, they became cliches because they hold an element of truth.

Who doesn’t love a good plot twist! This was such a great article that it’s sparked some ideas for my current WIP…

Hear! Hear! People complain about cliché too much – what they really mean is that it’s used improperly. Great post!

Thanks, P H Solomon. I believe heartily in cliches. Because they convey great truths. We just have to tweak them. (I speak as one who often feels three bricks short of a hod.)

To me, it’s not only what you use to tell a story, but also how you tell it.

Loved the 10 million “Not so fast” twists LOL

Not so fast, Jennifer. I have even more… 🙂

I had never thought about plot cliches this way. Thanks for the great insight.

Love it! I like the idea of using the cliche to lull people into a false sense of familiarity, and them BAM! Hit them with a taste of the unexpected. Good form 🙂

People are so afraid to be cliche that they prevent themselves from creating great stories told in their voice. I hope your piece stirs them to let go of this silly thought and just write.

Good work, thanks for sharing with us!

The cliche is what makes us feel comfortable with a story and gets us to settle in.  It’s the twists and individual spins that the author throws at us that can make us lifelong fans.

If you asked 20 people to tell the same story without listening to the others and just being given the outline of the story, I guarantee you would have 20 different stories. That’s one thing I love about a writer’s ability to add new twists and versions even while writing the same story. Isn’t it wonderful, how the mind works if given free rein?

You are so right on with this observation. It’s interesting to watch soap operas these days. They pick up the same plots as recent movies and work them into their story lines.