This article is by Arianna Lemont. 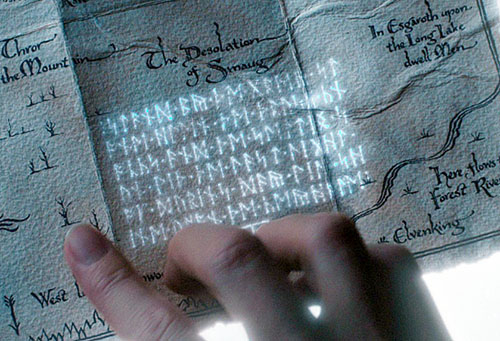 Languages like Tolkien’s Sindarin can lend life, consistency, and credibility to your fantasy worlds, but for the writer with no experience in it, language construction can be a daunting task. However, if you start with small steps the trek up the language mountain becomes much easier.

The most basic building block of language is sound. The sounds you choose for your language will determine everything you do next and what the language will both sound and feel like.

There are three important things to remember here. First, you don’t have to (and shouldn’t) use all the sounds that are in English. Sometimes cutting sounds can set apart your language more than adding sounds. Second, there are sounds in other languages that don’t exist in English; just because English doesn’t often use them doesn’t mean you can’t choose them for your fantasy language. Third, English letters often represent more than one sound. Don’t think in terms of letters or symbols, but in terms of sound. This includes considering sounds made with multiple letters, such as “sh.”

When I would start a language as a beginner, I would make a list of sounds using English or Greek letters to represent them. (This is to simplify things if you do not have the IPA symbols memorized.) Keep in mind that the letter to sound ratio is not one to one, thus the need to use Greek letters as well as English. A part of this list may look like this:

In this example, the “th” represents the sound at the beginning of “then” or “there,” and the θ (Greek theta) represents the sound in “three” or “thirsty.” Both of those sounds are represented in English with “th,” but must be distinguished for the sake of constructing language. This is especially true for vowels. “A” might sound like it does in “hard,” “hand,” or “hare,” and all three of those are different sounds.

Once I have this list, I start moving down it and crossing out sounds I don’t want. This is where people might look at you like you’re crazy. Try to pronounce every sound in the list as you go down it. If it’s too hard to pronounce after several tries, cut it. You need to be able to speak your own language.

Notice as you speak where and how each sound is made. While you cut sounds, you don’t want to do so willy-nilly. Pay attention to how the sounds are different or similar and use those distinctions to make your cuts. The English “b” and “p” sounds are both labial plosives—a fancy term that means they’re made by releasing a burst of air through your lips. It makes more sense to cut or keep both than to cut one.

Each language has a “frame of mouth,” if you will—a way in which we as speakers hold our jaws, tongues, etc. This is where most accents come from. The position of a native Chinese speaker’s mouth is fundamentally different than that of a native English speaker’s, and different English and Chinese dialects are varied even further. When the position of the mouth doesn’t provide well for one kind of sound, like the voiced plosive “b,” it makes sense that it wouldn’t provide for the unvoiced plosive “p” either. Both sounds are made with the same mouth position—thus, if that position is discouraged in the language, both sounds may be completely absent.

However, there are (few) instances of languages having only one, such as some forms of Arabic having a “b” but no “p,” so these aren’t hard rules as much as guidelines. As a general rule, if a real-world language does something, you can probably get away with it as well. Just be sure that when you construct a sound inventory, your choices are not random.

If you want to put in the research time you can read about and listen to other languages to find sounds, but using only familiar sounds is also a legitimate option. The absence of sound can be as significant as new sound, and cutting sounds can achieve the same fantastical feel as adding foreign sounds. Furthermore, there are some sounds in English we don’t think about, like the glottal stop (the hyphen in “uh-oh”) and the velar nasal (the “ng” in “running”). Using those sounds more often can add to the fantasy feel, despite them being English sounds. If you do want to add more sounds, make sure they are sounds found in other languages—the more common the better. Research is your friend.

One you have your sounds, you’re ready to press forward into creating words, names, and, eventually, a full-fledged fantasy tongue.

Which fantasy language sounds most authentic to you?  Which sounds least authentic?

Have you tried creating a fantasy language?  How did it go?

Arianna Lemont is a writer and editor of fantasy, studies linguistics and culture in her free time, and is bilingual in English and Mandarin, having grown up as an American in China. She uses my multicultural childhood to build detailed and unique fantasy worlds.

This was really helpful. Thanks so much! In my story, there is a language that is called Cyromnean. Right now, it’s just a written language but there have been times when I thought about making it a spoken one as well.

American english language is composed of many languages
Greek, Latin, Anglio Saxon, German, French, Spanish, and Italian to name a few from my recollection. Basing your Fantasy language from any of these should suffice.