This article is by by Toni Šušnjar. 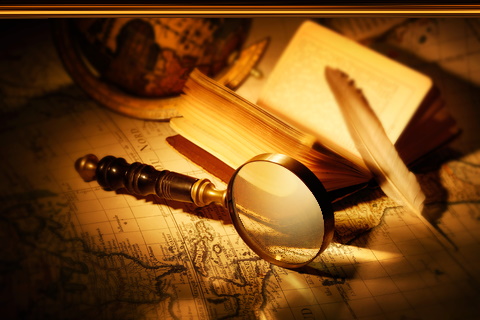 Map building is perhaps the basis of fantasy, epic fantasy in particular. JRR Tolkien once wrote, “I wisely started from the map, and made the story fit” (1 2). George Martin, aside from stealing Tolkien’s RR, also utilized the same process; this is particularly noticeable in how he utilized the Wall as a scale for his maps, and (generally) made travel times fit said scale. In an interview, Martin pointed out how maps are necessary for fantasy, which is a repeat of Tolkien’s argument.

Here are some factors to consider when building a map of your fantasy world.

Mountains are formed by collisions between tectonic plates. Because of this, mountains form chains, ranges and ridges. The exception are volcanic mountains (such as Mauna Kea, Vesuvius etc.) which may be solitary – but their nature and likelihood of appearance over rifts between tectonic plates means that they too may form ridges. Lone mountains or hills are almost always volcanic in origin. Impacts of asteroids form circular rings of mountains, possibly with a central pike.

Mountains may also have foothills, that is, hills near the mountains. Old, worn-out and eroded mountains will appear as chains of hills.

Borders can be natural or political. In either case they will define boundaries of a certain group of people (tribe, ethnicity, race). Borders will follow certain boundaries: rivers, mountains, deserts. River borders are – unless a river is an unfordable one – likely artificial boundaries, as an agricultural civilization will seek to fill up as much of a river valley as possible (there are unclear examples, such as Rhine border between Celts and Germans). Mountains are much more natural borders; often the border will be defined by high mountain ridges dividing different drainage basins. Other natural borders are deserts, choke-points on peninsulas, or wide bodies of water such as lakes, sea channels, or perhaps particularly wide rivers.

Placement of Cities and Settlements

Cities do not spring up just wherever. In other words, there has to be some incentive for a large number of people to settle at a certain place – and stronger the incentive, larger the city.

Cities are thus usually founded on major trade routes, rivers, or as main ports – either on coasts or on rivers. On rivers, cities will often be placed on estuary of one river to another, as such a placement positions them on what is essentially riverine version of a crossroad. This will also depend on local environment, however – swamps are not very healthy living environment and will usually not be a site for a city, though a more organized (centralized) state may decide to build a city there anyway, for administrative or strategic reasons. Byzantines occasionally did such a thing, and Mongols built a city in a middle of a steppe. But most cities will have evolved naturally, so unusual placement of cities should be unusual even in a highly organized civilization.

Water, food, shelter and fuel are necessary for a city. City itself provides shelter, but food has to come from the surrounding countryside, as has water and fuel.

Considerations that influence placement of cities:

Most important resources are drinking water and arable land, but small communities will pop up anywhere there is a resource that people want (e.g. metal ore), providing manpower required for exploitation of said resource.

Trade routes will link different settlements, and settlements at crossroads of different trade routes will show propensity for growth, assuming other resources necessary are available. These settlements will develop into towns and eventually cities. Distance between settlements will be determined by the terrain and normal travel speeds: usually two settlements will be about a day’s travel from each other, possibly less, but almost never more. Due to importance of trade, cities with good, sheltered ports and good geographic positions tended to become important: examples are Rome (located at fording place), Constantinople (located at a strait of Bosphorus), London (located at the place where bridge could be constructed), Pittsburgh (confluence site of two rivers).

Elevation is also important. Settlements may be placed at low elevation, so as to get easy access to arable areas close to rivers, as well as to easy transports. In areas threatened by attacks as well as in areas prone to flooding, settlements will be placed at hillsides or hilltops, in order to provide natural defence against flooding and/or enemy attacks.

Defensibility is an important concern. River meander, island and hilltop sites all have defense as one of, if not the primary, factors in choice of city location. New Orleans and Paris were placed on islands for reasons of defense, while Constantinople and Hong Kong were placed on peninsulas.

This map shows outline of main factors when placing cities:

Size and Shape of the World

In order to avoid the dreaded teleportation issue so frequently found in live-action television, a map has to have a scale. This scale will influence the nature and the pace of the events in the world. A person can walk about twenty miles a day at a leisurely pace, and the marching pace of an army is similar. Horse may travel about fifty to sixty miles a day.

One thing to note is that most fantasy maps are, implicitly if not explicitly, those of a flat world. This is a consequence of the medium: epic fantasy generally happens only in one part of a world, and thus world’s roundness does not have any significant influence on the story. But even on continental-scale maps, roundness of the world will have skewed the distances and travel times depending on location (that is, distance from equator, or else from projection contact point – for more on map projections, see here and here). Global maps are even worse – this deformation is the reason why Greenland (area 2 166 000 km2) appears to be several times the size of Australia (area 7 692 000 km2) when seen on standard Mercator projection map. Consequently, authors which use map scale for measurements without adjustment – as George Martin, and possibly J.R.R. Tolkien, did – implicitly assume a flat world.

Compass shows directions of the world. It is not strictly necessary, as a modern convention is to have the top of the map pointing north, but it is good inclusion.

Scale helps show the scale of the map. It can be set first, and then map drawn to it, or else map can be drawn first and scale set by comparing it to either overall size of the map, or else already established distance on the map. Scale usually has the shape of a ruler showing the certain distance.

Cities, as noted, will be positioned at or close to major waterways – good real world examples of that being cities of London, Rome and Constantinople. They are also major trade hubs (or what passes for major in the setting / era). This means that cities will have several defining features:

In some cases cities were separated from towns by their possession of defensive walls, but not always: in antiquity, many cities did not have walls until the Migration Period, or else walls were purely decorative.

For a short overview of major design elements, a typical city will:

How many countries exist in your world?  How are their borders defined?

How frequent are cities in your world?

What are reasons for the existence of cities in your setting? Administrative, economic, military? How do these reasons impact the feel, the layout, and the structure of your cities?

This is my personal view but, I’d like to say. That building a fantasy world take a lots of work and time. So I’d like to show my appreciation towards to them by saying, thanks for the great experience