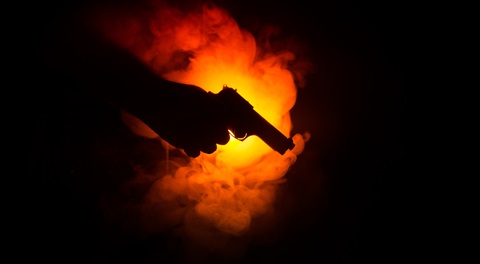 Organized crime has become a mainstay in modern fiction. From suited-up dons to street thugs struggling to survive, criminal networks make for interesting stories. As writers and worldbuilders, how do we make organized criminal groups believable?

Buckle up, because in this article I’ll tell you how.

In the golden olden days, the word mafia exclusively referred to the criminal organizations born in Sicily around the time of the Italian unification. Language, however, is an ever-changing entity and now the word mafia is synonymous with highly sophisticated criminal networks. Within this article, mafia will be the word I shall use for describing highly organized criminal networks. They are organizations that have managed to infiltrate their national and even global economic and political system through various means. To put it simply, if your group is powerful and resourceful enough to speak one to one with the local mayor, they’re probably a mafia.

Gangs on the other hand are those groups who have not reached this mark. Unlike the highly organized culture of the mafias, gangs rely on largely informal and individual relations.  Its members swear allegiance to the organization, but earnings and status is up to the individual to earn for themselves. That being said, gangs can still be highly lucrative organizations through the combined efforts of its members. However, gangs lack the political and economic pull necessary to cement themselves in the systems of their host countries. Without this respectable clout to envelop themselves in, gangs must survive and thrive on the peripheries. Often enough, the most successful gangs also ingratiate themselves with their local community for (supposedly mutual) protection and long-term viability.

If a gang’s community is agreeable towards the organization, locals are less inclined to cooperate with police investigations on these groups, which eliminates the simplest way to convict career criminals. Mafia organizations such as the ‘Ndrangheta and the Russian mafia, prefer to obfuscate their existence.  This provides them with an even greater safety net against legal inquiry, but it is difficult to achieve for gangs because maintaining secrecy is only possible through distancing the group from street-level crime.

2.What do these groups do?

In all seriousness, everything within the limits of reality and human creativity is up for grabs. Creating phone companies for the purpose of selling rigged prepaid cards, which run out after a few calls, to illegal immigrants who are too scared to go to the police? Done already by the Gambino’s.

With that being said, you need to keep in mind the actual power and wealth that your organization works with. A disorganized street gang will not be able to set up something as advanced as a construction or waste management scheme. Gangs instead are limited mostly to street-level criminal schemes such as drug dealing, prostitution and gun trafficking. At the same time you should not underestimate your group. Gangs may not have political sway, but the successful ones still deal with enormous amounts of money, organized within complicated national and global networks that involve the presence of numerous crime groups.

The most important distinguishing factor between gangs and mafias is that the latter has access to more wealth and political sway and can therefore pull off more sophisticated schemes. Among mafias you will (almost) always find various forms of mass/high-profile extortion, combined with at least one form of whitewashing. Mafias have the sway to extort major businesses/organizations either through extorting key figures in the industry, or by being numerous and organized enough to orchestrate low-level extortion practices en masse. A good example of this are mafia practices at places such as the Fulton fish market, where the Genovese family was able to extort the over 1 billion dollar industry, through “controlling the unloading and loading of fish and sea food, and granting parking privileges”.

If you’d like to incorporate high-level extortion, you should also take a look at the relationship between the Italian-American mafia and leaders of the labor and teamster unions. More often than admitted, the heads of such legal organizations would be bribed by Mafiosi to put pressure on employers through strikes.

Note 1: Both the Genovese and Gambino examples came from Selwyn Raab’s: the five families.

Note 2: For the relation between teamsters/labor unions and the mafia, you could start your research with the highly interesting histories of Jimmy Hoffa and Danny Greene.

There are the five dominant ways in which criminal groups emerge:

When trying to understand organized crime, it is important to keep in mind that gangs emerge along ethnic and cultural lines with no inherent preference for any specific ethnicity or culture. On the other hand mafias (when using the definition above) emerge predominantly out of native populations.

At their core, gangs are a response to marginalization and a fear of the unknown. In their most primal form, they are social groupings meant to protect its members against economic and societal forces greater than them.

Mafias on the other hand emerge as business ventures into the illicit. They are at their core an exploitation of an illegal opportunity presented to criminals as a result of an economic boon in an area with limited legal jurisdiction. However, most mafias do not start as such. Both the Russian and Sicilian mafias emerged within prison systems and only exploited their local political and economic opportunities after they had already formed a criminal society within prison walls.

Also, not all gangs are based on ethnic or cultural lines. Gangs have developed on the basis of gender/religion/political affiliation and many more causes. The only things necessary for a gang to emerge are socioeconomic disadvantages mixed with some form of an exclusionary dynamic.

In a fictional world, the options are endless. Gangs based on having cybernetic augmentations, or being able to use magic, are examples of what is possible.

Note 1: The russian mafia as the entity we now know it as, arose during the collapse of the Soviet Union which led to an easy to exploit legal wild west of economic liberalization. The Sicilian mafia emerged during the unification of Italy, which combined with a boom in revenue in the Sulphur and citrus fruit industry in Sicily.

Note 2: There are theories that state that culture does play a role in the emergence of crime, but that’s something to discuss another time. If you’re interested  in the subject, you may want to read up on the Culture of Honor theory, which states that herder societies develop to be more aggressive than farmer societies.

Sophisticated criminal networks develop a culture amongst themselves. They do this to increase cohesion within the organization and as such increase the robustness of their network.

Now, I’m sure a professional criminologist may spin whole paradigms around this, but for us writerly folk I will keep it simple and sweet. The short of it is that the more traits of a criminal culture a criminal organization has, the more effective it may be.

Feel free to use the list below as a tool for picking and choosing your gang/mafia’s traits, but keep in mind that these traits are not ubiquitous. Your criminal group does not need to exhibit all of these traits to qualify as a believable underworld entity.

Superficial traits are those aspects of criminal life that unify the members through their physical appearance and lifestyle. These traits are especially prominent among gangs, because these groups benefit the most from clearly visible stimuli for identification. This gives them the appearance of a collective. For mafias this isn’t as necessary, because they have a strong internal structure to provide them with this feeling of connectivity. To the contrary, a strong expression of superficial traits actively hinders the mafia’s ability to remain secret.

However, this does not mean that mafias don’t have any of these superficial traits. The Russian mafia for example is well-known (like other prison-born crime groups) for its intricate tattoo symbolism.

These traits signify the level of structural organization a group has. Mafia groups will check most, if not all of these boxes, whereas the least organized gangs won’t tick any.

Note: A large number of the structural traits were lifted from Bynum, Decker and Weisel’s research in “Gangs as Organized Crime Groups”.

Do you have any criminal organizations in your stories?  If so, are they more along the lines of a mafia or a gang?

What is your favorite portrayal of a criminal organization in a story? What makes it compelling? 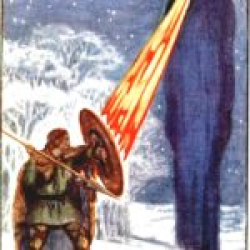 Roel Karstenberg
I go by Ban, but I also accept any of the following: The Stilton Swindler. The Emmental Criminal. The Gouda Gangster. The Roquefort Robber. The Parmezan Pirate. The Cheddar Cheat. The Manchego Marauder. The Mozerella Mobster. The Sbrinz Prince. The Edam Imam. The Colby Colonel. The Brie Brigand. The Burrata Buccaneer. The Quark Nark. The Limburger Pilferer. The Camembert Camorrista.

Does this formation pattern follow for terrorist organizations as well?

Terrorist organisations don't function like an organised crime group for two key reasons: the first is they would be too easy to detect and destroy if they have a hierarchy like a mafia and the second is a terrorist organisation has religious and/or political objectives that organised crime groups don't usually have. Modern terrorist groups usually operate through stand alone cells (generally a handful of people) who pledge allegiance to the cause or movement. Al-Qaeda is a classic example. Islamic State also operates along similar lines.

I got really inspired to try and use this for a werewolf pack that plays a big role in the story I'm currently working on. The first two drafts are already done though, and there's not much room to develop the pack.

Even then, it helps to think of the pack in terms of a gang.

An impressive write up. I could see this information transposed to the “guild” concept often found in fantasy settings. Besides the guild of assassins, and the guild of thieves, I can see this applied to more legitimate guilds such as the guild of smiths or the guild of bankers.

I especially like the finer details like the cost of leaving an organization, or the special language used.

Thank you for the compliments and I hope you can use it. I think applying this to banker guilds and other guilds that emerged from the outskirts of society would be a great idea. Perhaps a tinker’s guild could emerge from a gang of metal thieves. Or a mining guild from a mafia that emerged out of a gold rush.

Does this formation pattern follow for terrorist organizations as well?