This article is by Alex Baker. 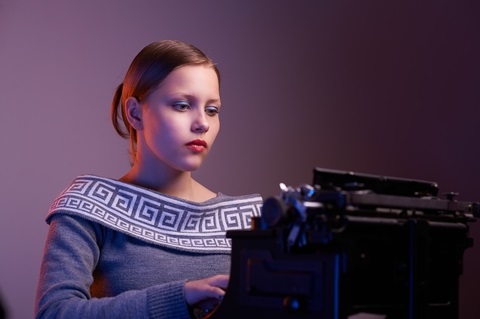 Fantasy is a genre that has always resonated with teenagers. Whether it’s imagining themselves exploring the halls of Hogwarts in the pages of Harry Potter, or deciphering the alethiometer in Philip Pullman’s His Dark Materials series, for many teens fantasy is a chance to immerse themselves in a universe where the limitations of the ordinary are thrown out the window. And with fantasy becoming increasingly mainstream thanks to the success of blockbuster movie franchises like Lord of the Rings, more teens than ever before are having their eyes opened to the endless possibilities fantasy offers.

But reading fantasy novels or watching it on the big screen is just half the story – what about writing it? Imagine being in the shoes of a teen, spellbound by the adventures of Percy Jackson or the world of Earthsea. You’re inspired – you want to write your own fantasy quest, with dragons, wizards, cute animal sidekicks, and more. But where do you even start? Fantasy is such a wide ranging genre it can be daunting even for experienced adult writers to know how to turn those ideas into something tangible, let alone teens who are putting pen to paper for the first time.

If any of the above sounds remotely familiar to you, help is at hand. This article will be a guide to breaking fantasy fiction down into bite size chunks with three fun, quickfire fantasy writing tasks.

From an outsider’s perspective, worldbuilding is arguably the biggest stumbling block to starting writing a fantasy story. It’s far more than just constructing lots of settings and thinking ‘job done’; it’s about crafting the story so that the various settings interlink with one another. Trying to juggle everything, from your world’s system of magic to its sewage network, can understandably feel overwhelming to less experienced writers, so a good tip for worldbuilding is to take an in depth look at each strand of your fantasy world one at a time.

Ask yourself some questions about the fantasy world you’re looking to create. Answer them off the top of your head, completely from your imagination. Each question will be on a different aspect of your world – the culture, the environment, the main source of conflict, the system of governing, and plenty more besides. The answers don’t need to be perfect, but they should provide insight into your reasoning. You might not even use the answers in a story, but they will help you to define the rules of your world.

Here are a handful of example questions you can pick from:

If you’ve constructed a fantasy world, the next step is to populate it with characters. You’ll want to make your characters unique and full of life – they’ll all have hopes, fears and ambitions that will drive them through the story. But it’s worth noting that even interesting and distinct characters can fit certain patterns.

For instance, how many times when reading fantasy stories have you come across a protagonist who wishes to escape from a dull life and go on an adventure? Or a stoic but compassionate old mentor figure, who trains or guides the protagonist to unlock their potential? Like all genres, fantasy has these character archetypes – if you think about it, you’ll recognise a lot of similarities with the sort of characters you’d find within fairy tales, except more fleshed out with their own distinct personality and motivations. Why not use an existing character archetype and reimagine it to fit your ideas for a character?

Pick a common character archetype from fantasy stories and flip it on its head. Imagine how your character could subvert a reader’s expectations or put a new spin on the archetype.

Maybe you’d write about a wise wizard who isn’t wise at all and gets all his sagely quotes from a corny self-help book. Or maybe you’d create a battle hardened dragon slayer who loves baking cupcakes and arranging flowers. So long as you show a different side to the character archetypes the choice is entirely yours. Here are some archetypes for you to try reimagining.

The previous two activities help with exploring worldbuilding and characters. But what about the plot of your story? That’s where the final activity comes into play, with ‘play’ being the key word.

Fantasy is a genre that lends itself perfectly to roleplay – you only need to look at the popularity of Dungeons and Dragons, as shown through YouTube campaigns such as Critical Role and The Unexpectables, to see how fantasy can be made vibrant and interactive. Why not use the same principles of random dice rolls and creative solutions to problems in your writing, to capture that feel of an epic fantasy quest?

Imagine that you are a humble apprentice to the kingdom’s finest witch. She teaches you the ways of magic – but one day she falls terribly ill with a case of sorcereritis! The only cure is a potion, but your witch teacher doesn’t have all the ingredients. Therefore, it’s up to you to collect the missing items.

You’re told that the first ingredient that you must fine is a feather from the wing of a gryphon. You know that there are groups of gryphons in three nearby locations – the caves to the east, the mountain to the west, and the abandoned bell tower in the town centre.  Each of the locations have their own unique perils, so which one do you explore first: the caves, the mountains, or the bell tower? Grab a standard six-sided die to find out which path of the story to take and then write out how your character claims the gryphon feather!

Roll 1 or 2: You go to the caves to seek a gryphon feather. As you approach the caves, the gryphon clan approaches and explains that their cave has been taken over by a dragon. The gryphons promise you that they will give you a feather if you make the dragon leave. You must enter the cave and ward off the dragon, either through negotiation or by force!

Roll 3 or 4: You go to the mountain in search of gryphons. The mountain is steep and harsh, with a raging blizzard bearing down on you. Through the flurry of snow you hear a voice, singing soothingly to you and encouraging you to come towards it. You stumble after it, almost hypnotised, and follow it into a crevasse, out of the blizzard. You finally see that the creature is a snow-siren – the good news is that she is wearing a dress made of gryphon feathers, but the bad news is that she has lured you to her lair to eat you! You must defend yourself against the snow-siren’s attack and take a gryphon feather from her!

Roll 5 or 6: You go to the abandoned bell tower to find a gryphon feather. As you enter the tower you feel an unnerving presence and spectral forms begin to appear. The ghouls tell you that the gryphons are at the very top of the tower, and threaten to steal your soul if you attempt to climb to the top. You must fend off the ghouls as you climb the tower to meet the gryphons and ask them for a feather!

The above examples are just a few ways to get teenagers grappling with the ins and outs of fantasy fiction. For those of you that started writing in your teen years, what sort of activities helped you to make progress in fantasy writing?

How would you get younger writers to think about intricate details within fantasy, like crafting characters and worldbuilding?

What are the most difficult aspects of fantasy writing that younger writers may struggle with?

Alex Baker is the founder and group leader of Igniting Writing, a creative writing club for 11-18 year-olds to develop their storytelling and writing skills. Writing can be seen as a solitary activity, so Igniting Writing gives teens the chance to come together and write as a group, share their imaginative story ideas, and build friendships with other young aspiring writers. The group is based at Wokingham Library in the UK and holds creative writing sessions every weekend. The focus is on a different aspect of writing every week, from creating characters and settings to exploring genres like sci-fi, fantasy and beyond. Roughly once a month Igniting Writing also hosts ‘guest speaker’ sessions, where local authors, poets, journalists and other people experienced in the world of writing come and share their knowledge and advice – it’s a chance to get the inside scoop from the pros!

My niece recently expressed she wanted to give writing a try. I have experience with writing myself but this didn’t come till I was in my late 20’s, she is only 14. This was a fantastic read and I feel like I can give her better tips and guidance on writing after having read this. I know she wants to do similar writing to the Twilight series which is one of her favorites.