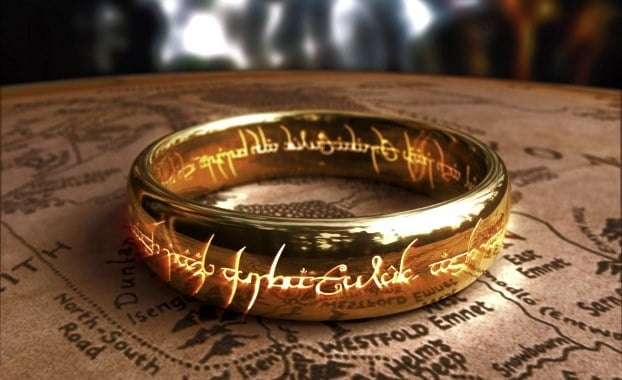 Have you ever considered having stories or songs within your tales?

J. R. R. Tolkien does this masterfully within The Lord of the Rings. He demonstrates on several levels the power such things have to add life to a story.

Your world has a history before your chronicle shines a light on a particular time or event, and it will continue after your tale ends. Telling a story within a story helps bring the past into focus in such a way that it is not just an info dump that people in the story already know about, but the reader does not.

The history lesson of the Ring that Gandalf gives to Frodo — and the greater one at the Council of Elrond — details information that is new not only to the reader, but also to Frodo and many of those gathered to decide how to battle the terrible power of the Ring. Thousands of years of history come alive as told by those who lived it.

This avoids the problem of having the people in the story talk among themselves like, “Well, as you already know, Jane, we must attack at midnight, or all is lost.” “Yes, John, but I also realize, as surely you do, that our group may be already compromised because we were both at that meeting last night where Jack revealed his fears.”

Sam’s song about Gil-galad; Bilbo’s poem of Eärendil read aloud in the Hall of Fire, a place dedicated to the preservation and celebration of history through tale and song; and Gandalf’s reciting the lore of the Seeing Stones give historical information as well in a subtler way.

Not only does Aragorn’s tale of Beren and Lúthien add more historical depth, it gives the hobbits something else to think about besides their fear of the pursuing Black Riders.

Later, in the midst of the terrible ordeal of bearing the Ring, Frodo laughs as he hears Sam tell of his dream of hearing their own story told. The elder hobbit tells his faithful gardener and guardian that he is as happy as if the story was over, rather than presently trudging through the worst parts of it. Faramir speaks of the hope that he and Frodo will live through the dark perils that await them and tell their stories afterward in the sun.

As Frodo and Sam rest on the Stairs of Cirith Ungol, the gardener realizes they are in the same tale that Aragorn spoke of at Weathertop. The hobbits carry with them bits of history as they continue the story that began millennia before.

Sam gives a powerful meditation on persevering through horrific trials with examples from stories the two loved as lads. He talks about how he formerly viewed the events in such tales, as things done out of a wish to inject some excitement into an otherwise boring life. He has discovered the truth. We do not choose our tasks as much as they are chosen for us.

Sam and Frodo both perceive that the quests undertaken in these stories are actually to fulfill callings, just as they themselves are chosen. Throughout the history of Middle-earth, Elves, Men, Hobbits, and Dwarves have the choice to turn around and refuse to do the job at hand. Sam is right to say that we would not know of those who did. We would not even know the gardener himself.

As the heroes of old inspire the hobbits, those in Middle-earth have the power to inspire us. They certainly inspire me.

What other stories include tales and songs within them, and do so effectively?  What are your favorite examples, and what makes them work?

What tales can you add to give depth to your stories?

How can you use the power of stories to encourage your readers?

Anne Marie Gazzolo is the author of Moments of Grace and Spiritual Warfare in The Lord of the Rings, which includes a chapter on The Hobbit. Sign up for her mailing list at www.annemariegazzolo.com and get a free copy of her ebook about applying to your life the lessons taught by Hobbits, Wizards, Elves, Men, and Dwarves. Works in progress include another book on Middle-earth, focusing on the journeys of Bilbo and Frodo, and a fantasy series. You can also connect with her on Facebook and Pinterest.

Despite being a fantastic book whose main target audience are children and teenagers, The Lord of the Rings has already been read by people of all ages. The density and quality of the universe created by Tolkien catches the attention of both beginner and experienced readers.

Tolkien does this. So does Stephen King. Further, events, locations and characters often crossover to other novels – often as passing references. They’re like Easter eggs – pretty cool if you find them.

You couldn’t have used a more perfect example for this article! Stories within stories are what initially got me into writing as many of the books that I read as a child and young adult, were based on that idea. I have always wanted to elaborate on a story that I have included in my recent work in progress and I think this post has given me the inspiration to do so.

Thank you! So glad you enjoyed this and it inspired you!

I like to think of story telling like painting a picture. In this, you are able to better understand key points you want your reader to focus on but also allowing them to question the story as well. I feel a story that answers all the questions is one that is easily forgotten about.

A story or tale gives life to the character’s culture. We can picture what’s going on more easily and we can connect to the character’s thoughts. We would understand why he behaves in a certain way, what does he exactly mean and what does he actually feel. And it won’t sound awkward as if you were writing a descriptive essay; it flows with context smoothly.

I’m not sure if this is really the same thing, but in Inkheart, Cornelia Funke weaves a lot of classic novels into the story. As Meggie goes on her own adventure, she compares herself to the heroes of her favorite books, using them as role models to guide her through her challenges. She mentions “The Lord of the Rings”, Roald Dahl’s “The Witches”, and a Shel Silverstein poem. In many ways, “Inkheart” is a story about the power of stories.

That sounds great! I need to find that one.

I use the story within a story in my writings all the time. In The Termite Queen, the protaganist is quite an enigma, harboring a dark secret that can only be revealed in v.2 by his sister, as she tells the story of his life to the heroine. And at the beginning of my series The Labors of Ki’shto’ba Huge-Head, the story of Ki’shto’ba’s hatching and nymphhood is narrated by the Remembrancer of its home fortress. That’s how it’s revealed that Ki’shto’ba is a stand-in for Hercules (engendered by the Sky-King, protecting its twin by killing serpents in the nursery). I personally enjoy this type of narrative, although I’ve been told by some readers that it’s telling and not showing. I’ve never been much of a slave to that rule, anyway.

Thanks for sharing your thoughts on how stories within stories help your own.

Good post! I am going to add the link to my DCharltonEdits FB group.

Stories within stories can reveal much about the characters in the main story. I managed to tell a couple of stories within Cultural Gleanings, my short story in the upcoming UnCommon Origins anthology. The little stories within are intended to be humorous crutches for one main character’s scenes.

Thanks for sharing my post, Deanne! Glad you enjoyed it that much. 🙂

I love how Patrick Rothfuss does this in The Name of the Wind. He has Trapis tell the story of Tehlu to Kvothe in such a way that the reader feels present, learning this crucial mythology alongside the protagonist.

Sounds good to me! I haven’t read that book but certainly that method worked well for Gandalf and Frodo, so why not here? 🙂