This article is by Cassandra Rose Clarke. 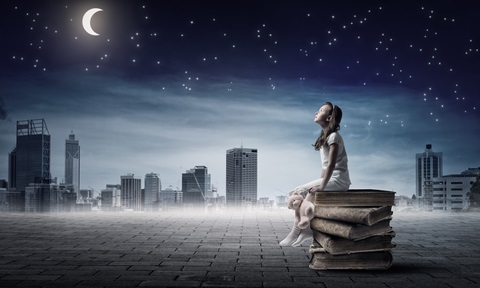 Imagine a typical fantasy writer’s day. They wake up, have their cup of coffee, faff about on Twitter for a bit, and then settle down and begin to work. Their work, of course, consists of retreating deep into their own minds, pulling on tiny threads of the fantastic and teasing them out into the wonders that populate their stories. It’s a rewarding process, but a deeply internal one. Writing has been called a lonely profession, and writers themselves have the reputation of being deeply introverted, and therefore better suited to handle the hours spend staring at the unforgiving light of a blank Word document.

But What if There’s Another Way?

While I do consider myself fairly introverted, I’m not so misanthropic as to eschew the company of people all the time. So I was intrigued when Julian Yap of Serial Box first reached out to me about working on their new serial, The Witch Who Came in from the Cold. It would be prose, he explained, but the process of writing it would be more like a television show—with a head writer, and a writer’s room, and collaboration, collaboration being a code word for human interaction.

As an avid 30 Rock viewer, I had some idea of how a TV show’s writer room works. There’s a group of writers and they hang out in person and toss ideas at each other—all kinds of ideas, stupid ideas, brilliant ideas, jokey ideas. The ideas are thrown into a big smelting pot and refined into story gold. Then the story is divvied up among the writers, who produce the individual episodes.

But that’s TV. Fiction authors live in the real world. How would this play out?

Leaving on a Jet Plane

We planned the first season of Cold Witch over a chilly weekend in Washington, D.C., working out of an apartment stocked with snacks and coffee. There were six of us: head writers Lindsay Smith and Max Gladstone, me, Ian Tregellis, Julian, and Margaret Dunlap, a Serial Box writer for Bookburners and an experienced TV writer. She helped guide us through this mysterious collaborative process, which turned out to be not so mysterious after all.

Simply put, we took to it like spies in the Cold War.

I’ve been writing in some form or another since elementary school, and I had never had an experience like that weekend in Washington. Certainly I’d done some writing-related collaborative work—critique groups, beta readers, and so on—but all of that was tied to revision, or as I prefer to call it, the worst part of writing. The work we did in DC was all part of the invention stage, those moments when the ideas are flying around and you’re brimming with excitement over your story. Normally this is a process that I do in isolation, because trying to summarize a story idea to a friend is about as exciting a conversational topic as relaying your dreams. But for Cold Witch, we were all dreaming at the same time.

I think that was what I enjoyed the most about the process, that shared dream. Writers all have their little quirks and obsessions, the images and themes they return to over and over again. It’s part of how readers can pick up a book and recognize it as belonging to a particular author’s body of work. But with Cold Witch, Lindsay’s writerly obsession might be my unique perspective, some aspect of the world that I’d never considered writing about before. Would I have come up with a character like Gabe on my lonesome? I doubt it.

The Joys of Human Interaction

If I had been tasked with writing a fantasy Cold War spy novel by myself, it would not have looked remotely like The Witch Who Came in from the Cold. The final product being released by Saga this month is not the product of any one person’s imagination, but rather a blending of five very different psyches. The world we created in the book is much richer for it—more complex, more informed by different experiences and backgrounds.

So maybe writing isn’t so lonely a profession after all.

What experiences have you had with collaborative invention? Every played an RPG like D&D or wrote a story with a friend? What were those experiences like for you?

Who would be your collaborative “dream team”—what authors would like you like to see work together to tell one story?

What would your fantasy Cold War spy novel look like? 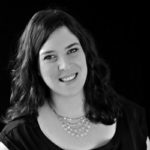 Cassandra Rose Clarke grew up in south Texas and currently lives in a suburb of Houston, where she writes and teaches composition at a pair of local colleges. She holds an M.A. in creative writing from The University of Texas at Austin, and in 2010 she attended the Clarion West Writer’s Workshop in Seattle.

Her work has been nominated for the Philip K. Dick Award and YALSA’s Best Fiction for Young Adults. Her latest novel is Our Lady of the Ice, out now from Saga Press. You can find more at www.cassandraroseclarke.com or on Twitter @mitochondrial.

You can read the The Witch Who Came in from the Cold at Serial Box, and purchase the Saga Press edition from Amazon.

I did collaborative writing a few years ago. A friend and I developed a pretty elaborate tale of Gothic horror. The experience was fun. By bouncing ideas off of each other, we came up with wildly unexpected story elements. I think that the resulting story is better off for it.

When your team was collaborating, did you ever hit upon a serious disagreement? If you did, how did you solve it?