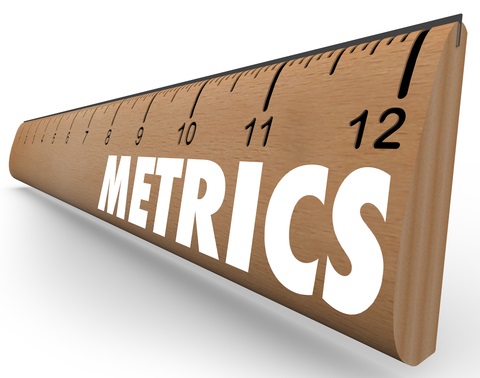 When I first started writing, during the pre-internet days, I didn’t have any idea how many words were in a novel, a short story, a novella, etc. I just wrote, but had no idea if I was producing at a good pace or if my stories were a good length. All I knew was after hours of crafting my sentences, the word count seemed low. But I was spending hours and hours on my writing, so I must be making good progress, right?

There are reasons for that, which I won’t get into in this article, but suffice to say I believe they had to do with not understanding POV.

Sometimes it took me hours and days just to squeak that 1000 words. The thought of writing 100 000 felt like scaling Mt. Everest wearing only a thong, especially when I learned some writers put out multiple novels a year.

I once listened to a Stephen King interview and misheard him saying he wrote 20 000 words a day. That was like a novel a week. HOLY CRAP!!! There was no way I could match that. My dreams of being a writer or even finishing one novel seemed impossible.

But the actual number King said, which I didn’t learn until many years later, was 2000 words, a significant number, but a bit less superhuman.

It wasn’t until podcasts became a thing, and I started to listen to Mur Lafferty’s I Should Be Writing that I discovered typically what authors wrote daily, and what was considered a good word count. Two-thousand is typically considered pretty decent.

But still, being able to produce a 100 000 word story seemed a tall task until I came across some interesting tidbits on numbers.

In this article by Holly Lisles, she describes how she uses note cards to help her plot when under time constraint. In it she did some writing math which made me realize that depending on how you look at things a novel isn’t really all that big.

If your scene/chapter length averages go up to say 4000 words, which isn’t uncommon in fantasy stories, that shrinks the number to 6-7.

Notice what seems like a very large word count can suddenly become very small. So much story to tell, but so very few scenes to tell it.

I suspect this is one of the reasons novels balloon, especially in epic fantasy with its multiple POVs. There’s too much story to tell in too little space. But then again, maybe it’s just that the author doesn’t have the skill yet to tell their story concisely. That last bit, me, guilty as charged.

Producing by the Numbers

We all have priorities in life, and sometimes writing has to take a backseat to things like family, dentist appointments, a beer on the back porch after putting in a 60-hour week, or binge watching Daredevil season 2.

That last item was priority one for the last ten plus hours of my life.

When you have stories to tell, this can lead to guilt, and long periods of not writing because you think there just isn’t enough time to be productive. I mean what are a handful of words written in 15 minutes going to do for your 100k novel?

I’m here to say you don’t need to be a word spewing machine to be productive, nor do you need long stretches of uninterrupted time.

The journey of a thousand miles begins with the first step.

If an author produces one novel a year, I think many would consider that a pretty decent pace. Some authors produce more, others less.

When I found this out, that mountain of a novel didn’t seem so high any longer. The thong disappeared underneath a parka, and I found myself holding pickaxes, and being guided by a Sherpa.

Two-hundred-and-seventy-four words, I write more than that in emails or forum posts. Heck I’m almost quadrupling that in this article alone.

Think about it. If I wrote at the same pace as this article, I could finish the first draft of a novel in around a hundred days. Over the course of a year that’s almost four first drafts.

So when you think to yourself that you don’t have the time to write, or doubt you could ever write something as long as a novel, realize that’s not necessarily true. It’s just a few paragraphs, 274 words a day for one year, and really, does 274 words seem like an impossible burden?

For me, not so much. It might even be doable in 15 minutes, which is less than the runtime of commercials in a one-hour TV show.

Of course there’s no guarantee the 274 words will be made of 100% pure awesome, but word quality, that’s a different article and another story. Pun intended.

What is your word count goal?  What steps do you take to achieve it?

Are you satisfied with your average daily word count? 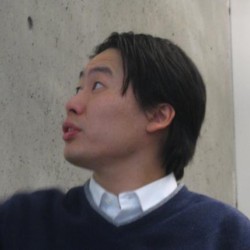 My numbers have fallen short as of late….we have care of my elderly parents and with the medical issues that have been coming up with them, it’s been hard to get a chance to sit and rite. Though I’m not complaining, by any means….we only have a limited time here, so spend as much with our loved ones, but when I did write, I aimed (and usually succeeded) in getting a 1000 words a day. But whatever you can get done, it’s a step closer to where you will be, so don’t fret. Work at the pace that is best for each of us. 🙂

I get overwhelmed at lengths as well…still haven’t finished a full length novel. My brother is insane and sets an alarm for each hour of the night so that he has the option of getting up and writing…he works full time (long hours) and produces an insane amount of quality writing…not sure how he does it!

People like your brother are the ones that put me to shame. 😀

But everyone works at their own pace. Some like to rev their engines hot. Others, not so much.

This is an interesting breakdown, it makes sense now how some authors foresee one book or even a trilogy, and then going far beyond that so that they can fit their story into those chunks of writing. Seeing the big picture really can be Mt. Everest scary, but seeing it broken down seems less daunting.

Sometimes all it takes is small shift in perspective, and the seemingly impossible becomes very doable.

I once had an interesting conversation with a friend about achieving higher levels in things like athletics, or anything for that matter.

From both our experiences, it came down to someone passing down one small piece of information/technique/insight that shifted perspective and unlocked a greater understanding, which in turn–for the lack of a better term–level up so to speak.

Wow. Those are some numbers….just starting out, I have a ways to go….to do 2000 a day. I’m more in the are of around 300 a day. Trying to juggle writing with work, family and extra curricular activities (and haven’t yet watched Season 2 of Daredevils yet…gotta do that). But it’s good to see our attempts are the “norm’…..so it’s not all hopeless. Thanks for putting these numbers out here.

As long as you keep at it, it’s never hopeless. Sometimes when my writing isn’t going so well I remember one of my favorite quotes. “Never give up on a dream just because of the time it will take to accomplish it. The time will pass anyway.”

After writing for thirty-five years, my word count is whatever it is. At first, I had to learn to write – a lot of third grade sentences. Then the problem was show not tell. I misunderstood what was meant by that, even when it had been explained to me repeatedly. Now, I look at a piece and if it’s not working, I go for a walk, meditate, watch a good show and get back to it. Next time I look at it, if it still sucks, I work on it. Writing truly is 80 percent perspiration and 20 inspiration for me. I’ve learned to allow myself to write junk into the story. It can always be removed,resculpted, expanded or contracted. One of the biggies for a large word count is to not edit too soon. But when one does edit too soon, one can learn to hone one’s skills. So that can be good too. My first book was narrative nonfiction, so I had to determine what actually needed to be in there. I wrote 1,000 pages first draft. Second draft was 700 pages. Eventually, it was 400 pages. My next work was fiction. I struggled to reach 50,000 words, and it was too flowery. These days I sometimes belabor the story and sometimes I don’t. In each of my stories I’m working something through, so I keep asking myself, have I achieved it yet? Do I need to tighten what’s there, or do I need to expand it? Only experience can tell a person these things. Good writing is a matter of dogged determination.

Unfortunately, my daily word count is nonexistent as of late. Work has a way of putting a hold on my fiction writing.

When I do have time to write, however, I usually aim for 500 words a day. It’s not a lot, but it’s enough for me to make progress at a manageable pace.