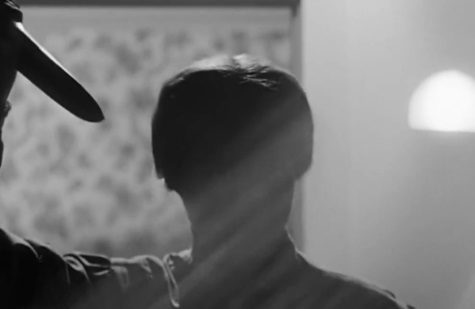 When readers pick up your book you want them to have a hard time putting it down. Even if that means staying up all night until they’ve read the whole thing. The way to achieve this is by building suspense. Here are four proven ways to keep the suspense going in your story.

This is the bread and butter of suspense. Essentially, you’re offering subtle hints as to something that is going to come later in your story; something scary or bad. This makes your reader worried for the characters, as they can guess at the terror that may unfold.

While foreshadowing just “hints” at what is to come, sometimes it can be even more terrifying to show what’s coming next in its entirety. Alfred Hitchcock was one of the most notable people to do this, and to this day it’s still a unique take on suspense.

Most writers are too scared to give everything away; they want to give the reader a quick peek of what’s coming and then conceal it again.

Many of the films Hitchcock worked on allowed you to see what was coming next in full details, and it scared the audience even more because of it. You could do nothing but sit and watch as the heroes walked into certain doom. You knew what would happen next, but you were powerless to stop it.

It worked beautifully for keeping a viewer on the edge of their seat.

Your character’s surroundings can play a big part in suspense. There’s a reason that so many authors have used stormy nights and dark forests when something bad is about to happen. We all associate these kinds of surroundings with dread and gloom, and those familiar feelings stir up inside us when the characters enter them.

This doesn’t mean that you have to use the sudden storm or the dark forest per se. To say that those have been overdone is fair. You can go for something more unique if you like, but it has to have that same feeling of dread.

A good thing to keep in mind is that humans are scared of things they don’t understand or things that are odd to them. Darkness scares us because it can conceal anything in the open air in front of us. This is why the dark forest has held so true to literature throughout the test of time. The sea of darkness in every direction is what scares us, as do all the things inside the forest that offer only hints as to what they may be as the flicker in the edges of the darkness.

Try to think of places like this that have scared you, some location you’ve found yourself in that made you think twice about stepping forward. Then, introduce your characters to this setting. An almost empty subway car late at night. A dark alley. Your house — when the electricity goes off unexpectedly — and it’s not storming.

Sometimes it takes more than to just say that the character “is in a dark forest.” Really paint the scene, show the reader what the area looks like through the eyes of your character. Get creative with your metaphors. Instead of saying “a low hanging branch snagged their hair,” say “they flinched as something grips their hair. Upon turning to see the attack, they saw the low hanging branch beckoning them like a hand with snarling fingers.”

In other words, the famous “show, don’t tell”. Use all the senses to build suspense. Let your reader hear the snap of a branch behind them, smell the smoke before they see the fire, feel the goose bumps on the back of their neck, see the flash of a steel knife blade. Then what happens? Your reader will have to keep turning pages to find out.

How do you build suspense in your own writing?  Do you use any of these techniques?

Which way to build suspense to you believe is the most effective?  Which is the least effective?

Which author is the best at building suspense?  How does she/he do it?

I personally don’t like to have any hint of what is to come. I like to be taken by surprise, so I would consider foreshadowing and Hitchcock lesse effective techniques.