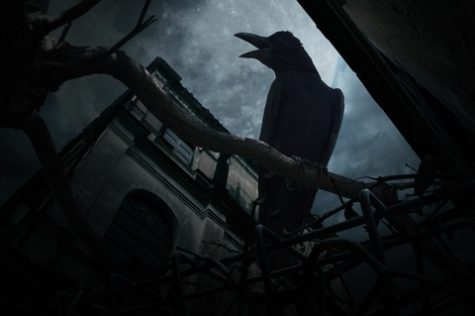 Foreshadowing is a literary tool in which a writer hints at what is to come next for the audience. Offering slight hints of what is to happen next is a proven way to keep the reader on the edge of her seat.

The trick to using it properly though, is knowing when and where it is needed, and in what amount.

You don’t want to use it too frequently, or you’ve spelled out what will happen next in black and white. Some writers do this on purpose, but if you use this method it’s debatably not foreshadowing. Foreshadowing by definition means that you only HINT at what is to come next, not say it outright.

Thrillers and scary novels are among the most common places that foreshadowing is used. These are the kinds of stories that you want to have a taste of fear, long before a reveal. You want to sprinkle a bit of horror throughout the story so that it keeps pulling the reader along.

That’s not to say that thrillers and horror novels are the only genres foreshadowing can be used. It can be a useful tool in any story in which you want to tease the reader with what may or may not happen next. By doing this in careful doses, you keep the reader enticed. The wife who smells an unfamiliar perfume on her husband’s shirt. A parent who notices a child behaving differently than usual.  These examples foretell stories that are unfolding.

But foreshadowing isn’t just used to build suspense. The intent of this is also to make a reveal of something terrifying more grounded in the realm of possibility. If something just comes out of nowhere in your story… it’s not scary, so much as… odd.

For instance, we’ve all heard the old campfire story about the hook-hand. It varies slightly from one teller to another, but in short…

The story follows two teens in a parked car, listening to the radio. A news anchor on the radio reports of a man with a hook hand escaping a nearby asylum. The teens then hear scratching on the car door, and after some debate, decide to drive away. When they return home, they find a hook hand hanging from the outside door handle of their car.

In this instance, the news reporter talking about the escaped man with a hook hand is the foreshadowing. Since we were given the foreshadowing, the hook hand at the end makes sense to us, and is scary because we have the proper context.

Imagine telling the story without it.

Two teens go out for a drive, and park their car. They sit and talk, and nothing of note happens. They drive home, and then find a hook hand on their car door.

The lesson to take from this is that foreshadowing isn’t always just a bit of “spice” in the recipe of your story, adding a little extra flare. Sometimes, it’s a necessary ingredient. By establishing that something COULD happen to your characters, it’s grounded in the realm of reality when it DOES happen to them.

What is the best example of foreshadowing that you’ve encountered in a film or story?  What is the worst?

Have you ever encountered too much foreshadowing?  How was it being overused, and what effect did that have?

How do you use foreshadowing in your own writing?

I think this piece has given me a better understanding of the foreshadowing technique. I might consider using this method in writing.

I am working or a book…this is really inciteful stuff. I will have to come back to this after some research.

Would you mind if I use part of this article in my Compositional Studies paper? My paper’s about how writers can switch from fantasy, to science fiction, and to academic type of papers. If your cool with it, give me a little arrow up? Or, as the posts author, you can do whatever you want, however you want to it chooses to let you.

I own the site, and I give you permission. Just be sure to credit the source.

I’m reading a graphic novel called 7 Seeds right now and after reading your article I realized that it constantly uses foreshadowing. I hadn’t before realized that foreshadowing makes events seem more believable, but now that I think about it you’re totally right.

Some crazy stuff happens in 7 Seeds, but because nearly EVERY single event is foreshadowed I don’t question. Your example with the hook hand made me laugh.

Best for shadow work I think is JK Rowling’s wormtail in Prisoner of Azkaban. Not only did the character of Peter Pettigrew have ears foreshadowing that he is essentially a rat, but he was with the Weasley family 4 years and was there right from book 1.