This article is by Neil B. Tafani. 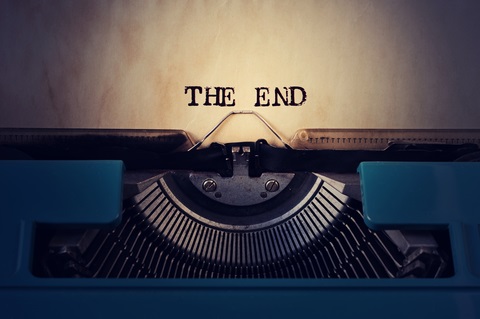 A novel needs a strong ending in order to tell a good story. This doesn’t mean that you need to have a “happy” ending, or even an ending that gives total resolution. Your primary focus when writing an ending is to make it memorable and enjoyable to read.

Some genres, of course, require certain endings. In a romance you know the hero and heroine will end up together. In a mystery you know the villain will be revealed. The trick is making it happen in an unusual way.

Cliffhangers can be useful for some books. It keeps the story in the reader’s mind, because they weren’t given resolution. A useful thing to compare it to is a magician’s secret. When we don’t know how a magic trick is done, it sticks in our head. We may ponder about it for years to come. As soon as a trick is revealed to us however, we immediately lose all interest.

Readers tend to have a love-hate with cliffhangers. Again, the magician’s secret aligns well as a comparison. We THINK we want to know the trick; we THINK that we hate having the secret kept from us. But as soon as we DO have access to the trick, we wish we didn’t.

What you DON’T want is a forced cliffhanger that just looks like you chopped the last ten pages out of the book. You still need a real “ending.”

Something We Haven’t Seen Before

If you do want your ending to have resolution, it is often best to make it a profound and satisfying resolution. Hold onto something important for the end, such as the reveal of a secret or the protagonist’s realization of a lesson.

You want to make sure your novel is working towards an ending as you write. One trick a lot of authors use is to not write the book in order. The ending is one of the first things that some authors write, so that they know where the story is going throughout. How good an ending is isn’t just determined by its standalone value, but also in how it and the main story play off each other.

The best thing you can do for your ending is to do something we haven’t seen before, or if we have, you present it to us in a new and interesting way.

How do you feel about ending with a cliffhanger? When is it acceptable? When does it become frustrating?

Do you plan endings in advance? If so, do you usually stay with what you plan?

What is necessary for an ending to be strong and memorable? Conversely, what makes an ending weak and forgettable?