This article is by Kyle Malone. 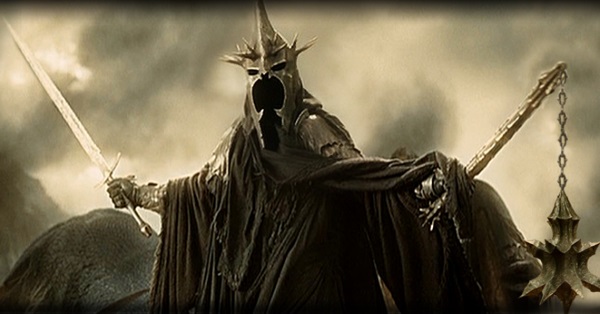 Foreshadowing has come to rank as my favourite literary technique. This is not due to the fact that it is the hardest to grasp (far from it), but because when used correctly it remains one of the most powerful.

The art of storytelling, of whisking readers into other worlds, paradoxically demands a great deal of control. It is often the writers that “make it look easy” that have in fact crafted the most, allowing their set of cog and wheels to resemble something truly organic when they’re all screwed together.

On a smaller scale, foreshadowing requires the same level of care.

It might be tempting to “smack the bottle”, to smother our stories in foreshadows as though they were ketchup. But when the technique is wielded wildly, it doesn’t add to the taste, it ultimately overwhelms it. This can cause the reader to lurch-to stumble as if they’ve just stalled a car. I believe most of this can be avoided not by hiding from foreshadowing, but by embracing the technique as a spectrum.

There is a sort of sliding scale, a spectrum of foreshadows ranging from the lightest grey to those as black as the “dark and stormy nights” they are associated with.

Here are just four different levels of that darkness you can try to hide your story in:

This is the top level of foreshadowing, a shade of the device so blunt it almost breaks the fourth wall when used in your story. Even so, the employment of prophecies, crystal balls etc. has a place in speculative fiction.

It’s important to note that the “Orphan boy destined to defeat the Dark Lord” line has become so tired it almost borders on satire. But while straightforward prophecies have fallen out of favour, the more ambiguous ones still hold a place in our hearts. We all wondered whether Neville was in fact destined to defeat Lord Voldermort, while to this day a whole host of forums exist to speculate on the identity of Azor Ahai in Martin’s A Song of Ice and Fire series. Both of these prophecies achieved their intended effect through the use of vague wording, and while those same words were very much in the reader’s face, they created a sense of doubt that captured readers’ imaginations.

If you are to use prophecies etc, this is the line to follow. We can all get behind “What if destiny lied?” or “What if the prophecy was true. But what if it wasn’t the only one?”

A level further down the foreshadowing spectrum, we find the words of characters themselves. Spoken out loud to the reader, they still stand out too much to be truly hidden, but they can add a real punch when they turn out to be true.

An example that always comes to mind is found in the work of Tolkien himself, circling around the Witch-king of Angmar. When Earnur, King of Gondor, attempted to pursue the wraith, Glorfindel stopped him:

Far off yet is his doom, and not by the hand of man shall he fall.

That single line of dialogue, spoken outside the Lord of the Rings trilogy itself, resonates deeply at Pelennor Fields. But read alone it seems innocuous, hinting at nothing.

In order to foreshadow in dialogue, the words have to read just as harmless. You’re going to want to avoid the “I have a bad feeling” kind of line, unless you’re trying to inject a certain sense of humour. Otherwise, the character has to sound as unaware as you want the reader to feel.

This third level, which relates to setting/description etc, is perhaps the most widely employed element of foreshadowing, while also being the trickiest not to overdo. We’re all familiar with dark nights, tree branches against windows and gates banging shut in the wind. They spell out the danger, which can at times sound too loud in the reader’s ear. It’s best to be economic with these descriptions.

In Shakespeare’s Macbeth, he opens the play with three witches on a dark night. This scene is quite brief, almost forgotten, but it sets the tone for the tragedy to come. When combined with the dialogue described above, as the bard does so in Hamlet (“Tis bitter cold and I am sick at heart”), a writer can avoid crossing the line into melodrama or purple prose.

On the other end of the scale, foreshadowing can be stitched into every word. This is the level that is hardest to wield consistently, but most difficult for the reader to spot. It is the “Inception” level, the use of foreshadowing so fine that the reader won’t notice it there. Instead, the idea will grow naturally in their mind, often resulting in remarks such as “I don’t know why, but I just knew it was coming” when they refer to your conclusion or your twist.

The use of foreshadowing in this manner has literary merit; you will have to find the right word, perhaps every time, as a poet must do. An example of this from G.R.R. Martin’s work is seen where Melisandre, searching for the Lord of Light, sees only snow, and the wording here is often highlighted as significant. More nuanced examples of course exist, and it might help to go in search of these before you try out the technique for yourself.

Ultimately, the use of foreshadowing demands all these four parts, and more, at different times of your story. Once you master the basics, you can grow bolder. You can start to tell lies, hiding things in the shadows that are meant to mislead.

In the end, that’s what all readers want. They don’t want things to jump at them in the night. They want floorboards to creak, windows to yawn, and lights to flicker in the hall. And then, only when you have them reach for their bedroom door, they want you to show them what they believed all along: They’re not alone.

Which level of foreshadowing do you feel works best for fantasy fiction? Are there any that you feel are overdone?

Which authors have inspired your own foreshadowing journey? What about their work shows their mastery of the technique?

Do you prefer to lay the foreshadows as you go, or go back at a draft’s end and add them in?

Kyle Malone is a writer of epic and high fantasy living in his home city of Cork, Ireland. You can find more about his work and series “Mist Rock” at yourelisteningnow.com.