This article is by Dr John Yeoman. 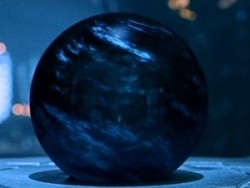 I knew I had to kill the wizard that night. Sure, I felt bad about it. Hadn’t he always been my buddy? But he shouldn’t have fooled around with my wife.

Every new story writer knows the difference between first and third person narration. Don’t we?

The first person voice ‘I’ has power and immediacy. The narrator can convey his or her innermost feelings and intentions directly to the reader. Try changing the voice in the passage above to the third person: ‘He knew he had to kill the wizard, etc’. It loses its power. It’s awkward.

The third person voice is the newbie’s choice. It’s far easier to use than the first person. There’s no constraint on the Point of View (PoV). The narrator can be privy to every secret (although omniscience is optional).

But the writer who never ventures beyond the third person is like a mountaineer who falls in love with climbing walls.

Of course, you’ll avoid the second person, won’t you?

As for the second person, the direct address to the reader (‘you’), be careful. We – or you? – can see its perils in Calvino’s experimental novel If On a Winter’s Night a Traveller (1979).

Watch out: it is surely a method of involving you gradually, capturing you in the story before you realize it – a trap.  Or perhaps the author still has not made up his mind, just as you, reader, for that matter, are not sure what you would most like to read[.]

And so on, ad taedium. The repetition of you, you, you is like a flurry of punches to the stomach.

Readers do not like being punched in the stomach and WalMart does not stock experimental novels.

The peril of accidental PoV shifts

If we keep our PoV consistent – either first or third person – all should be well. But to shift the PoV by accident is as easy as blinking. For example:

a. The implausible observation

I glided across the lake, my hands about the dragon’s neck, my golden hair undulating behind me.

Unless the narrator lay on her back, how did she know what her hair was doing?

b. The micro-shift from thought to description

His broken sword be damned, he began the speech of his life.

The first clause is the character thinking, the second is the narrator’s description of the character. To fix this, we have to rejig the sentence: ‘Regardless of his broken sword, etc’.

True, the first version has more colloquial energy but it jars. Too many micro-shifts, in and out of character, and the story loses credibility.

If you’re writing in the first person voice ‘I’, it’s easy to forget that your character – unlike yourself – is travelling blind. Don’t gift them with implausible knowledge or prescience.

I knew that the old castle held more secrets than had ever been told.

How did s/he know that?

Little did I think that this would be the most terrible day of my life.

A simple way to give the reader information that the first person narrator could not have known, is to enlist the help of minor characters. Use reported speech.

“You’ve never been to John o’Groats, young man.” My landlady fussed over me. “You’ll need strong boots and thick woollen socks, new longjohns and a lot of string vests. Look, I’ve made you a list.”

Now the reader knows something that the narrator didn’t know before – the tip of Scotland in winter is a chilly place.

Minor characters can also foreghost some future key event. At the time, the narrator might not catch the significance of their casual remarks but the reader does.

“Don’t venture near the sea cliffs after dark. Weird things live there. And many a silly man has lost his life, going for a midnight walk.”

Now the reader knows that the ghoulish cliffs of John o’Groats will play a fateful role in the tale to come.

What’s wrong with this scene shift?

I looked upon the cityscape of Manhattan for the last time.

‘I hate these Florida summers,” my wife said.

A radical shift of location is, literally, a shift in the PoV. Make the continuity clear:

We’d flown down the night before and opened up our old beach apartment.

It takes just a sentence or two. Otherwise, you’re implying that aliens abducted your characters and dropped them into their new setting without explanation or apology. The reader thinks: ‘Duh?’

How many (legitimate) PoVs can you have in a story?

IMHO, that’s about all that can be handled in a short story of up to 6000 words – or, for that matter, in a 100,000-word novel. Newbies typically recruit a cast of thousands. Any more than three and the reader loses track, even if s/he is provided – in a long novel – with a list of dramatis persona.

A tip: if you’re going to switch PoVs deliberately, give each narrator a unique voice.

For example, Lady Alice uses short sentences, blunt words, simple thoughts. Young Sarah is a romantic: her phrases bounce, her language gushes. Lord Somniver has a taste for learned words, dependent clauses, long cerebrations. (Caution: a little of that goes a long way…) And so forth.

Can your reader detect a PoV shift simply by the subtle modulations in your narrators’ language? It’s the hardest thing to achieve, unless you descend to caricature.

But if you can pull it off – and the reader knows at once who’s speaking without further clues – congratulate yourself. You have the craft skills of a Tolkien!

Dr John Yeoman, PhD Creative Writing, judges the Writers’ Village story competition and is a tutor in creative writing at a UK university. He has been a successful commercial author for 42 years. A wealth of further ideas for writing fiction that sells can be found in his free 14-part story course at www.writers-village.org/academy-intro.

Funny… am I the only one here who prefers writing in first-person? I enjoy first-person present particularly, as the story can then be told through the MC’s eyes. It’s especially fun if the MC has ADD and only voices the polite portion of his thoughts.
I also have this newfound love for play-writing format. I did that for a couple of challenges on Mythic Scribes, and found I can create action scenes with strong visuals that are carried entirely by dialogue! (For one of the challenges, no narrating was allowed, nor were displayed speaker names or speech tags.)

I usually go with third person precisely because I don’t want to be close to my characters. That way, it’s more likely the reader will realize that the stupid things they say and do are supposed to be stupid, rather than being said and done because I’m stupid. (For instance, one of my dumber characters goes off on a rant about how transsexuals are in denial of their true natures. I don’t want to risk the reader thinking I agree with him.)

@EMCastellan @RaewynHewitt much more difficult than 1st. Good article, but I disagree on that point entirely. =P

@MaraValderran I don’t agree with everything either (e.g. the one about the number of POV), but I thought it was a good post to discuss 🙂

@EMCastellan It is a good post to discuss. I posted it in my local writing group’s FB to get their thoughts even though it irked me. LOL

@EMCastellan @RaewynHewitt 3rd POV is not a newbie’s choice. I take issue w/that. Sometimes it is necessary & personally I find it to be

I think that 3rd person is a better way to go, especially for longer works like novels. 1st person, while I agree that it is more engaging and intense because it puts you right there as the main character, can be jarring like the 2nd person POV after awhile. Following one character through a fantasy, while it’s fine in its own right, robs the reader of experiencing more of the world you took the time to create. I wouldn’t like to be stuck inside the mind of one character through an entire novel. 3rd person limited, I would say, is a better choice than 1st person for longer novels. I would reserve 1st person for shorter works. Fine article, thanks for posting!

Third… First just feels awkward and when I write it I always mess up tenses.

I much prefer third person in my tales. I admid, the odd first person is great when reading, but I’m from the oldstyled sense of third person tells a tale better

I prefer third-person as reader and writer. First-person stories feel amateurish to read and write to me compared to that of third person, because I prefer ‘viewing’ the action and characters (like watching a movie) rather than being forced to feel as though I am one.

Definitely third person. I’ve passed on some interesting-sounding stories due to their being written in first person.

Third person for both, definitely.

First person once removed: the narration tells the reader only what the character knows/observes/hears.

That’s true, Antonio. There’s a similar analogy with the present and past tense. Write everything in the present tense and it has a wondrous immediacy. That said, too much of it kicks the reader in the stomach. (Witness the first chapter of Hilary Mantel’s Wolf Hall.) The reader needs some relaxation into the past tense, to catch their breath.