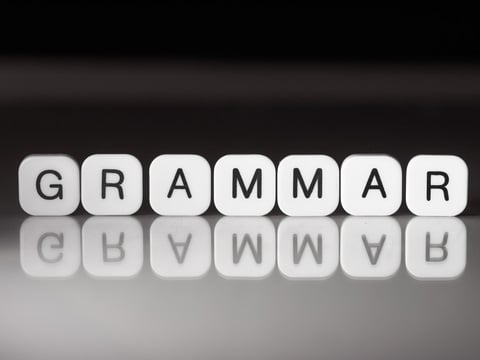 A few weeks back I wrote an article about Writer’s Voice. I explained my thoughts and experiences and I gave a few examples. One thing that all of these examples had in common is that they took some liberties with what’s normally considered proper grammar.

I thought about commenting on it, but decided against it. The question of whether or not it’s okay to favor voice over grammar – or the other way around – was just too big. I worried it would over shadow all the other things I wanted to say in the article.

Instead, I’ll write about it now.

First, I’ll briefly go over what voice is, and then I’ll talk a little about the purpose of grammar. Finally, I’ll describe my thoughts on what happens when there’s a conflict between voice and grammar.

What is Writer’s Voice?

This can be a big question, so I’ll try and sum it up neatly. Essentially, your writer’s voice is how you express yourself in writing. When you speak you may prefer to use some words over others, and you may use certain expressions a lot. It’s the same in writing, and that’s your writer’s voice.

You can also expand it to encompass the things you like to include in your prose – not necessarily the topics or concepts, but what you choose to describe about a scene or a character. If you have a distinct voice, it may be recognizable to readers across multiple works. There are even writers with a voice so distinct that readers can guess the author just by reading some of their prose, without knowing where it’s from.

A lot more can be said about it, but I think you get the point. Your writer’s voice is how you handle the words of your story.

Why do we need grammar?

Do we even need grammar at all? The way I see it, the main purpose of grammar is to support clarity and understanding. If your prose is written according to some set of rules that your readers are familiar with, it makes it easier for your reader to decipher what you are trying to tell them.

Those rules are called grammar.

I found this quote by professor David Crystal which I feel sums it up nicely.

Grammar is what gives sense to language …. sentences make words yield up their meaning. Sentences actively create sense in language. And the business of the study of sentences is grammar. (Source)

When telling a story, you’ll want your readers to immerse themselves in what you’re telling them. Getting hung up on peculiarities in the wording is a very easy way to break immersion. If you stick with currently accepted grammar rules it’s less likely to happen.

Do keep in mind that following the rules doesn’t guarantee your readers will understand you. Clarity is up to the writer, but grammar is a good tool for achieving it.

Chaos vs Order (Voice vs Grammar)

So, what do you do when your writer’s voice tells you to do one thing, but it goes against the rules of grammar as you know them?

Simple answer: use your own best judgement.

Incidentally, the more complex answer is the same. You have to review what you have written, and you have to decide whether you think the reader will understand you or not. That can be a difficult decision. Don’t just assume the reader will know what you’re thinking.

There is a school of thought that can be summed up with the following statement:

As long as it’s clear what I mean it doesn’t matter how it’s written.

In principle, I can agree with this. After all, the important thing is that the reader understands what you’re trying to tell them, right?

The thing with stories is that there is more to reading them than just understanding the words on the page. I want my reader to be immersed in the story – to get lost in it and get transported to another world. This means they have to understand my words the first time they read them – without pausing to think about what they’re reading.

I think for me as a writer a better expression would be:

As long as the reader can get immersed in the story it doesn’t matter how it’s written.

This puts a bit more responsibility on me as a writer. I have to understand how readers take in the words they’re reading. I have to gauge whether the way I’m expressing myself is easily understood or not.

One way to help gauging this is to know and understand the rules of the grammar you’re using (or abusing). Why do the grammar rules tell you to write in a certain way? If you’re breaking a grammar rule, does it change the meaning of what you’re writing? Does it introduce ambiguity? Does it create confusion?

Why are you doing it?

There are a lot of questions, and some of them can be difficult to answer. Sometimes, it’s enough to go with your gut feeling, and other times that won’t cut it. When it comes to these things, there are no easy answers.

Another thing to keep in mind is that just because you’re trying to maintain a distinct writer’s voice you don’t have to go breaking grammar rules. It’s perfectly doable to stay within the rules and still put your own personal twist on what you’re writing.

In this article, I went over my definition of voice, and the reason I think it’s important to be aware of the rules for grammar. I also explained my thoughts about what to do when voice and grammar come into conflict with each other. Does this make sense to you? Do you have another opinion?

Some writers just throw the rulebook out the window and write whichever way they feel like. Sometimes it works, and sometimes it doesn’t. How do you feel about that? Have you tried it, and how did it work out?

There’s a common saying that goes somewhere along the lines of: You have to understand the rules before you can break them. Do you agree with this? If you’re not going to stick to the rules, why bother learning them in the first place? 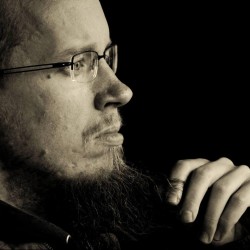