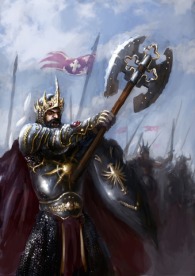 Few words are as synonymous with mankind as War. As writers, war often influences the stories that we tell. People remember wars, people remember battles, and often these moments are when characters shine, plots reach the point of climax, and readers are drawn into a visceral experience that they won’t forget.

To write about war, to describe battle and it’s horrors, we must first have a basic grasp of this human creation. War is not a jaunt through a field of roses that leaves you smelling fresh on the other side, and should not be depicted as such. Understand war’s meaning first, and then write.

The definition of war that I teach is that war is conflict given violent form. This violent form is like a duel, a contest of wills, using physical power to force an opponent to submit and remove continued resistance. Armed by the strength of flesh, science, and the will of men, war is ultimately the greatest and deadliest form of all human thought. No other creation of our species uses every scrap of human ingenuity to achieve a single, ultimate goal: the violent compulsion to break another human’s will to fight and resist.

The Purpose of War

War must always be given purpose for being. What that purpose is, is up to you. It can be a multitude of causes, which are almost always political. Morality, religion, resources, land, theft, love, and plain old bad blood are all things that men fight over. What we must realize as writers is that there must be a strong enough reason for men to go to war, for battles to be fought, for a great deal of misery to occur. Most importantly, we must avoid writing a battle for battle’s sake.

These issues can and should drive our story. A war should not be happening because we think it will be fun to write. War effects everybody, high and low. Our characters are not immune to war and its cost. If our characters are placed in charge of conducting war, or put onto the field of battle, then we must show them as being changed by the end. Glory may be what they seek, but terror is what they will find.

Once you understand the reason for this armed conflict, then you can move forward. Interspersed throughout this war will be your iconic scenes, the battle and the siege. One thing to remember: Open battles are not nearly as common as believed. The siege, on the other hand, is.

The reason? Battles are extremely costly, and going into one, each side must agree on that cost, which is the lives of their men. One side, regardless if it is a draw, will lose. Confusing? Yes. Both armies may fall back and decide that another charge would be pointless, but the damage is done regardless. Hundreds, if not thousands, will be dead, and many more will be injured. The side that can accept these losses will actually win the draw.

What occurs more often is the siege. One force, knowing it is outnumbered and outgunned, will fall back to a stronghold and prepare for siege, where it’s disadvantage of numbers is reduced. The more powerful army will then roll up and prepare to besiege the stronghold. Again, the assault is also rare. Many armies will gladly pick away at the defenders, trying to force them to submit by starvation or disease. Assault is used when haste is needed or an exploitable weakness is found. Perhaps winter will soon be upon you, so either you assault and take the town at the cost of lives, or withdraw and wait for a more opportune time that may never come.

Whether you are writing a siege or an open battle, the next step is to set the scene. In doing so, try to establish the scope of what you are about to create. Give your readers a simple visual of the land, the weather, and the two forces. Who is the aggressor? Which army forced this confrontation, and why did the other side allow themselves to be drawn into battle?

A poor job on this step can ruin the rest of the scene, because the readers will have no visuals playing in their heads, only a blob of men preparing to charge across barren land to kill one another

This step is also crucial for the mood. Your characters will definitely have thoughts about what is transpiring. Perhaps they are scared, excited, or both. Perhaps they confide in each other, building comradeship and creating tension.

As you write the battle, use what I call chaos, cohesion, and clarity.

Battles, even skirmishes, are extremely chaotic and confusing. There should be a sense of this for your characters, but not so much for the reader. The best laid plans will inevitably go awry in nearly any battlefield scenario. Humans are tenacious creatures, but imperfect, and on the battlefield our flaws can become instantly apparent. Adrenaline is coursing through the blood stream, fear clenches the heart and sets fire to the brain. The noise and intensity of every action and counter action can be deafening, even in an age without gunpowder. Men are often just trying to make it out alive as much as trying to achieve a cohesive goal. Add injury to the tumult and you have increased levels of stress.

When writing the battle, make it feel chaotic and horrible, and most importantly be sure that your characters have and show emotion.

Cohesion is crucial. This is the aspect of writing that you hopefully put together before sitting down to write the battle. While it can be fun to make it up as you go along, you still need to lay out certain key points that transpire during the battle. The charge and clash of steel on steel is only one part. You need to be able to guide the characters to the end while everything else is revolving around them.

Set markers for yourself. Perhaps a particular thing needs to occur, such as a beloved friend dies, your hero takes an arrow to the knee, or a challenge is accepted between two characters (though this did not happen often in recorded military history). These small occurrences inside the larger event keep the suspense building, and if done right will keep your reader glued to the page.

Your battle may be hell on earth, but your reader needs to be able to follow events as they unfold. At this point evaluate the clarity of your writing. Is the scene easy to read and follow along with, or is your writing muggy and muddled?

I am always hard on myself at this stage. The scene should be packed with action and tension, yet all the pieces need to flow clearly and concisely. A lapse in this area can leave readers confused as to what just happened. Clarity is key, and while for the character the battle may never be clear, your reader should be able to understand how things unfold.

At this stage I also make sure that all of the senses are engaged. Here is an example.

Sweat stung the eyes like tiny vipers, dripping down from a gore sprayed face. All around was nothing but a whirlwind of disorder and violence, a blur of color and vicious motion. The parched, panting tongue collected the dust choked air which intermixed with the bitterness of iron. Deafening, blood pounded in the ears, drumming to a ferocious beat inside the helmet. The sound was barely enough to obscure the cries of men, the screams of injured beasts, and the thunder of steel striking steel. Pain from a dozen wounds barely registered, being drowned out by the heightened, throbbing ache from the shattered hand which hung trembling on the right side. Above the lower scent of sweat was the acidic smell of all pervasive fear, carried aloft from clashing bodies that howled amidst a sea of scarlet liquid which drained from friend and foe alike, to soak a once vibrant field of yellow flowers.

While it is preferable to engage the different senses throughout the length of the scene, you get the drift and you are the wordsmith. The dirtier the appearance of battle, the more real it will feel. Just try not to go overboard and lose your audience in a sea of description.

All that remains is to have some battlefield common sense. Here are a few important considerations that many writers gloss over:

Also, it is important to remember that momentum and morale are essential to victory. Men who believe in their victory have that extra kick of espresso to motivate them to finish the fight. Generals constantly try to keep their men moving forward, pressing the enemy and hammering at them until they break. Morale feeds momentum as air feeds fire. Led by charismatic men, others will follow and charge into that breach. Yet, the same thing applies if that charismatic man falls. Morale will falter and momentum will grind to a halt. Have several men set aside to pick up the fallen standard and get those iron clad souls going again.

With that, the rest is up to you. So turn on some metal, pick up your pen or tap those keys and write something memorable. Place your characters in hell and give them a glorious exit that everyone wants to read.

What are some of the best fantasy battle scenes in literature or film? What makes these scenes memorable?

We don’t always need war to drive the conflicts of our stories. If you chose to include war in your own writing, why did you do so?

How should war change the characters that are involved in the fighting? Do these changes effect the rest of the story in a noticeable way, or is it shown once and then forgotten? 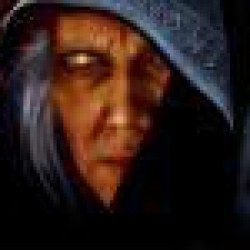 Aaron Prince
Aaron Prince is currently writing a series set in his own world of high magic and almost perpetual war with one novel completed and several short stories. He has a great love of dwarfs, language and characters that break the mold.