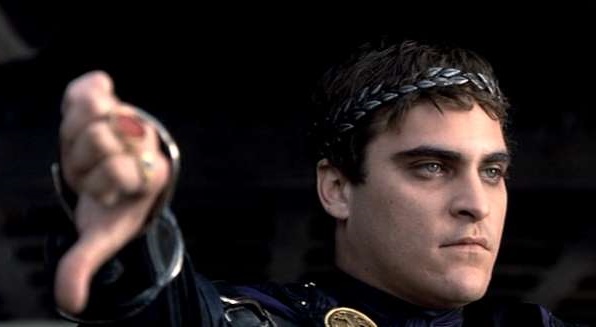 So, you’ve completed your manuscript. Everything is clean. Pacing is solid. Tension is present. The plot is bulletproof. And, unlike my opening, you’re writing is mostly active. You’re ready for the big time. Ready to submit your work to agents or publishers, or both. Let’s do this!

Hold up, young grasshopper. Rein in your enthusiasm and place it on this bed of nails called criticism. It’s time to get feedback from people whose writing style/genre preference doesn’t match your own, from peers who are far behind you in terms of publishing, from people who are not interested in creating a masterpiece of the same magnitude as your own.

Come, bring your sacrificial lamb to the altar. Let the masses enjoy the bloodletting.

It’ll hurt, I know. It’ll hurt more because it’s your first, your best, your most beloved that you’ve nurtured from a tiny idea to a great many-paged beast. Why should anyone have a say on the final outcome of your labors?

There is a saying that goes something like “in the eyes of a mother a donkey is a gazelle.” Your book is your child. You’re biased. No matter much you deny it, your book is flawed, stubborn, and ugly.

When writing a story, and submitting it to many revisions, we tend to blur the lines between the narration in our head and what’s on paper. Our mind fills every gap, polishes every rough spot, explains every point of unwritten background information to make your work of art, well, a work of art. Unfortunately, the wider audience doesn’t have your imagination downloaded to their e-reader. They need to understand your story from the words themselves.

A minor annoyance, I know.

The Benefits of Criticism

If you’re part of a fantastic writing community such as our very own Mythic Scribes, you’ll notice everyone sharing their own fresh-off-the-press lesson of the day. Such lessons, philosophies, concepts, practices are submitted to the wider audience and pulverized to their basic, fundamental truths. Some accept these ideas, some don’t. Regardless, ideas shift between peers. Should you also happen to pick up a few acquaintances from such awesome sites and create a writing group, those ideas will find their way to your story by way of criticism.

Peer review’s entire purpose is to expose every weakness in your story. Fresh sets of eyes will interpret your story from new angles. Your peers will reveal to you where the words fell off and your imagination picked up. If you have multiple partners and the same concern is highlighted, you can be more confident in the need to address the problem.

Don’t fret! You don’t need to do anything to your darling because of peer pressure. The number one rule of criticism club is that all criticism is trash unless it’s treasure. You are the only one who can determine whether another’s treasure is your trash, or if someone’s trash is your treasure. That can only be determined if you’re exposed to the ideas and you apply your critical mind to them.

Other benefits include grammar corrections, interest generated, dynamism of character(s), and pacing feedback. All this for the exorbitant rate of doing for others what they’re doing for you, aka free. All of these benefits will help your story, especially if you’re of the mind to climb Mount Trad Pub.

If you’re treading the path of traditional publishing, you’ll want to put your best foot forward. Publishers are inundated with submissions. Screeners will often make a judgment on the viability of a manuscript from the first few pages. The story has to hook them in, the grammar has to be below notice, and the writing has to be solid. And that’s only to get past a screener.

Despite what may be said about publishers, not all evil corporations are bent on beating authors into submission. They have a finite resource, money, and can only endure so many failures before all that green dries up and they are left a barren wasteland. They have to make smart, commercially successful decisions. They have to be shrewd.

In a recent Reddit AMA Mike Braff, an editor for Del Rey, had this to say about works submitted to his company:

“Generally, when we acquire a new title, it’s already been workshopped by the author, their beta readers, and the agent. Most of them are in pretty good shape! That’s not to say that the author and I won’t work on it to make it even better, but if we’re buying something, it’s because we really dig it as it is.”

You have to help your cause by eliminating all the errors from your manuscript. Peer review is one step to doing so.

The only time a story should never generate opinion, other than your own, is when it is only read by you. In such a case, it’s not so much a story as it is a complex thought applied to a private medium. It’s like a diary of your imagination.