Polite. Well-groomed. Muscular. Handsome. Irresistible to women. Deadly with any weapon you can name. Cool under fire. Immune to pain and to blows that would cripple lesser men. Knows every city and every powerful ruler from here to the far kingdoms. His enemies quail at the very mention of his name. Even when he’s ambushed, Mr. Perfect easily thwarts his opponents.

Mr. Perfect is a boring turd and you should never, ever write a story about him.

The essence of storytelling is conflict. Characters who never face any serious conflict are dull, because the reader never worries that anything bad is going to happen. It’s all too common among new writers to create characters who are simply too good at all things.

The greatest characters are always flawed, sometimes very deeply. They may rarely get what they want; they may survive danger only by the skin of their teeth; they may be irritating jerks. And they’re the ones we remember best.

Here’s seven great characters and the flaws that make them memorable:

1. Miles Vorkosigan: The star of Lois McMaster Bujold’s Vorkosigan Saga, Miles begins life with the deck stacked against him: crippled in the womb by a teratogenic poison, he’s raised in a society that abhors anyone who looks like they might suffer from deleterious mutations. His brittle bones break often and he’s a good foot shorter than average, making his desired career of Imperial military service a long shot at best. He makes up for it with a ferocious intelligence and an intense curiosity that gets him into even more trouble than his physical handicaps. His innate sarcasm and tendency toward overly dramatic improvisation nearly end up starting several wars (and thwart several more). Hell, one time it even gets him killed. (He’s lucky enough to be revived shortly thereafter, but the experience leaves deep scars on his psyche.)

2. Tyrion Lannister: Miles’s spiritual cousin (also undersized and raised in a society that hates him for it), but far darker. Tyrion lives in a world where the wrong word will quickly get you a sword through your gut, and only by his wits and immense capacity for treachery does he survive. Those same wits get him in all manner of trouble, mainly because of his primary flaw: he can’t keep his mouth shut, so that even when he has the upper hand and could stand to be magnanimous, he drives people to hate him. Eventually, he gives into nihilism and turns his back on his family altogether. We have yet to see how his journey will end, though the odds are heavily against it being pretty. And yet Tyrion is almost universally selected as everyone’s favorite character in A Song of Ice and Fire.

3. Sarah Connor: In the first Terminator film, Sarah is more or less a blank slate. She’s tough, but still fairly unmarked by the trauma of being hunted down by a killer cyborg from the future. By Terminator 2, however, she’s spent more than a decade in hiding, off the grid, learning how to fight. She’s obsessed with her apocalyptic vision of the future, and equally obsessed with preventing it. She’s let herself lose sight of anything positive, driving her into a mental institution and her son John into a foster home. Even once she’s freed from Pescadero and reunited with John, she can’t bring herself to trust the T-800 who rescued her, and later tries to murder Miles Dyson, the amiable man who will unwittingly bring about Judgment Day, without even first giving him a chance to understand the horrors he’s destined to create.

4. Indiana Jones: “Indy?” you say. “But he’s a square-jawed hero!” Ah, but Indy’s adventures in the films (of which there were only three; rumors of a fourth film are heretical lies) are a litany of failure. Consider Raiders of the Lost Ark: Satipo and then Belloq steal the golden idol from him. (Indy never gets it back.) He accidentally burns down Marion’s bar and then lets her be captured by Nazis in Cairo (after which he believes he accidentally caused her death). He finds the Ark but it’s immediately taken by the Nazis. He retrieves it and smuggles it out on a ship, where it and Marion are captured by the Nazis again. He threatens to blow up the Ark but can’t go through with it; the Nazis are then defeated by ghosts, not because of anything Indy does; and ultimately the Ark is hidden away by the U.S. government. Indiana Jones is, by all evidence, completely inept. Sure, he’s vastly knowledgable about history, languages, and cultures the world over; but when he acts, he fails.

5. Kara Thrace: Ah, good ol’ Starbuck. Practically the first time we meet her (in the 2003 miniseries reboot of Battlestar Galactica), she’s playing poker and smoking a cigar, and by the end of the scene she’s punched a superior officer in the face and been thrown in the brig. Starbuck spends the next several years toggling between productive fury and deeply self-destructive behavior. She’s Galactica‘s best pilot and takes no guff from anyone, but her psyche is ultimately quite fragile and she wears all her psychological scars–including the ones from an abusive childhood–right up on the surface for everyone to see. In a show full of damaged characters, Starbuck stands out as the most severely screwed-up, and also one of the most popular.

6. Mat Cauthon: One of the three central characters of The Wheel of Time, Mat is an inveterate gambler and womanizer, and practically allergic to anything smacking of responsibility. He’s also burdened with the memories of a thousand ancient battles, making him a tactical and strategic genius. Instead of seeing this as a boon, he’s perpetually annoyed by it, despite the numerous times those ancient memories save his life. Even when the Last Battle is at hand, and the Dark One is literally on the verge of destroying the universe, Mat grouses the whole way through that he shouldn’t have to be burdened with helping save the world.

7. Malcolm Reynolds: Serenity‘s captain is sarcastic, shifty, and just a touch bitter. Sure, he’s got a good heart and a good crew (well, except the entirely unreliable Jayne Cobb), but he constantly gets in over his head, taking on opponents who far outmatch him, and emerging victorious mostly by dumb luck–and with plenty of lumps and bruises to show for it. And usually none the richer, despite Mal’s proclivity toward get-rich-quick jobs with an “easy” payoff. He’s got friends, but he’s got a much bigger knack for making people hate him, either because of his political history (the Alliance don’t much care for browncoats) or because of his propensity for ill-timed noble gestures (such as when he decks Atherton Wing at the shindig on Persephone, which nearly leads to Mal’s death in a sword duel). There are few characters in our cultural canon who can match Mal’s talent for self-sabotage.

We love them because of their mistakes. Characters who are too good are no good at all.  Who’s your favorite flawed character?

Benjamin Clayborne would find it splendid if you were to peruse his blog, or to check out his novel Queen of Mages on Amazon. 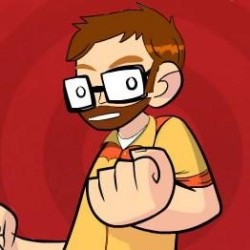 Benjamin Clayborne
Benjamin Clayborne is an author of fantasy fiction (and occasionally science fiction) who lives in Los Angeles with his family. He enjoys reading, writing, long walks on the beach, arguing on the Internet, and referring to himself in the third person. He hopes you enjoy his writing, but his ego is strong enough to survive it if you don't.