This article is by S.H. Mastersmith. 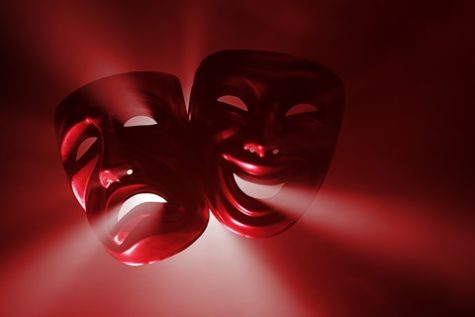 A character’s arc refers to the journey a character goes through, and the changes and self-discoveries they make along the way. The character starts the story with certain thoughts and morals (or lack thereof) and through a series of events, those thoughts and morals are changed, for better or worse.

In most cases, the character changes in ways that are viewed as “good.” This isn’t a written rule though, and there are exceptions. One such example would the popular television series The Walking Dead, in which most of the characters actually become darker and more cynical as the series progresses.

Challenge Who They Are

Typically, your character will start their arc as an “everyman.” This helps your reader identify with them. They are presented as an everyday person, and they have faults and weaknesses about them accordingly.

As the character steps into the plotline you’ve made for them, they’ll have to face obstacles. The things they face will challenge who they are as a person. They may have a mirror held up to their own shortcomings. They may have to do something against their principals to complete a vital task.

During this, their thoughts or views are questioned. They change, either out of necessity to complete their goal, or simply as a side-effect for what they had to go through. But in the end, they come out the other side as a new person.

If you’re having trouble knowing where your character’s arc ends, why not skip ahead and write that part? Some new writers feel the compulsion to write a story from start to finish. But there’s no rule saying you must do it that way. A lot of authors jump back and forth across their plotline as needed. This can be useful when constructing your character’s arc.

By knowing how their arc ends, it helps guide you through the middle. You know the end destination and so you consciously write the arc to guide the character in the right direction.

When dealing with character arcs, the protagonist is the character most commonly concerned. Since this is the character we walk with and try to sympathize with, the story is really all about their arc. That being said, it is possible for other characters to have arcs.

Allies and love interests can grow alongside the lead character. More commonly, the lead character learns from them and their views, but it doesn’t hurt to help them learn from each other, and each becomes a little better for it.

Villains even have arcs sometimes, but not “complete” ones, except in the event of the villain being reformed at the end.

A hero and villain’s views will often clash, and sometimes they each have something to offer for the other’s perspective. But the hero is willing to adapt and change, combining thoughts and opinions and becoming a better person for it. The villain stands true to his original beliefs and refuses to change, and this often plays a part in his downfall.

Can you think of any stellar examples of a negative character arc, in which a character changes for the worse?

Do you prefer to plan out the arc in advance, or to wing it and see where your character ends up?

Very interesting article, relevant to an issue currently troubling me.

I find myself struggling with the task of presenting one of my character’s “resoluteness” effectively. She is a strong character; clear of purpose and immutable. But she is not omniscient, nor does she have access to all the best tools for her agenda from the beginning of the story.

Her strategies change as the nuances of the confounding beast she faces present themselves and reveal the previously unpredictable consequences of her initial strategy. Her secondary pursuits change as new opportunities are presented to her. But ultimately, she remains her same, untainted self. The numerous changes in her behavior throughout the story are due entirely to changes in the world around her, as there are no changes to her internally.

Her consistency is crucial to her characterization and dare I say it, the story as a whole. Yet I struggle with the task of conveying it adequately. I fear that readers might misconstrue her abandoning of “attack strategy A” as some sort of character adaptation, when in reality it is just a response to the enemy’s reaction to that strategy.

Thank you for this. It’s just enough to get me started, without telling me more than I want to know. I struggle with endings, from characters to plot line. This helps.