Portfolio entry Gallery
Finris Braykn was nothing less than a manifestation of the suffering of his people, and would be turned into their greatest weapon. born the son of a lowly tanner and tavern whore who would pass of sickness soon after bringing him into the world, he saw suffrage and pain in Gailen first-hand, and grew resentful of the counsel which had been tasked to rule Gailen in place of their ancient line of kings, and the overarching Antramarian empire that had established them.

Finris had been born in the provincial seat of Laklund, but in the north small pockets of Gailen-folk would still rise in rebellion against Antramar from time to time, with their land's often squabbled over by the rival noble families from the cities of Imro and Smana when these rebellions would be pacified. For nearly three Ages this had been the cycle in Gailen. Rebellion and insurrection would be stoked, Gailen-folk would die, and the corrupt counsel would be paid out by Imro and Smana to be allowed to collect the spoils of their own people. Finris had seen this throughout his entire life, and with the constant threat of being conscripted into the mercenary armies of Imro and Smana he decided he could not simply sit idle and defeated like his fellow Gailens, and he finally had the ambition and drive to become what he needed to be when his father was forced into service under Imro to gain enough to try to feed himself and died fighting his kinsmen.

So Finris worked, a fire now roaring within him and a hunger and desperation to change the broken system he had been born into. He climbed the political ladder of Laklund as best he could, never compromising his ideals, befriending the few merchants and minor nobles not corrupted, gaining support in others like him who wished to rid Gailen of its malignant haze, exposing the small scale corruption all around them and forcing the Legions to act upon it, until eventually he was trusted and appointed by the people as one of the Counselors of Gailenfall. with this he now truly held the power to begin making change, he pushed for the Empire to restrict Imro and Smana's involvement in Gailen's affairs, but had no luck, he tried to expose his fellow counselors feeding the notions of rebellion only to profit personally of the back end, but to no avail, and at last for all his efforts and all of the work he had done to help his people, he received a dagger in the back.

None are certain of who hired the assassin, but they soon regretted it as Finris survived, his drive doubled, his rage at the wall of the corrupt unmatched, and so he went to the solution he always had, but only now chose to accept...the prophet that had always been there in his ear, a companion who seemed to linger behind Finris like a shadow, telling him of power he could embrace to save his people, knowing full well that this man harbored some dark portents, his anger finally drove him to the mysterious man, and with that the ascension of Gailen began.

Finris met the Prophet who had guided his hand and whispered in his ear for years at the peaks of the worldfang, the old battleground of the wyvernslayer Kain where he revealed his gift. A gilded chalice of spectral black mist, with it he promised the counselor the power to finally ascend his people to their former glory's and avenge the injustice Antramar had inflicted. still in his driven blindness, Finris jumped at the prospect of these powers and embraced the mistral cup without hesitation or thought of consequence.

once its contents entered his body, he felt a dark cool power run through his veins, however he had unknowingly consumed the very essence of Exandese the great wyvern god, imbuing him with a deep connection to the void and giving him powerful ability's, but as a price his mind was now tethered to Exandese and the Wyvern Prophet had a new pawn.

Finris, now consumed with power and guided by the will and whispers of the Void returned to Laklund, he had his most loyal followers consume the power of the void as well and killed any who would not, and together they stormed the counsel chamber, and purged the corrupt members who had likely been behind his assassination attempt without a word.

From here Finris proclaimed himself king of Gailens, declaring separation from the Unitine Empire, and declared open war.

using the power of the Void Finris and his band of Black Knights held back the initial legion attempts at reaching Laklund , and managed to send his remaining host to nearby Gaius and Imro, where they seized much of the Imperial Navy and departed for the north to seize the valuable town of Wyrmport drawing the Legion out to the Astrarch. It was on Astrarchs shores, at the battle of Dragoncrest Fields that the black knights and Finris himself unleashed the true power of the void, and nearly wiped out 2 whole legions of men and half the empire's remaining fleet of ships. what was initially hoped to only be a small rebellion to the Empire was far too rapidly spiraling into a catastrophic series of losses, and the eastern provinces and client states who originally planned to lend their armies to there empire now wavered, genuinely unsure of who to back, all of Antramar sat on the brink once again at the turn of the tide... 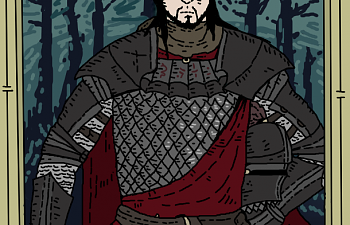