Bought a Drawing tablet and teaching myself digital art. Drew these for a Design Contest for a Indie Game called Laxidaze. Monster in this game are animals, or machines augmented by nano-tech.

1. Hermitin is a hermit crab exposed to nano bytes via ocean pollution. They have developed magnetic abilities and make shells from trash on the beach. Hermitin are drawn to Smart-Cans, using its tech to find sources of water... or soda. (Fluff: Smart-Cans have geo-tracking software to detect where beverages are consumed. User data is used to move Vending Machines closer to thirsty people.)
His adorable little cap is made from a bottle cap and a pull tab from a soda can.
Evolves into Grouchapon.

2. Grouchapon: Hermatin outgrow soda cans and are instinctively drawn to their source: Vending Machines. They infect the vending machine with nano bytes, bringing it to life. They form a symbiotic bond. Grouchapon is STILL a functioning Vending Machine. Customers leave poor reviews of these machines, however the company has decided it is not cost effective to remove the Nanim. (Special Attack: Fire Soda Cans. Maybe they do random status effects based on which soda shoots out)

Finished a new monster design. This one was challenging to figure out. The head and tail came first, but I couldn't figure out the middle and claws. After I realized he was a biker/punk it started to make sense.

My art is over 9000! So much progress since April.

My Socials were I post my art. Made a lot of progress this past year
Login • Instagram
https://twitter.com/BeatCityMonster 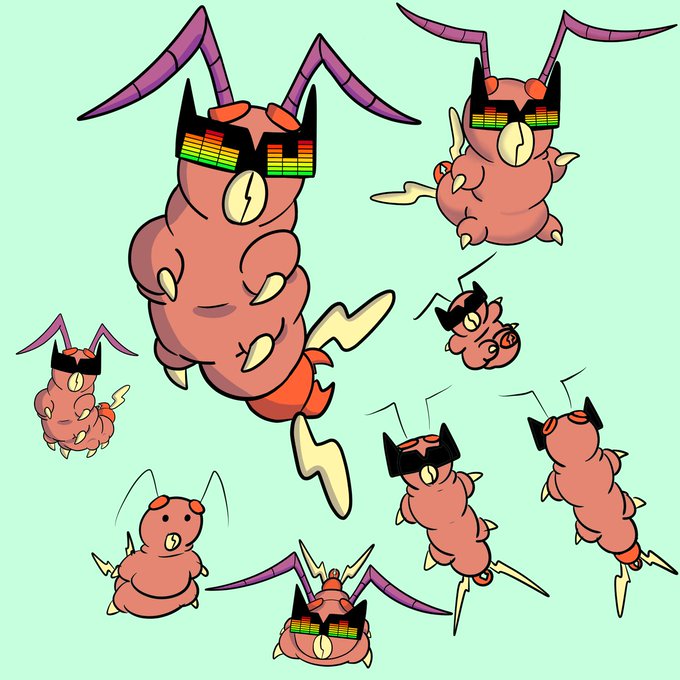 What kind of drawing tablet and programmes do you use?

TheCrystallineEntity said:
What kind of drawing tablet and programmes do you use?
Click to expand...

XP-Pen Artist 15.9
Clip Studio Paint.
CSP is a REALLY good drawing program. TBF, it is the only one I have used, but it does everything I need.

Is that the kind you can draw on, or is it connected to the computer/laptop? I have two Huion tablets, but the lag between pressing with the stylus and what shows up on screen was really frustrating.

it is a second monitor that plugs into my PC. You draw right on the screen. I like using it.

Oh, that sounds great. More than great, actually. It sounds exactly like what I've been looking for.

Dare I ask how much it cost?

$339.00 on amazon right now. Depending on your desk space, might look for a smaller one. but this about how much they all cost. Like the Wacom One 13inch is carried at bust buy, and those start of $400

Also CSP is $50 for the basic package. Worth it. there is a 3 month free trial, and you could do monthly sub to the program. but it's worth paying for. Get the trial and just see if it happens to go on sale in that time period.

I used it, very briefly, during my Huion attempts, and it was recommended to me by Red from OSP and Aurora, so I'm sold on it already.
You must log in or register to reply here.

Learning to Use Photoshop

Art for Adventures of the Last Aygiff