Article Team
It's a little early, but I'm thinking of choosing a writing book for November in the spirit of NaNoWriMo. This would be a bit different since we'd read the writing book and discuss some of the information inside. If no one is keen on that, I'll brainstorm some other ideas. I'm thinking about choosing three possible choices that are relatively new if no one wants to try a writing book.

Article Team
I'm choosing five books for November here and I'm trying to go with standalone books although I know it's hard to do in fantasy. I'm also basing some of my picks off this site, which often has pretty good suggestions.

Since NaNoWriMo is going on during November, I know lots of people will be writing. So I'd like to choose something that is a bit lighter if at all possible. If not, then oh well. Tigana, once shining beacon of hope to a shattered world, now a land no one can remember. To revive the memory of their beleaguered land and free a world enslaved by a sorcerer tyrant, a musician and his compatriots will embark on an impossible quest...

Long recommended to me, this is considered by a lot as one of the best standalone fantasy novels that exists. Released from prison, Shadow finds his world turned upside down. His wife has been killed; a mysterious stranger offers him a job. But Mr. Wednesday, who knows more about Shadow than is possible, warns that a storm is coming -- a battle for the very soul of America . . . and they are in its direct path.

Another one that is mentioned a lot. Gaiman is a writer that I think appeals to a lot of people and this is one of his most popular ones. 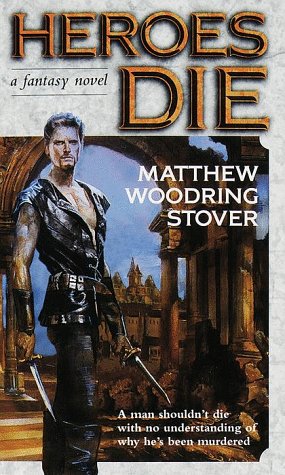 I have this book in paperback and it's pretty different. It's also pretty bloody and has plenty of action. Haven't gotten to the end, which is my problem with most books I have in paperback these days, sadly. Eddi McCandry sings rock and roll. But her boyfriend just dumped her, her band just broke up, and life could hardly be worse. Then, walking home through downtown Minneapolis on a dark night, she finds herself drafted into an invisible war between the faerie folk. Now, more than her own survival is at risk—and her own preferences, musical and personal, are very much beside the point.

Another choice that may be a bit different, it involves rock and roll and the fae. Interesting.

Can only include 4 images, so my last choice is in the next post.


Definitely weird, different, and a breath of fresh air in multiple ways, this novel is a little difficult to get into at first, but then it picks up.

So those are my five choices. You can vote for your top 2 or 3 for November.

I've read Tigana, so I'm going to pass on that. And I have no interest at all in Heroes Die.

These three are all on my Master List so I can justify the time and expense (if necessary).

Moderator
Heros Die is the only one I haven't read. I'll vote that first, then Tigana, the War for the Oaks. They're all good.

Article Team
It's hard to find things no one has read since so many members have read a lot. Unfortunately (or fortunately), I'm not one of them.

I'll go with these as my top picks:

I'm putting in one vote for Perdido Street Station.

Moderator
I've heard so much about Perdido Street Station that I'll give it my top vote.

The cover for Heroes Die evaporated any interest I had.

Article Team
Heroes Die does have kind of a misleading cover. The book is a lot better from what I've read so far.

We have four votes for Perdido Street Station. I'll just put this out there: this is not a casual read (something I had hoped to move more towards for future picks). It's also probably unlike any fantasy novel you've read. Basically, this is going to be one of those love it or hate it kind of books. It is very bizarre (in a good way, I think), so if you're up for it, it's worth a read.

Pending any surge in votes, Perdido Street Station will be our pick for November. Which is good because I've been wanting an excuse to finish it for the longest time.
You must log in or register to reply here.