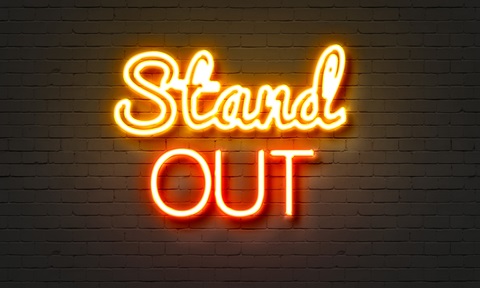 Last year, I went through something of a personal breakthrough as a writer. I shared the experience with you here.

Three things led to the new way I look at and approach writing, and one of them was the book, Writing the Breakout Novel, written by literary agent Donald Maass, president of Maass Literary Agency.

This year, for motivation and as a sort of reward for the hard time I did in outline-ville (a place I’d avoided for a decade), I attended a writer’s conference that featured Donald Maass as the keynote speaker. And better yet, he taught his Writing the Breakout Novel class on the last day of the convention.

When you take his class, you can tell how much passion is behind Donald Maass’ books and articles. It’s like he’s letting you in on the long-held secrets of the publishing community…but he does it because he genuinely wants writers to succeed by wowing agents and querying amazing genre-bending novels that will excite readers.

I want to personally thank Donald Maass for not only his time in answering my questions, but for helping me (and loads of other folks) understand how to tell a better story.

As a top New York agent, how many manuscripts do you see in an average month?

In October this year, I received 250 e-mail queries. For the six other agents at my company, the number is similar. That means as an agency we receive roughly 1750 e-mail queries a month, or 21,000 per year in total.

What really excites you about and makes you take notice of one of those many manuscripts?

That’s a big question. At first, we’re going off only what we read in a query. Some novel ideas fit a commercial category, but bring to that something original. That’s exciting. In reading actual manuscript pages, you can tell right away whether a writer has mastered the craft and is in control of their story. For instance, is backstory dumped right away or does the writer (showing more skill) raise story questions without immediately answering them?

What sorts of things cause you to reject an otherwise good manuscript?

What advice would you give to a writer whose manuscript was “almost there” but that you had to reject?

That’s a tough one. An “almost there” manuscript usually has little that needs “fixing.” The issue generally isn’t what’s “wrong” in the pages but what isn’t there, which is to say what could be added to enrich the novel. That’s different for each manuscript.

The central question that caused me to write that book is, why do some novels lift off in sales while others in the same category—with very similar plots—fail to sell well? What makes the difference? Also, there seem to be qualities about highly successful fiction that transcends genre. What are those qualities?

In Writing the Breakout Novel, and, Writing 21st Century Fiction, you ask writers to be brave and write with honesty. What does that mean?

Many writers write safe. Their stories follow genre conventions, use plot tropes, stick to character stereotypes, and walk to easy and expected endings. Writers fail to take risks because they are afraid to violate what they imagine are the expectations of agents and editors. In fact, to stand out you need to take risks. It’s counter-intuitive, certainly uncomfortable, but true.

You also say that when a scene, a character’s reaction, or a dialogue feels “over the top” to a writer it’s just about right for a reader to really feel it. Why?

Well, let’s be clear. What I’m talking about are levels of tension and conflict. Most writers don’t have enough. They’re afraid to push it too far. They imagine, I need to give my reader breaks to pace things out! Nope. What’s too much tension for you to bear is probably just enough to keep your reader engaged. That’s what I mean.

Taking all your experience and advice into account, what’s the single most important concept you’d like writers to take away?

If I could teach only one thing, it would be the technique that I call micro-tension. That’s the line-by-line tension that authors create in the mind of the reader. When readers feel uneasy, apprehensive, concerned, cautious, worried, or in any other way experience a certain cognitive dissonance, they seek to relieve that discomfort. The only way to do that is to read the next thing on the page.

A stream of constant micro-tension causes readers to read every word on every page—producing what we, paradoxically, call a “page turner.” It’s a critical technique. It’s what makes it impossible for readers to skim.

In your books, you talk a lot about publishing (traditional, self-publishing, and hybrid). What advice would you give to a writer currently considering their options?

Traditional (print) publishing has a higher bar for entry. I don’t mean that self-published books are universally lousy while print books are all great. Obviously not. But to sell to the Big Five in New York requires a pretty high level of effort and accomplishment. The trade-off is that print editions vastly increase one’s exposure.

Looked at another way, e-books are roughly 20% of book sales overall. Meaning that print books are 80%. I say, why not shoot for both and give yourself 100% maximum exposure?

As genre lines continue to blur, what are you looking for as the next trend, or what makes a story feel fresh and new?

Mash-ups and cross-genre novels are pretty common these days. They present marketing challenges but hey, why worry? A terrific novel is a terrific novel. Publishing folks will figure out how to categorize, package and sell it.

One long-term trend, I think, is a convergence of literary and commercial intents in fiction; ie., novels that both tell a great story and are beautifully written. I wrote a whole book on that topic, Writing 21st Century Fiction.

If you think about it, one hundred years ago bookstores didn’t have separate genre sections labeled “Romance” or “Science Fiction.” I think that in this century we’re heading back to a place where great fiction is just great fiction. What’s wrong with multiple influences? What’s bad about plot, or about lovely prose? Why not do it all?

What makes you ultimately decide to represent a story?

I don’t represent novels, I represent authors. Fiction careers are rarely made with one book. An audience grows over time and a number of titles. Thus, what I’m looking for are authors with not just one great idea, but with solid craft and terrific story instincts. Writers who can go the distance.

Do you have any parting words of encouragement or wisdom for our readers?

The stories that break through and catch our attention are almost always the ones that come from a personal place, novels that can only be written by that unique author. Honor that in your writing and you’ve got an edge. Play it safe and your novel may wind up feeling like just another in the crowd.

So, be original. Be yourself. Good advice in life, and good advice on the page. Thanks for the questions!

Check out the books mentioned in the article: Writing the Breakout Novel and Writing 21st Century Fiction.

Merry Christmas to me, my copy of this book just arrived. Yippee! Had to order from States as not available in Australia. Gotta love Amazon!

Yeah, I spent three days in Seattle at his seminar on emotion in writing. It would've been better off as a two day as it was, but it was still very interesting. The dude is legit, knows of what he speaks. If I learned anything from folks there, it's that his week long writing workshops are awesome. There were several folks there that had been to more than one of those.

So I had the chance to do a full day small group seminar with Mr. Maass this summer (I have seen and met him several times before but not in this format) and it was fantastic. His experience, kindness, clear communications abilities and deep understanding of how to convey your story to readers with power and effectiveness made it a fantastic experience. I recommend his books, including his latest one on Emotion to anyone who wants to improve their fiction.

As an agent, he represents a friend of mine, and his faith in her, and his nurturing of her career has been top rank. Interacting with this gentleman is always worth your time.

Thanks for sharing that interview with us AH.

You won't be disappointed by Writing the Breakout Novel. I read it when it first came out in 2002, and it dramatically improved my writing.

That was an absolutely freaking awesome interview. I'm going to have to read his book. Thanks for sharing!