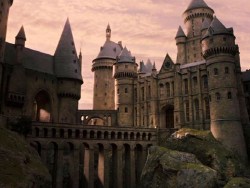 Labelled by TIME as “The Dean of Harry Potter Scholars,” John Granger is a pioneer.

When many were dismissing the significance of the Hogwarts Saga, or condemning the books for “promoting witchcraft,” John was the first literary critic to explain how they carry on the tradition of English fantasy literature.  His book, How Harry Cast His Spell, shows readers how J.K. Rowling used classic literary techniques to weave a timeless story that connects with the hearts of readers.

I recently spoke with John about the popularity of fantasy literature, and the secrets of writing a great fantasy story.

What draws people to fantasy literature?

I think Mircea Eliade was right when he wrote that reading serves a mythic or religious function in a secular society, which is to say that we read fiction in general because it offers us an escape from or transcendence of our ego existence.

I think we read fantasy literature because it, more than any other genre, is designed, if you will, for just that sort of persona transcendence. As Ralph Wood said, fantasy literature is not an escape from reality but a means of entering into it, our subjective existence being a relative delusion.

Some fantasy novels strike a chord with readers, while others fall flat.  What is the secret to writing a great fantasy story?

From the top of my pointy head, I can think of three things as sine qua non story elements:

In brief, Northrup Frye’s romance definition, a story just realistic enough to engage the reader’s heart, allowing the “suspension of disbelief… in poetic faith,” so the mythic content of the story’s allegorical transparencies and anagogical translucencies can be experienced by that reading heart.

Can you tell us what you mean by “ring composition”?

Mary Douglas’ Thinking in Circles: An Essay on Ring Composition argues cogently that the story scaffolding of the ages is circular, which is to say, that (1) it has a conjoined beginning and end and (2) ‘center’ on which the story turns (and which echoes or points to the point of conjunction). More curious and startling, (3) the ring story has a reverse echo effect, to risk a Dumbledore-ism, in that the chapters ‘going out’ to the center and those coming back exist as a series of parallel analogies, next-to-last part echoing and answering the second, antepenult the third, etc. As with scriptural chiasmus, too, (4) ring composition features rings within rings. See my Harry Potter as Ring Composition and Douglas’ book for more.

Can you give us an example of ring composition in a familiar story or film?

My two favorites are Verne’s Around the World in Eighty Days and Stevenson’s Kidnapped. Verne is OCD in having every means of transportation used going out to the antipodes being echoed exactly on the return trip. Curiously, he also has a soul triptych in Indian goddess, English rationalist, and French acrobat-servant. Only when the Indian is in charge does the world come to rights at the finish.

Kidnapped is a ring, point to point, with a Jekyll-Hyde pair, in which the sides of Scotland’s opposing identities compete and relate.

What is “literary alchemy?”

Literary Alchemy is the tradition in English letters of using metallurgical alchemy symbols, stages, and figures, even colors, to represent and deliver spiritual transformation in story.

Could you share an example of how literary alchemy was used in the Harry Potter saga?

Literary alchemy is used in Harry Potter as the story scaffolding, by which I mean the sequence of story events through the seven books and the basis from which its greater symbolism is to be understood. This is explained in my books, but the sequencing serious readers have found in the books is a reverse cycle, i.e., red, white, black, story turn in Goblet, and then a straight forward black-white-red series in the last books. The story symbolism, from the Christ resurrection tokens to Hermione as alchemical mercury and Ron as alchemical sulphur (the Quarreling Couple catalysts), is taken from the tradition of Great Work representation in poetry, drama, and novels.

What is a “soul triptych/diptych”?

A ‘soul triptych’ is a story representation of the three powers of soul, which are desires/passions, will/mind, and heart/spirit (what we call “body, mind, and spirit”).  This is done via three characters who most aptly represent each and their relationships with the others.  For example, Ron, Hermione and Harry, or Gale, Katniss, and Peeta.

A diptych is a two figure story in which Soul and Heart, Mind and Passions, are represented; think of Stevenson’s Jekyll and Hyde and the two principal figures of Kidnapped. It’s a trope as old as Plato’s charioteer in the Phaedrus and as important as the sibling trio in The Brothers Karamazov. What makes it so effective is that our reading heart identifies with the heart figure and our soul takes on the relationship and transformation of its faculties in line with the experience of the characters portrayed.

How did you discover these concepts?

I read Stanton Linden’s Darke Hiergoglyphicks and Lindy Abraham’s Dictionary of Alchemical Imagery to learn more about literary alchemy after studying Martin Lings’ Secret of Shakespeare and Burckhardt’s Alchemy as an undergraduate.

Soul triptychs are something of a cliché to Platonists and to readers of C.S. Lewis’ ‘Men Without Chests’ in Abolition of Man. I didn’t discover any of them myself, alas!

If a writer is interested in learning more, which of your books would you recommend starting with?

The only thing I’ve written about rings is a LuLu.com edition of my lecture notes.  For alchemy and triptychs, The Deathly Hallows Lectures and Harry Potter’s Bookshelf. Thanks for asking!

What would you say are the most common mistakes that aspiring fantasy authors make?

Is there anything else that you would like to say to aspiring fantasy authors?  Any words of encouragement or advice?

Fantasy fiction remains the broadest avenue of resistance to the empiricist, individual, material/naturalist world view. If you understand this fight for what it is, to the barricades and huzzah! If you just like dragons and swords, well, I guess there is a place for that, too.

Question for Our Readers:

What do you think draws people to fantasy literature?  Is it the transcendent nature of the genre, the dragons and swords, or something else altogether?

Yeah… I lived in a community where some uptight city council woman got her panties in a wad over ‘witchcraft’ and Harry Potter. Almost succeeded in getting the books removed from the school and public libraries! But that’s just one of the things that make the Harry Potter series so historic and definitely worthy of advanced study. It has influenced our society in many ways.

I’m a big fan of Harry Potter but never dreamed of such a thing as a ‘Harry Potter Scholar.’ But I imagine since the series has had such a profound impact on the literary world and the social fabric of many communities, it is worth studying at such a high level.

I for one spent most of my life working in factories, doing the exact thing over and over, I joined teams to be able to better my factory and help the people who worked there. Fantasy gave me a way to releive some of the stress and to think about something other then work, or home which also was not a wonderful place in my real life. I don’t go as far as some people, but I love to read about beautiful places and people that are the same as us, but different in so many ways. I also like Science Fiction for the same reason. A get away from this old boring life for just a few minutes or hours.

It is that and the idea of solving problems with magic that there is an answer to that which you don’t understand or just that you want to escape to somewhere that is filled with folly and excitment at the same time. Doesn’t make a different as long as it is well written and filled with some serious thought and brought to you with true door opening into a world of magic, adventure and good overcoming evil.

the truth???…………people want a better world then what we have , and that will never change…

My response to this post required more space than a Comment allows, so I just put up a post in rsponse to it called “What Makes Fantasy Literarature Valuable?: http://termitespeaker.blogspot.com/2013/01/so-what-makes-fantasy-literature.html
I hope you stop by and have a look!

for some the fine line is blurred beyond that is comprehensible.

its an escape from woes of reality….the hope that in the end that someone will rescue us in reality

You’d probably can’t find another writer like Rowling. I was quite sad when she ended the series 19 years into the future, though it was definitely better than ending with his demise.

Fantasy stories give me a good dimensional escape from reality. I’ve always fancied the other world and even created artworks of my imagination. My favorite author is Fritz Leiber, probably because of my craze for the art of swords. His world of sword battle play never fail to get my adrenaline pumping.

@Matthew I sure hope virtual technology will advance far enough one day, so we can experience the imaginary world that have been driving our dreams. It really hurts me every time I get told to stop “dreaming in my fantasy world”. It’s a tough niche to venture into, but I know that it can be done.

@Matthew It’s been a long time since I read them, but I loved Fafhrd and the Gray Mouser!

You know they say “You live many lives as a reader.” I’ve probably gone through countless lives now since I was first hooked to this genre in grade school. I feel like I’ve dived into the 4th dimension whenever I hit on a fantasy book every single time.

Belief that there more mystery to life than we can see. Plus the desire for adventure beyond the dull hum of reality.

Everything the imagination desires can often be found there!