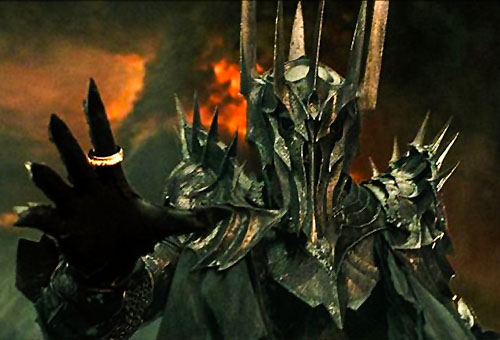 This is Part 9 of the Mythic Guide to Heroes & Villains.

Can you think of a few stupid villains that are well known? What names come to mind?

If you’re writing for young children or an outright satire, then your villain has an excuse to be stupid. Beyond these exceptions, you will want your villain to be very intelligent.

You want your villain to be very well learned and cunning. While most heroes come from humble beginnings, the majority of villains are written as being well-seasoned in their trade from the moment we are first introduced to them.

They can easily outsmart the hero from the beginning, because they have done it all before. An evil tyrant didn’t climb to the top being unopposed, and he has certainly not retained his throne without a challenger surfacing now and again.

Even if your villain is not written with a genius level of intellect, you must resist the urge of writing him or her as being stupid. The story is much easier to write if the villain is stupid; the villain makes some tremendous mistake that the hero exploits, and the story ends. But easy writing is not the same as good writing.

While the villain is sometimes defeated through his own error — or by the hero outsmarting him — it is typically some tiny detail that he cannot be faulted for overlooking.

Put yourself in the place of Sauron. Were you in command of his armies, would you have placed soldiers around Mount Doom, expecting two tiny hobbits to sneak past your overwhelming outer defenses and resist the rings tempting properties well enough to cast the ring to its destruction?  Or… would you have instead focused all your forces on the human and elven armies opposing your rule?

Every decision he made was tactically sound. Placing large numbers of forces around Mount Doom while already struggling to claim human territory would have been the more paranoid and unintelligent choice.

If your villain makes an error, it must be a justified one.

People need a reason to side with the hero and not the villain. The typical means of doing this is to make the character immoral.

But, far too many people try to write villains as being thoughtlessly devoid of morals. Give your character a reason for throwing his morals to the wind. Better yet, consider giving him his own set of principles that conflict with others.

Claude Frollo in The Hunchback of Notre Dame is an excellent example of a memorable character with immoral characteristics. In the original novel, he is actually employed by the church and is a highly religious man.

When encountering the lead female, Esmeralda, Frollo becomes obsessed and develops a deep lust for the woman. A celibate, Frollo convinces himself that he is not responsible for the lust.  Rather, he rationalizes that the blame lies with Esmeralda for having sparked this temptation.

His flawed method of thinking becomes the source of his crimes during the novel. He is not an outright evil character, devoid of feeling and morals. He does feel genuine affection for Esmeralda, but his response to the feelings is what makes him immoral. He abducts her, and even kills a man out of jealousy for her.

Even characters that seem as though they are entirely devoid of morality at first glance can prove otherwise. For instance, many people imagine serial killers doing evil and harm just for the sake of doing evil and harm. While this may be true, they are still capable of feeling other emotions and desires, and this is what makes them more than just two-dimensional characters.

In Red Dragon, the serial killer forms a romantic relationship with his co-worker part way through the novel. He becomes conflicted and even tries to change his ways to pursue a new way of life. He is also portrayed as being mentally ill and not simply killing for the rush. Instead, he believes he will reach a higher state of being through killing.

Make your villain immoral, but not at the cost of making him one-dimensional. The elements which cause him to do wrong must be numerous and/or complex — and above all, interesting.

Read more of the Mythic Guide to Heroes & Villains.  Part 10 will look at Determined and Wounded Villains.

Have you guys watched Ocean's 11? Or any of the Oceans? Well, they are pretty cool, and I love how they always "lose" *wink wink* but actually they win anyway. So I guess the good guys being ready for everything the villain does is also a good add-on. Because the villain can't act without first knowing the hero's actions

I often have a very difficult time believing that an utterly immoral, or even downright evil, person is all too intelligent. There's something very deficient in such a character. I can understand ambivalence or equivocation, but absolute immorality expressed through the most heinous acts? Doesn't it betray a sort of lack of intelligence, the kind that arises through narrow tunnel vision? In other words, the villain focuses down one path but simply can't see multiple paths.

I disagree. There are people in real life who are both intelligent and evil. Many psychopaths, corrupt politicians, ETC. People who perform evil acts and/or have no morals are not necessarily stupid. That's not to say that they are inherently smart, either.

he simply brought overwhelming power against all obstacles.

Yep, I think overwhelming power is a great substitute for intelligence in a villain. In fact, it may be the better choice.

I often have a very difficult time believing that an utterly immoral, or even downright evil, person is all too intelligent. There's something very deficient in such a character. I can understand ambivalence or equivocation, but absolute immorality expressed through the most heinous acts? Doesn't it betray a sort of lack of intelligence, the kind that arises through narrow tunnel vision? In other words, the villain focuses down one path but simply can't see multiple paths.

But then again, there are different kinds of intelligence. The sort able to see 10 steps into the future, as when playing chess, doesn't require being able to see outside the tunnel of one's own immorality. The sort of intelligence able to read people, see and exploit their weaknesses, may itself be a form of tunnel vision, insofar as the sociopath focuses his attention on other people in order to deceive them but simply cannot see himself through the same lens: the tunnel is focused outward and never bends back toward the observer.

Not so sure about villains needing to be intelligent to be dangerous. (for example only, witness the current political situation in the US). A much more relevant example is that of the 'Limper' in Glen Cook's 'Black Company' series – a wizard who was so powerful, so monumentally arrogant, he didn't need to think – he simply brought overwhelming power against all obstacles.

But these days writers will be called out for "villain is mentally ill" as being non-PC…. "mentally ill people suffer far more violence than they inflict"…..

I think that most of the attacks on the Joker film were unwarranted. It is true that the vast majority of mentally ill people are not dangerous, and that they are more likely to be victims. At the same time, there are sometimes real life villains who suffer from mental health issues.

While I think that the trope of "mentally ill killer" is overdone, I don't think that it should be forbidden, either.

But these days writers will be called out for “villain is mentally ill” as being non-PC…. “mentally ill people suffer far more violence than they inflict”…..