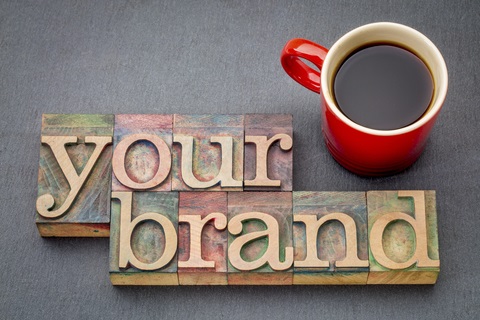 Writing a book is not enough. You have to have an audience eager to buy the books that you write. One way to do this is by building your own author brand. Here are five good ways to make this happen.

Tip 1: Use Word of Mouth

At the end of the day, books are never advertised the way that movies and television shows are. They’re spread primarily through word of mouth. So first, you need to be a good author.

Image and marketing can sell your first book. But if your readers aren’t happy they won’t return to buy your second book.

There are pros and cons for a writer to specialize in one subject. One of the pros is that it helps you to gain recognition, and build a following in one genre.

Stephen King is a good example, as the widely regarded king of horror. Staying true to one genre for so long helped establish his author brand. When he initially wrote outside of this genre, he used a pen name.

Tip 3: Know Where to Sell

You need to know who your target audience is, and determine the best way to move your product using that information.

If you write short stories, you may have a hard time selling them as books in a bundle. Perhaps post them for free on a blog, and earn some income through advertising on the site.

Those who sell erotica use online shopping to their advantage. They know that a reader has more privacy downloading something onto a kindle than they do when they take a physical product up to a sales clerk.

Find out where your audience already goes — and take your book there.

Tip 4: Pick a Name that Works

It’s an old trick, but never underestimate the power of a pen name.  An evocative name that fits your genre can be a tremendous asset.

There’s also the issue of gender. It’s unfortunate that some readers still make a prejudgment on a writer’s ability based on their gender. J.K. Rowling originally used her initials because it made her name more ambiguous, and people could assume the author was a man. Later, she wrote a detective novel under the name Robert Galbraith just so the work would stand alone and not be compared to her previous work.

Some men who write erotica or romance use a female pen name, because most readers of those genres are female. They often feel a female writer can more effectively produce a product for women.

Most authors feel it’s good to use a separate name for each genre so you can brand your name with that type of fiction. You want your name (or your pen name) to be branded as “The Romance Writer” or “The Expert in Horror fiction”.

A lot of people help make a movie or a television show, and so a lot of people help to push the product once it’s finished. A collection of actors, writers, producers and directors go around making appearances, doing interviews, and attending panels.

But if you write a book, it’s not an entire team of people that’s going to go out and talk about the product. It’s you. Just you.

This is especially true if you’re just starting out, and are trying to establish your author brand. This is obviously true if you’re self-publishing. But in today’s climate of economic downturn in the publishing industry, even a large publishing house doesn’t spend much on marketing new authors. They expect you to build your own brand and platform.

So find places to talk about your book online. Start a blog. Guest blog on popular blogs. Send your book to reviewers. Do as many signings as you can. Get your name out there.

No one else is going to do it for you.

What steps are you presently taking to build your author brand? Are they working for you?

Have you tried anything that did not work? What did you learn from from your failures?

Know your audience and market to it. The luckiest writer in the world – E.L. James – would never think James Patterson fans are reading her stuff, know what i mean?

I have never actually had a book in physical print form. I have only ever sold my books on Amazon as ebooks which can be a reason why not many people ever heard of them nor read them. As for the comment above… I see nothing wrong with it at all. I use a writing name myself. Many actors and actresses who are famous don’t use their birth names. It is a very common thing in the art world in all sectors.

I’m rather surprised by the pen name strategy. It feels almost like an outright deception to your readers about who you are!