This article is by Sheila Wisz Ellayn. 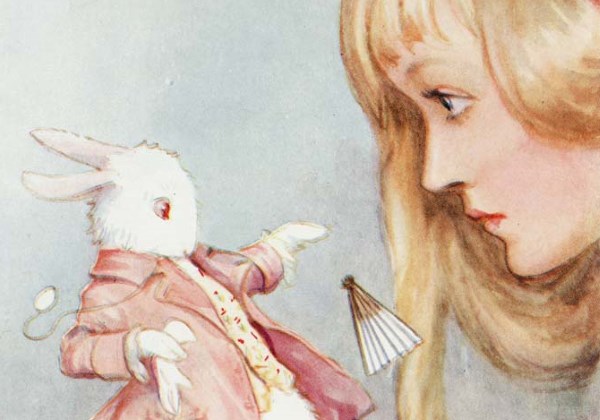 It was a beautiful summer evening on July 4th, 1862, when Reverend Robinson Duckworth began to row a boat on the Thames to take the Liddell sisters home, after having enjoyed a picnic earlier that day.

The three young girls were the daughters of Henry Liddell, the Dean of Christ Church College at Oxford, England, and nobody expected that anything out of the ordinary would take place during that peaceful travel.

With them was a young man called Charles Lutwidge Dodgson, an Anglican Deacon and a personal friend of Reverend Duckworth. Dodgson was a talented Mathematician and a professor at the College. The deacon was not a famous man at all, but that evening his life would change forever.

It so happened that the Liddell sisters, Lorina, Alice, and Edith (aged thirteen, ten and eight respectively) were not excited enough about the boating adventure, and they asked for Charles to tell them a story. After all, Dodgson was their best adult friend and he had told them many inventive and entertaining stories before.

The story that the mathematician created right there on that boat, while Duckworth rowed and the sisters listened, would eventually become one of the most famous and most beloved stories of all time.

Who was Lewis Carroll?

Charles Lutwidge Dodgson was born at Daresbury, Cheshire, on January 27 of 1832. He displayed a notable gift for imagining and telling stories from a young age, and he was capable of illustrating his own works as well.

Dodgson also felt a great passion for theater and opera, but it was in the field of mathematics where he would display incredible and promising talent.

The man that would later become famous under the pen name Lewis Carroll started his academic life at Rugby School, Warwickshire, but very soon he moved to Christ Church College of Oxford in which he graduated as a brilliant mathematician.

Dodgson became an Anglican Deacon later in his life at 1861, even though he never considered himself especially religious, and he continued to dedicate a great part of his life to the teaching of mathematics.

Reverend Dodgson was a photographer as well, creating many beautiful and artistic portraits. The man was many things, but one thing is clear: his profession was mathematics, not literature…

What happened that day while they were in that boat, then?

Alice Liddell had heard many stories from her friend Charles Dodgson over time, but she had never been as fascinated by any of those stories as she was on that evening of July.

The deacon was not expecting to tell a story while they traveled, but faced with the insistence of his friends he had no choice but to fire up his imagination… and then, he began to tell a story about a little girl called Alice that followed a white rabbit and fell down a deep hole. 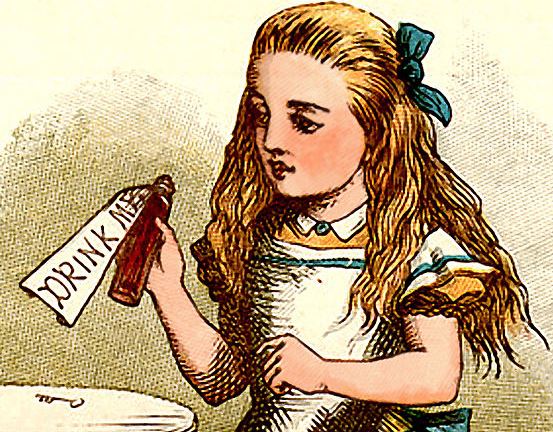 The rest is history, and we can be sure that something in him was different that day.

Charles Dodgson was so creative that evening, that even his friend Reverend Duckworth would later speak about how impressed he had been by the sheer imagination and enormous inventive power of the Deacon.

I believe that Charles was not only a natural-born storyteller, but he also must have received a huge spark of inspiration while that boat sailed down the Thames. More than a spark, it was a bolt of lightning that hit him so that a wonderful story would come into the world.

The Story as a Spiritual Entity

A good story can shine through poor writing. On the other hand, not even the best writing in the world will make a bad story a success.

I believe that stories are, first and foremost, spiritual entities. I am not sure whether they come straight from our imaginations or from somewhere else, but a story is not some kind of cold and calculated structure that is built by means of words and paragraphs.

A story is a living creature, and they have souls of their own.

As storytellers, our work is to help the story to get told. We have to channel what is coming to us, and writing down all of it is simply the easiest way to record the language and narrative skills that we are using to get the job done.

That day in 1862 Charles Dodgson was not writing. He was telling a story directly from his imagination by means of his voice. 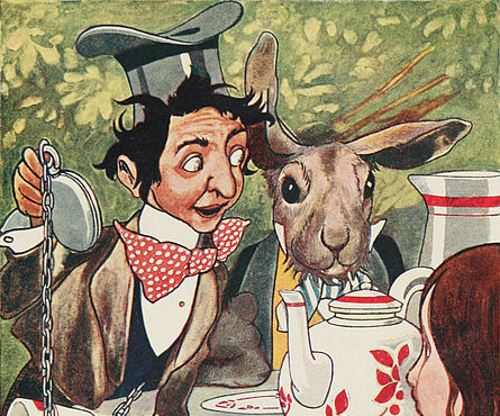 Alice Liddell and her sisters listened to every word, and Alice loved that story so much that she asked Charles to actually write it down for her.

Robinson Duckworth later described how Dodgson spent an entire night composing the first manuscript, and the final version of Alice’s Adventures Underground (beautifully handwritten and illustrated by Charles himself) was a personal present for Alice Liddell some time later.

This illustrates what I am trying to say: Imagination comes first, narrative abilities come second, and writing comes last.

It’s true that the original story underwent certain changes before it would be published as the smash hit Alice’s Adventures in Wonderland a few years later, but nonetheless one of the most famous stories of all time was born on a row boat.

Tell a Story Without Writing It

An excellent exercise for us storytellers is to tell a story without the activity of writing. Imagine it, feel it, dance with it… and then tell it to other people or to yourself, by means of your voice, simply speaking out loud. 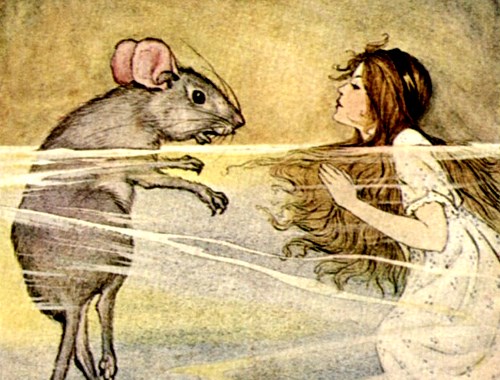 This is a powerful way to stimulate the imagination, which is the source of stories after all. Telling the stories is what we have to do, but without the active imagination and the narrative skills necessary to do so, not even perfect writing would be of much help.

In case you are not a very talkative person, you can also tell the story to yourself inside your mind.

Imagine it first, and write it later. When a story comes to me I imagine it first, get to know it later, and finally I start to write it. This results in a pretty awesome experience.

Have you ever told a story of considerable length without writing a single word? How did it go?

What do you think of the life and legacy of Lewis Carroll?

Is imagination the main fuel and power behind your creative process?  Or do you rely on something else?

Dreaming up stories are what I’m best at. It’s getting them down on paper that’s the hard part. I’m not a natural born storyteller.

Great article! Thanks for sharing the history of Lewis Carroll. I knew that was a pen name, and I knew that he was initially more into mathematics than English or writing, but I didn’t know the details about the birth of Wonderland.

You also make wonderful points about stories being living, spiritual entities of their own. Also a great reminder that stories are older than writing – oral cultures told stories long before they had writing systems.

Imagination is definitely my main fuel for my writing. In fact, sometimes I think my imagination is a little too wild, and I have to tone things down and get organized to be able to birth a story worth writing down. Maybe telling a story out loud would help me with that!

Hello Grace, and thank you very much for reading my article and for your comments. I wanted the article to be a tribute to the life and legacy of Lewis Carroll, a little present from me for him even though he lived a long time ago.

Carroll is one of my mentors as a storyteller and writer, since I developed my quick and crisp narrative style thanks to him and also Michael Ende.

Indeed, I think that it’s very important to remember that our main job as narrators is to tell a story.

I think that (at least in the Fantasy genre) having a wild imagination is very important, and this means that we have to embrace and celebrate imagination.