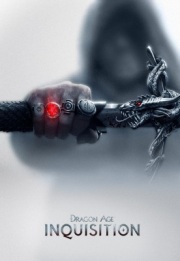 With the release of the next generation of gaming consoles, namely the Xbox One and the Playstation 4, gamers of all types are amped to get their hands on a controller.

With the new capabilities of these fresh consoles, gamers can set their expectations high and have them answered. But what I’m really excited for are the next gen fantasy titles.

With all the new capabilities of these consoles, I’m looking forward to bigger worlds to explore, new adventures that I can even embark upon with my friends, and something that can really captivate me like games used to when I was a kid.

But, I have my worries.

Having grown up playing great titles like The Legend of Zelda, Baldur’s Gate, and Fable, it was only natural for me to keep looking for newer games that could capture my attention like they did. But games like those were very few and far between. Every year, to me, it felt like games sacrificed memorable storylines and characters for more inventive gameplay and mechanics until video games changed from what they were about to how they were played. And suddenly, they began to lose their magic.

I’m definitely not saying there haven’t been great strides made in the gaming industry, it’s just… I wish games would go back to their roots. To me, the best games I’ve played were built around a single premise, an idea, or a story and they flourished from it; there wasn’t a need to keep tinkering with the idea and over-complicate it – it just worked.

Those games didn’t need the best graphics or the latest, greatest engines to be awesome. They had great stories. Now we have the opportunity to have both, to reach a level of immersion never before experienced.

What happened to difficulty?

Skyrim was a breeze. Fable III made me die a little inside. Don’t even get me started on Halo 4. But alas, there was hope. A little game called Dark Souls came along and televisions everywhere were subjected to onslaughts of verbal abuse.

In this case, frustration is good. The game practically drops you off and tells you, “figure it out.” No glowing arrows telling you where to go or what to do. I don’t remember there being any magical lines for me to follow in the water temple in The Legend of Zelda: Ocarina of Time. If you wanted a quick way through a game back then you, had to buy an actual guide book. The mental challenge is one of the best parts of a game. Why is it so often left out?

I miss the feeling of overcoming a very difficult raid boss in World of Warcraft. One that you and your guildmates have been working on for days or weeks, staying up until God knows when until you formulated a plan. It gave you a sense of accomplishment and pride for pushing through and progressing further on in to the big raid dungeon that other players around the world haven’t reached yet.

Now I’m told there’s an easy-mode for bosses or raids. To me, that’s erasing the very nature of the game. The fun part was getting good enough and learning how to beat the challenges the game presented. Having an easy-mode robs players of that sense of accomplishment. I remember spending an hour just trying to get past a few rooms of a dungeon in a Baldur’s Gate game, because the slightest error would leave my party with one less character in it. Permanently.

There needs to be one difficulty: challenging.

There’s a lot I’m looking forward to when it comes to the next generation of gaming. I’m itching to jump into the monstrous mechs of Titanfall. Dragon Age: Inquisition looks like everything I’ve ever wanted. And you know I’ll be kicking some alien you-know-what in Destiny.

But before I play any of these, I hope game designers take a look back into the past, to see what made gaming into what it is today, before they move forward.

So what are your hopes for the next-gen fantasy titles? What’s the one thing you hope game developers get just right?

The funniest irony on game difficulty is this: If you have better brains/technique, it doesn’t mean anything in all things PvP so long as the other fellow has better equipment/characters. When they don’t fix something that’s not broken, this is what happens.
As for PvE, I think the greatest sin committed by whatever powers-that-be lies in a gross lack in effort. Granted I’m generalising here, but I believe there’s an insane demand for kicking human @$$ rather than just fighting equally, if not more challenging AI. We humans enjoy proving ourselves against others, but this is not possible 24/7. And by others, I mean fellow human beings.
On the plot, I won’t say it’s a worrying trend because people tend to say novel writing standards have hit a major low for the past decade or so. At the moment, I think the only authors globally recognised in terms of standard are J.K Rowling and G.R.R Martin.
Interestingly, Japan used to be the Holy Grail when it comes to fantasy RPG. Titles like Final Fantasy, Legend of Zelda, The Last Story, etc are prime examples of Nippon never dies. Sadly, even Japanese fantasy games are scrapping the barrel’s bottom with very few individuals being globally recognised. Here’s an interesting article on where Japan may go in the next 5-10 years although I’m using Wikipedia here:
http://en.wikipedia.org/wiki/Operation_Rainfall
P.S: I find the this post quite surreal in a sense that I thought this is only a blog for fantasy writing. Even more surreal is the fact that I ended up doing this despite having no actual gaming experience.
http://unanswered-bloke-works.blogspot.com/2013/08/argh.html

I’m another one absolutely chomping at the bit for Dragon Age:Inquisition. If Bioware get it right, it could well be the game of the year. Very excited!

Definitely a Game of Thrones MMORPG that isn’t P2P.

I would like to see more multi-player experiences.  I especially want to be able to play with whoever is sitting right next to me on the couch, on the same console.
That’s probably why I love Diablo III so much.  My wife and I can play together, and it’s a thousand-times more fun that way.

In the MMO’s I’ve played if you haven’t Youtubed the raid bosses you can expect to get kicked.  I don’t know about an easy mode – but most people are much more geared and the dungeon fights are so well known not so much of a challenge any more.