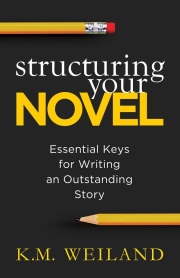 This article is by K.M. Weiland.

“Plot vs. character”—we hear it all the time, as if the two were mutually exclusive. Either your book is plot-driven or character-driven. Can’t possibly be both, right?

And anytime we run afoul of an either/or conundrum, you gotta know people are going to start believing one or the other is not only the best way, but even the only way to write a book.

Let’s consider this a little more microscopically. What would it take to make one or the other of these combatants “more important” than the other?

Why Plot Is More Important

Plot is story. It frames the conflict and thus the action. It generates high-concept premises. Speculative fiction, with its solid basis in high concepts, is firmly rooted in the tradition of plot-driven stories.

Where would Brandon Sanderson’s Mistborn, Patrick Rothfuss’s The Name of the Wind, and Brent Weeks’s The Way of Shadows be without their killer plots? Awesome characters who sit around poking each other on Facebook, instead of duking it out with magic in high-stakes, winner-takes-all plots, just won’t cut it.

Plot is structure. The classic three-act structure (which I discuss, in depth, in my book Structuring Your Novel: Essential Keys to Writing an Outstanding Story) is what creates and guides a strong plot. No structure, no plot, no story—or at least no story worth reading.

Why Character Is More Important

Character is also story. More than that, character is the heart of story. What good is a killer plot without the actors who bring it to life? Stakes only matter insofar as there are people to gain or suffer by them.

Readers relate to stories through the characters. Cool magic systems and world-ending conflict may be interesting on a surface level. But they’re only worth reading about because of the worth of the characters who use the magic and live through the conflict.

Turns out that character (specifically character arc) is also structure. Characters and their conflicting inner and outer goals create the thematic questions that frame our stories. We can come up with a perfectly structured plot, but if we haven’t also created a structured character arc, our stories are likely to turn out drier than a matzo cracker.

Why Plot and Character Are Equally Important

Plot and character don’t exist in a vacuum. We could make several arguments for why one or the other is slightly more important. But, honestly, whatever answer we may come up with (and we’re likely to each come up with different answers) is academic.

Here’s the truth: to create a powerful story, we can’t afford to neglect either plot or character. Instead of having them wage war against one another, we need them to work together.

A perfectly structured plot will never live up to its potential without an equally solid character arc.

A compelling character arc will never be able to hold up its own weight without a properly structured plot.

More than that, the various aspects of structure and character arc must be built one upon the other. The First Act (in which we set up the plot by introducing characters, settings, and stakes) is also where we will be introducing the beginning stages of the character arc (the character’s overall goal, his greatest need, and the lie he believes which is holding him back from achieving that need). They all mesh together! How cool is that?

No need to pick one over the other. When we understand how plot and character can (and should) work in perfect harmony, we get the best of both worlds. And so do our readers. 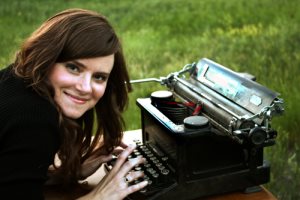 K.M. Weiland is the author of the epic fantasy Dreamlander, the historical western A Man Called Outlaw and the medieval epic Behold the Dawn. She enjoys mentoring other authors through her website Helping Writers Become Authors, her books Outlining Your Novel and Structuring Your Novel, and her instructional CD Conquering Writer’s Block and Summoning Inspiration. She makes her home in western Nebraska.