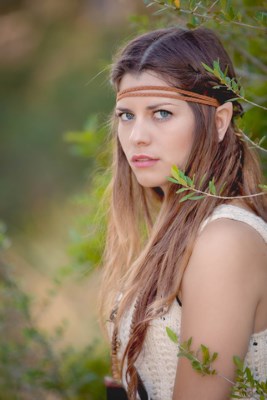 After a recent break from writing, I’m back in the chair and am assessing my unfinished stories and the world I’ve forged around them.

One story in particular, The Rage Within, was written to explore a race called the Dagorans. They are a gray-skinned folk afflicted with a berserk-like rage. Sifting through my notes revealed the possibility of them interbreeding with eight out of nine physical races.

This fact conflicted with my original intent of having a diversity of races. Were all my races really humans with differing physical traits?

A systematic approach to defining your races will help shape the underpinnings of your world. How are the races related to one another? Do they share a common ancestor? Can they interbreed and produce viable, fertile offspring?

These questions help define your races’ distinct sociopolitical boundaries. The world will feel more authentic, and many readers will appreciate the invested thought.

Then there is the question of survival. Many fantasy worlds contain races that span the evolutionary spectrum. If we use the classic fantasy races, we would place the orcs and goblins on one end and the elves on the other. All the races seem to coexist and thrive, but historical evidence would suggest that to be unlikely. Take the Neanderthal extinction in the face of the Sapiens expansion. If we liken the orc to a Neanderthal, how would the orc continue to thrive in the face of more highly evolved races?

This task cannot be summed up in a few paragraphs, but there are two key concepts which seem to separate us from other living creatures.

Our intellect is evolved beyond all other species. We are capable of not only language, but of many languages. We can adapt at a spectacular pace and can fashion tools that bend nature to our will. However, intelligence isn’t enough to make us human. We also possess a complex, and sometimes bothersome, range of emotions unlike any known creature. Pair this with episodic memory, something unique to humans, and we recall past events and all contextual knowledge associated with the memory.

The age of artificial intelligence is just around the corner. Will we consider future creations human because they can mimic our intellect and emotional range? Not if we consider genetics. A species is considered human if it can interbreed with a human and produce fertile young.

Genetically, it is possible for species belonging to the same genus to produce infertile young. In rare cases, if the species are closely related, they can produce fertile young. Simply put, a fantasy species that can interbreed with a human and produce viable young must possess a nearly identical genome. The Neanderthals were within tenths of a percent. The closest real world living species to humans are the bonobo and chimp. Both are within three percent or less (some argue less than half a percent) of the human genome and yet we cannot interbreed.

Is Your Race Human?

After you’ve answered the first three, it is important for you to consider the last question. A “yes” answer would suggest the genome of your fantasy race and the genome of a human are within two tenths of a percent identical. This would imply that many of your race’s physical and mental traits are possible in your human. This would suggest the two races shared a common ancestor, and may force you to change the origin of your new race. In the case of real Sapiens and Neanderthals, the ancestral link is 400,000 years back.

This is important to consider, especially in light of their extinction. It is commonly believed Sapiens intelligence far exceeded Neanderthal. The migration of Sapiens into Neanderthal lands led to the removal of the weaker species. Some attribute the extinction to violence, while others point to the presence of Neanderthal genes in our gene pool to mean we simply bred them out. To put it plainly, our intelligence and ability to adapt allowed us to outlive them.

If you use the Neanderthals as an analogy to the classic primitive fantasy races such as goblins and orcs, consider explaining how these races survived in the shadow of more highly evolved peoples.

Any relatable race will be said to have an emotional intelligence within our human range. If they react to loss with sorrow, or danger with flight or fight, or possession with greed or any other human reaction to a common stimulus, they are acting human. This implies their evolutionary path is similar to our own, that through their evolution, they endured as our ancestors endured. Some small variations may exist, but the overarching themes will not.

So then, after you’ve considered the primer questions, ask yourself:

It can be said fantasy isn’t constrained by real world scientific laws. Fantasy is to go beyond real world constraints and imagine new possibilities. Such arguments are voiced when a better answer isn’t present.

The short answer: we are humans. We understand what falls within our emotional range and will consume stories that speak to our humanity.

I’m now in the process of restructuring my races. Beyond sorting out which are related to one another, I’ll have to consider other implications. Social barriers will rise, as will tension. While I can’t say I’m looking forward to the work, I’m pleased by the expanded potential for stories I’m creating.

Excellent post! I wish every fantasy author would read it.

I am being currently blown away by The Fionavar Tapestry trilogy by Guy Gavriel Kay. Whoa – that guy can write! He has men, lios alfar (elves), dwarves and some really evil villains. He even has the heavy hitters from Arthurian legend. My favorite race is hobbits for their loyalty, courage, love of each other and of a simple life, cheerfulness, and all else that makes them so wonderful.

How does he handle such details as interbreeding, if he does so at all? Do you like the level of detail he puts into his races?

I’ve aways considered my evolved giant termite species to be “human.” In my Mythmaker Precepts, No. 17 says, “There are creatures in the universe who speak, form symbols, and share emotions; these may be called human.” I defnitely agree with everything you say in ths article, and I believe my intelligent termites have all these characteristics. On their planet they are the only intelligent beings, bu they are divided into several species with differing morphology, especially in the Warrior Caste. Different species cannot interbreed, but they all have a common ancestor, and some of the subspecies are related closely enough that they can interbeed. All the species share certain customs and behaviors, but there are enough differences in culture to yield opportunties for conlict. They speak different languages (all derived from a common ancestral language) and have slightly differing religious beliefs and myths.

Agreed, interesting article. Gives one a lot to think about. I have elves and humans who can interbreed. There’s not that much difference between them physically. It’s much more cultural. Also trolls – who can breed with both – it’s rare but it happens. Plus elementals who can, in theory, have half breed offspring – but that’s more magic than anything. Magic has a lot to do with it.

What have you considered about your races? I have an elf inspired race, as well as humans. They can interbreed. One thing that I’m now facing is how to keep them from interbreeding completely and forming a new race.

The process has already started, which I’ve labeled as a third race. What does their existence mean for the humans and elf-inspired race?

Wonderful article. The subject of races is always key when developing a fantasy world. I’ve seen many discussions on the forums here in relation to this topic.

Personally I’ve always been opposed to the concept of half-breed races, for many of the reasons you present here. And it’s always frustrating when trying to discuss the issues of genetics you get the response, “Because … magic.”

That being said, it would be interesting to explore a world where half-elves were slowly but steadily becoming the dominant race, effectively “breeding out” their parent races because they combined the best traits of both.

I never thought about the implications of “half-breeds” until I revisited my world building. I did allow almost all my races to interbreed, but that felt lazy and disingenuous.

As for my other half-breeds concepts, most will disappear. Some will stay, but will be infertile.

A subset of the elves in my setting are able to interbreed with anything that has a soul (including forests and mountains (in theory)). This offspring, however, is infertile and can’t reproduce at all (except through divine intervention).
This means that while there are half-breeds of varying kinds, they’re pretty rare, and there are only a few of them (like the polar-elves (half elf and half polar bear)).
There are also creatures that exist as the only one of their kind – for better or for worse.