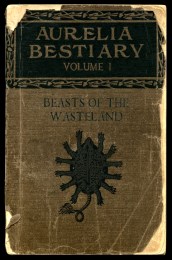 Recently at Mythic Scribes, we’ve enjoyed some exceptional articles on world building. I have incorporated tips from several already, with noticeable improvements in my organization and productivity in this challenging craft.

This process has also led me deeper into my worlds. In fact, lately I have been almost overwhelmed by all I have yet to discover about them—let alone communicate to my audience.

Faced with the gargantuan task of immersing readers in a whole world, one novel seems kind of, well, puny.

So I asked myself: “How can I redistribute that burden?”

Before I share my answer, I want to thank all who commented on my recent article about the interactive web drama AURELIA: Edge of Darkness. I’m happy to say that, after a successful two-week beta, AURELIA has now completed three full weeks of public performance—with nine to go in our first “season.”

As I’ve gotten to know our several dozen actors thus far, I’ve asked them what else they want to know about the world they have entered. Answers range from extensive mythology, to a legal code, to detailed drawings of creatures and machines, to short stories about everyday people who inhabit this world.

For awhile, I sent actors to my original serial novel for advanced information about the world. Then I began posting in-depth anecdotes on the Aurelia website. Finally, I realized that some topics deserved a book (or mini-book) in their own right.

Which brings me back to my question, and my answer.

For myself personally, I decided that while my novel should present a rich and deep view of my world, it does not have to be the only way my audience experiences that world.

To provide some fun new options for them—and help me dive deeper into world building—I’ve begun crafting a set of five separate texts. Each contains a story, but is not (like a novel) solely a story. I hope you’ll consider trying these yourself to enrich your own fantasy universe!

This is my current project, slated for release when AURELIA’s first season ends in October. The cover may look fancy, but it is really just an out-of-print book cover retooled by a clever friend. At 36 pages, my bestiary is designed for comic-style printing, of course yours can be much longer or shorter. The contents can be systematic, in the style of a roleplay manual. Or they can employ a multi-textual approach, uniting faux lab reports, field notes, newspaper articles, epic poetry, etc.

Regardless of your design choices, a bestiary allows you to explore the creatures (and in my case, mutants and machines) that inhabit your world. Texts like this engage detail-oriented readers, while freeing your novel from overly-elaborate descriptions that may repel readers who are not so biologically- or mechanically-inclined.

All of us can recall our favorite childhood fairy tale. Personal experience and scientific research both corroborate the importance of cultural fables in shaping our vision of our world. What would those equivalent stories be in your fantasy universe? Which plot devices, monster battles or social conflicts could benefit from a “literary backstory” that influences your hero’s behavior?

Now is a great time to begin writing those tales and collecting them in a volume of their own. By knowing more about the stories within your story, you increase the depth and power of your writing. You also open new possibilities for plot and emotional development. For my part, I’ve already sketched out a few tales from Aurelia’s literary history. In coming weeks I’ll be challenging my actors (many of whom are also writers) to expand that canon of tales.

I admit, this is one document in which the form (comic panels) may feel foreign to your ancient-, medieval- or Renaissance-era world. But comic books possess unique power to tell highly visual stories. Many popular novels become a comic series or graphic novel. What if you preempted this by releasing certain portions of your saga only in comic form? Or by offering a comic prequel to your novel?

Comics demand high action and tight, minimalistic storytelling. A comic could be an awesome way to delve into an important secondary character’s backstory. (That’s how I’m using one currently.) Or, it could stand on its own as a tale of a nation, tribe or elite magical order that gives the audience a “break” from the size and breadth of your novel.

This option may seem unusual, but letter-based (or epistolary) storytelling actually boasts a long and rich history in the Western world. Why not lean on this historic tradition and create your own series of letters between characters? Perhaps two or more of your heroes could correspond while separated on the quest. Or maybe some off-stage characters, who impact your heroes’ journeys from afar, could reveal more about their part in the whole affair.

Especially if you are not writing a first-person novel, letters can help you get into the heads of characters who may otherwise seem distant. As I am writing this, I just had an idea for a series of letters between two such characters: my hero’s mother and father. Their long-ago correspondence will impact their son’s upcoming adventures. What a tremendous resource for me (and my audience) to peek inside these crumbling missives, found in a recently-recovered chest . . .

For most of us, writing fantasy involves plenty of magic and combat. We writers pride ourselves on designing unique systems for both. And many like me, who infuse our fantasy with clockpunk or steampunk elements, must fulfill the demands of a quasi-scientific logic. Thus a magic or fight manual, written as if from a veteran practitioner to a novice, is a great test of just how well we know our own systems, and whether or not our quasi-scientific logic “works.”

I admit, these systems are tricky to develop (even trickier if you’re dealing with magic in combat!). But imagine how much faster and more confidently you will write (or revise) when every magic or fight scene flows from a system you’ve organized and laid down in print. Personally, I like take inspiration from FREE historical fight manuals at Wiktenauer and ARMA when I’m crafting these.

Supporting texts can provide a great creative writing exercise and fulfill an important role in developing your world. Hopefully, right about now, you’re feeling as inspired as I am! Let’s get to work.

If you’re new to this idea, what type of text do you think might benefit your story? If you’ve tried this technique in the past, how did it work out? 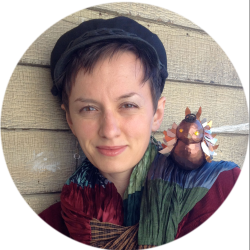 Lisa Walker England
Lisa Walker England is a serial fiction writer, film writer and graphic novelist from Milwaukee, Wisconsin. She loves mixing high fantasy with elements of clock- or steampunk, as well as designing transmedia experiences that allow an audience to enter her worlds as characters of their own. Connect with her at http://lisawalkerengland.com.

I think comic panels work well for this kind of writing. Look at the recent works of the Wonder Woman character. Her Greek/Roman Amazon origins lends itself quite well to classical mythology.

I just love how you have the freedom of adding such extra dimensions and life when it comes to your own novel. Sometimes I do find myself having difficulty expressing my story in words, and having a picture representing my thousand words on occasions did the job perfectly.

Sometimes it bugs me as to whether my reader will understand the mechanics of my fighting styles, and sometimes I find that the story gets sidetracked too far if I were to dive into the details. A separate combat manual sounds brilliant!

Sometimes it bugs me as to whether my reader will understand the mechanics of my fighting styles, and sometimes I find that the story gets sidetracked too far if I were to dive into the details. A separate combat manual sounds brilliant!

I’m writing a synopsis of many facets of my world, adding corresponding artwork, and putting them online.

I dunno if this counts as supporting text, but rear guard wardens beat my gruel fatuously, while rendered subtext glares vacant from the slob lines.

The stories I’ve written so far are supporting texts for the world I’m creating – or at least that’s how it started out.

I like to write little snippets from “existing works” like at the beginning of the chapters of the Dune series, to help me flesh out item I’m working on.

Spell compendium(Several, seeing as there are a few distinct magic systems in my world/worlds), bestiary(again, several), three world histories, and when I’m not writing, I’m learning several languages to try and create a few for my books.

I’ve written about the flora and fauna (both magical and not) of one of my kingdoms. And I started an extensive history of that Kingdom as well. 🙂

It’s by no means complete, but I created a campaign guide, a players guide, a spell compendium, a monster manual, and in some cases – new rules.

Lovin the parataxis! A